The family of Zara Aleena have paid tribute to the ‘big-hearted’ law graduate and vowed to create change in her memory.

The 35-year-old died in the early hours of Sunday morning, as she walked through an area just ten minutes from her home.

Earlier this week, Zara’s family described the void left by her death as ‘insurmountable.’

‘She walked. Zara believed that a woman should be able to walk home’, they said.

They have now vowed to work with politicians to tackle violence against women and girls.

Zara’s death comes after wide-spread vigils following the deaths of others like Sarah Everard, Sabina Nessa, Ashling Murphy and Bibaa Henry and Nicole Smallman over the course of the last year.

Zara’s maternal aunt, Farah Naz, said her ‘independent’ and ‘big-hearted’ niece ‘was the joy, the light of our home’.

She today spoke of the family’s determination to ‘change something’ in honour of their loved one.

Ms Naz told reporters: ‘I don’t think there is going to be closure, this is just the beginning of the conversation we need to have. 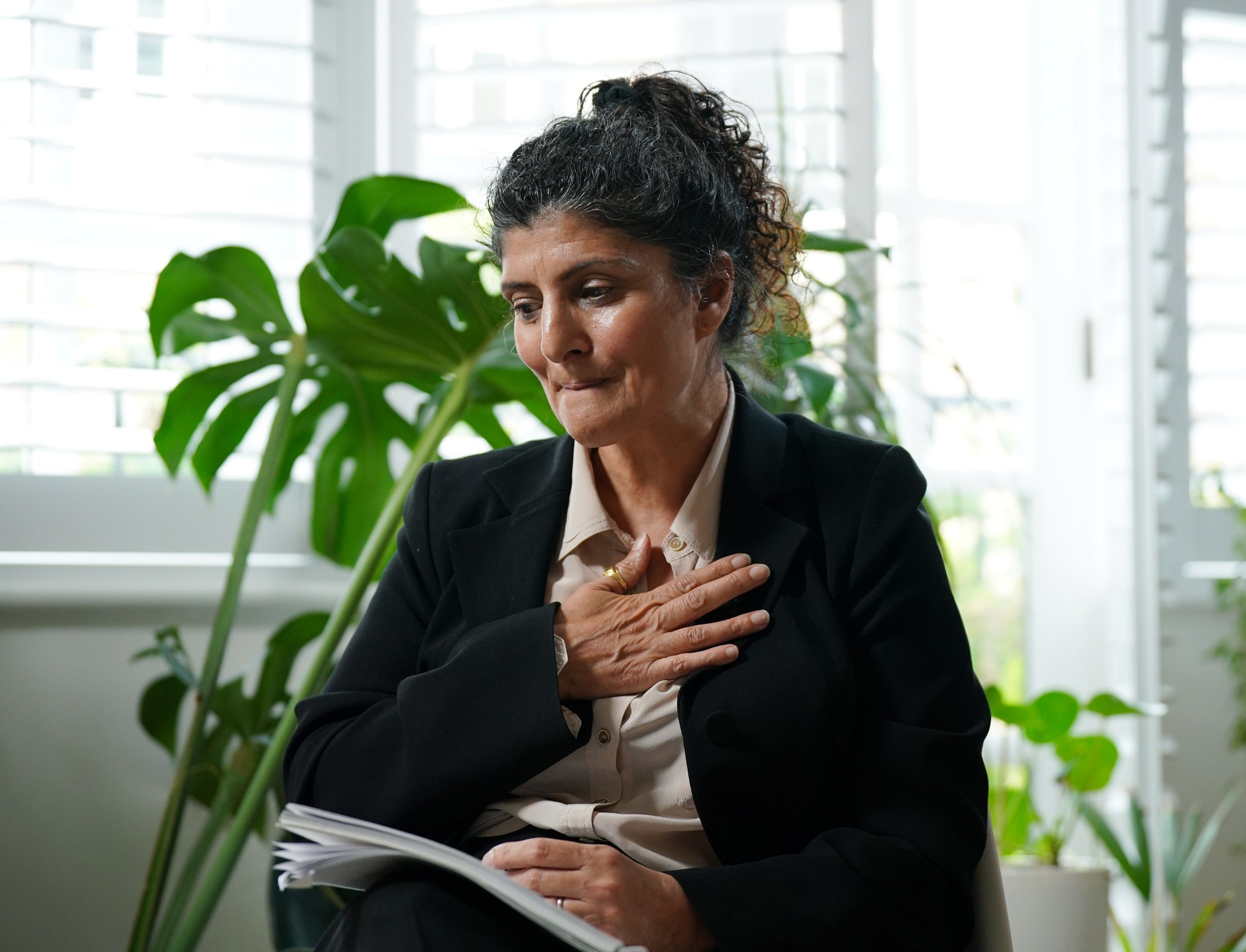 ‘I want to reach out and do something important and act, because that’s what Zara was about – we have got to change something.

‘I want to speak to the leaders of this country, I want to talk about the setting up of projects right now to prevent violence.’

Ms Naz said her niece – known to family members as Zash or Zasherooni – was conscious of the dangers women faced, but felt ‘safe’ walking in her local community which she knew well.

‘Zara was not a woman who was unaware that there were dangers in the world,’ Ms Naz said.

‘She did not imagine what happened to those women would happen to her.

‘She didn’t know she was going to be on this list because in her mind she took those precautions.’

‘That she spent the last few minutes of her life looking at something so horrible torments us.

‘She was not ignorant to the fact that women get hurt. This isn’t about making the streets safe, it’s about changing the mindset.’

Ms Naz said the family have been inundated with condolences and offers of support by members of the community, including various faith groups, friends, and the families of other women including Ms Henry, Ms Smallman, and Ms Nessa.

Zara, a law graduate, had recently started working for the Royal Courts of Justice and was ‘the happiest she had ever been.’

This Saturday, hundreds are expected to turn out for a silent vigil in her memory, where they will come together to ‘walk her home’.

Weeping, Ms Naz added: ‘We will never get through this, but it (the walk) will help us.’

Today, Jordan McSweeney appeared at the Old Bailey on Friday accused of murder, attempted rape and robbery in relation to Zara’s death.

He entered no pleas and was remanded in custody.

The 29-year-old, of Church Elm Lane in east London, will next appear at the Old Bailey on September 30 for a plea hearing.