Families held hostage by swarm of ‘30,000 bees’ in block of council flats

Single mother Kayley Harding, lives in a council-owned block of flats with her nine-year-old daughter Lacey, who has special educational needs. The 30-year-old claims she cannot open her windows for fear of letting the bees into her apartment.

The mum told Buckinghamshire Live that bees have been appearing at her home in West Bletchley, Buckinghamshire, over the last few years when the warmer weather arrives.

Kayley is growing frustrated as she fears her pleas for help have “fallen on deaf ears”.

She claims that calls to Milton Keynes Council have left her helpless, as the authority told her it is unable to step in as the bees are a protected species. 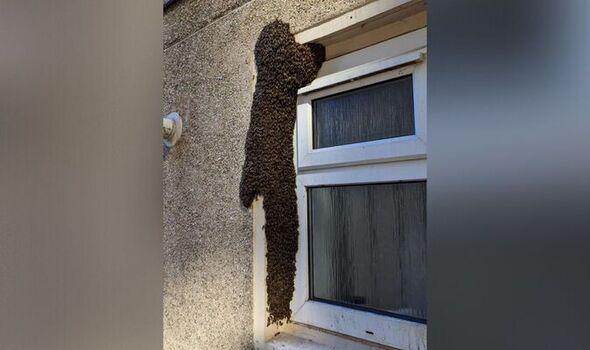 “This year it’s not even really summer yet and it’s already ridiculous.

“I’ve noticed a big difference with my daughter’s skin where we’re having to keep the windows shut.

“Her dad’s allergic to bee stings but I don’t know if she is. I don’t want to find out the hard way.

“She’s got global development delay, so she’s a bit scared. I think we all are here.” 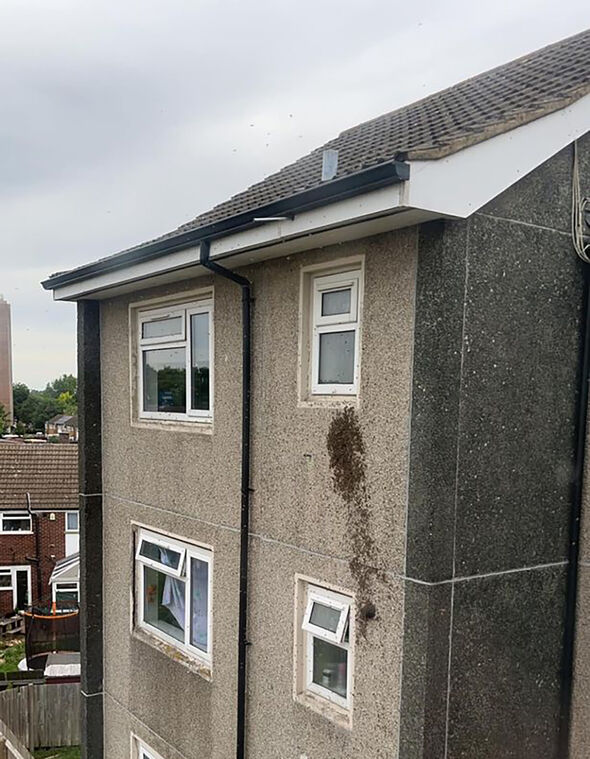 The block of 12 flats, Doune House, is set on four floors and has been plagued by three colonies of bees. Kayley said they have “completely taken over the building.”

She added: “We’ve got over 30,000 bees. They all seem to congregate on the ground floor overnight but in the morning they disperse and they’re all over the building.

“When they’re swarming, it honestly looks like a tornado. It’s awful. They sometimes swarm at the back of the building so we can’t really use the courtyard.

“You can stand on them at any time because they’re all on the stairwell.

“If my daughter gets stung, how do I know she’s not going to have an allergic reaction?” 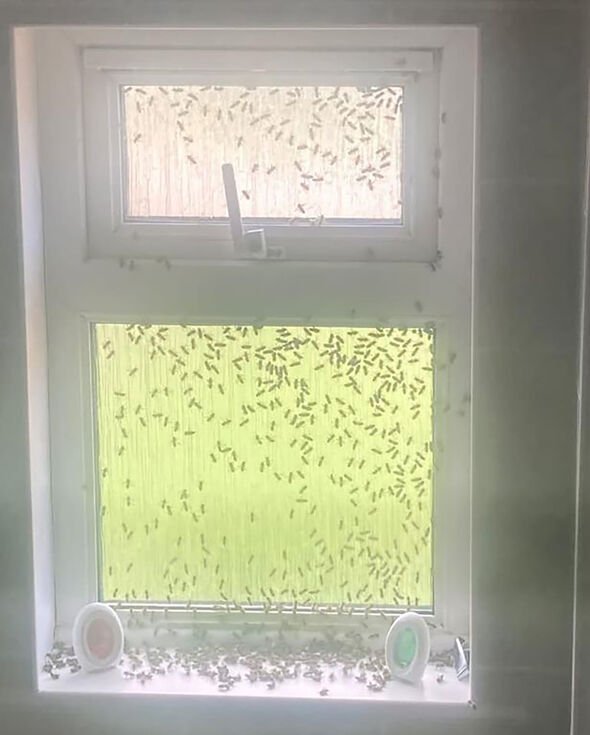 Kayley said one of her neighbours on the estate is allergic to bees and has had to “lock herself away”.

She continued: “I don’t want want to get to the point where someone’s life is at risk.

“My neighbour with an EpiPen is being moved to a hotel for tonight. But what is one night going to do? These bees have taken over.

“The council just don’t listen. I don’t think they’re taking it seriously at all.

“There are other children in the block. It’s just ridiculous.”

A Milton Keynes Council spokesperson said: “We’re carrying out a cleaning operation to remove the bees and have provided hotel accommodation for one resident.

“The council is looking at long-term solutions with our contractor.”