Extinction Rebellion’s latest protest has sparked chaos in Westminster, London after several activists from the radical climate change campaign group glued themselves to the ground outside Parliament. The activists blocked off “at least two entrances to Parliament” after gluing themselves to the ground, according to a reporter on the scene. Extinction Rebellion (XR) activists carried out the protest while MPs made their way into work at Westminster.

Extinction Rebellion said that they wanted to stop politicians from “causing more harm”.

They said: “Over a year on from Parliament’s declaration of a climate and environment emergency the government’s own advisors have said they are neglecting their own inadequate targets, with only four of 21 indicators on track and only two of 31 milestones reached.

“We will not be bystanders.”

LBC correspondent Rachael Venables tweeted that the entrance by the Parliament’s carriage gate had been blocked off. 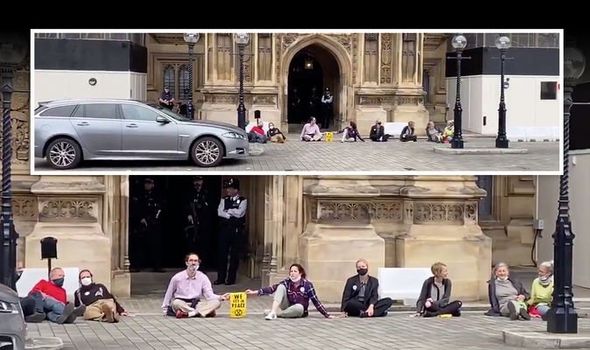 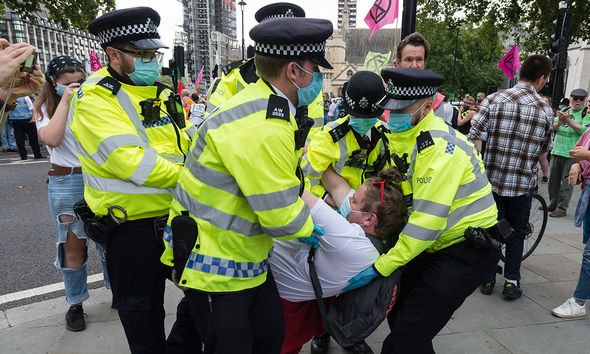 She tweeted: “Well since XR came on the scene the police have had a lot of practise at ungluing people.

“A specialist team of officers has just turned up to clear this Parliament entrance.”

A number of arrests have been made at the scene.

This comes after a renewed wave of protests from the Extinction Rebellion movement. 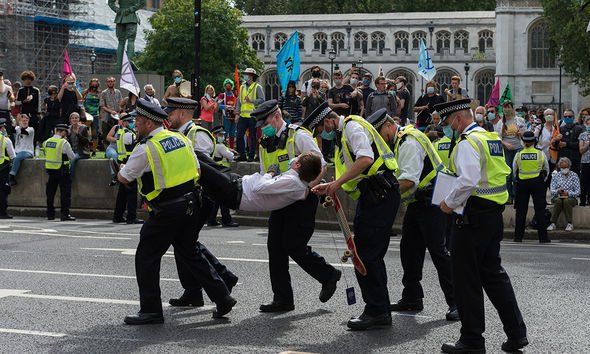 XR has said that the new wave of protests will last for two weeks as the activists try to re-focus politicians’ attention onto global warming amid the ongoing pandemic.

The protests in London and Manchester this week are aimed at pressuring the Government to prepare for a “climate crisis”.

On Wednesday, hundreds of supporters packed into Parliament Square. 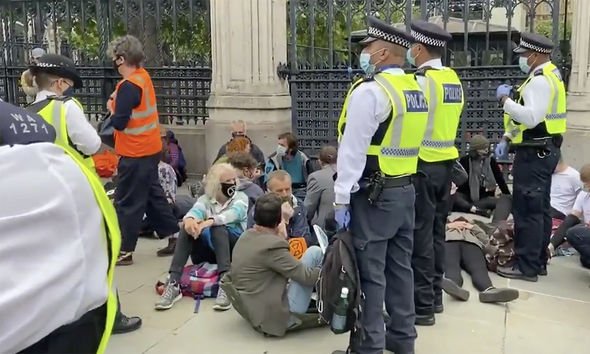 Metropolitan Police officers had to clear away activists attempting to stop Prime Minister Boris Johnson from getting to Prime Minister’s Questions.

A spokeswoman for Extinction Rebellion, Tamsin Omand, said the protesters wanted the Prime Minister to see and hear their action on Wednesday.

The spokeswoman added: “Disruption is a core tenet of how XR works and how we have managed to achieve so much in a short period of time.

“We have been outside Downing Street blocking his route on both sides and of course he’s encountering us here in the square – I think we are impossible to ignore.”