BRUSSELS (Reuters) – The European Union has softened its tone on Brexit in recent days, but officials and diplomats say this is more likely an attempt to sidestep blame in a worst-case outcome than a shift to accommodate Boris Johnson’s demands. 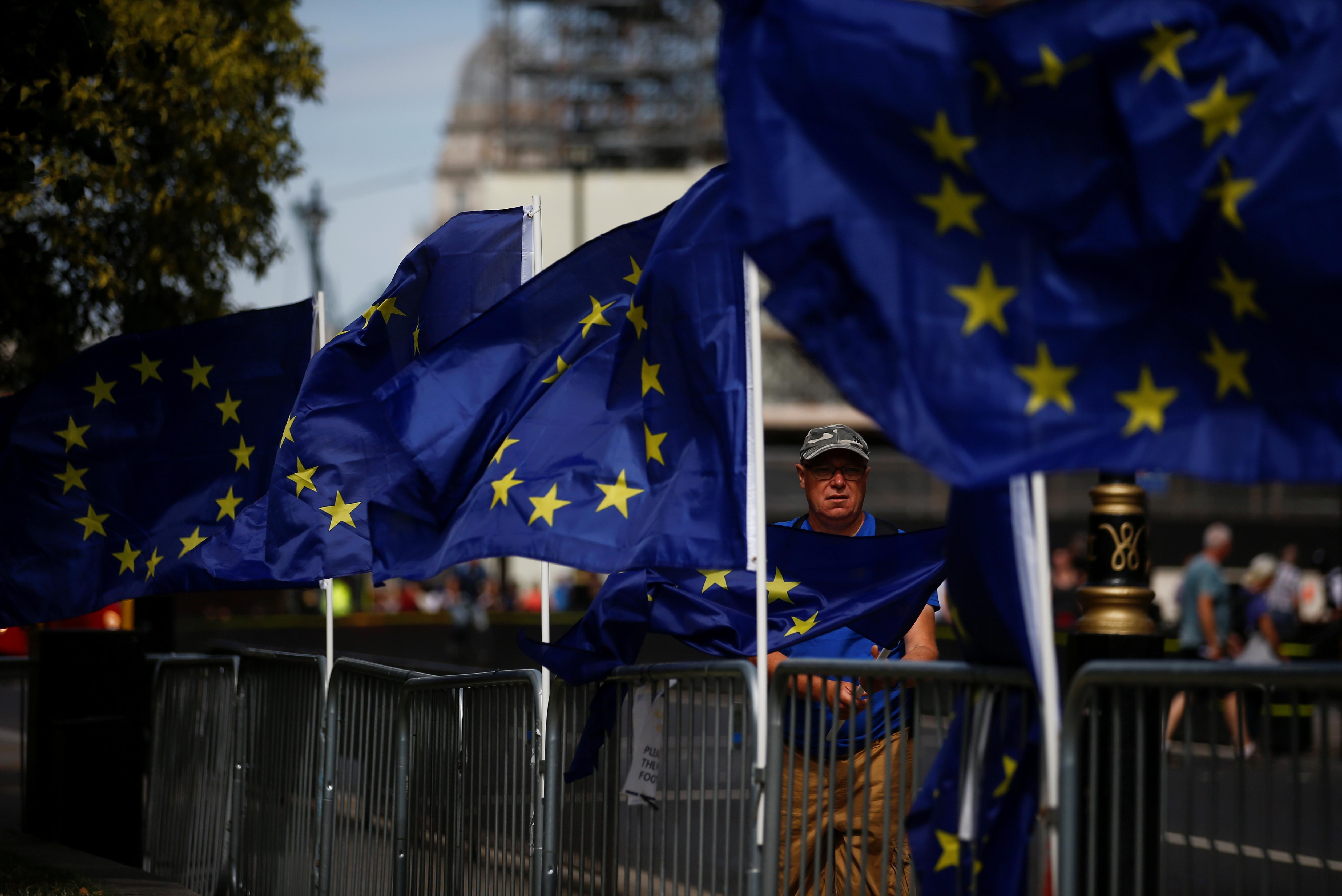 With little hope left that London will come up with an acceptable alternative to the Withdrawal Agreement hammered out by Johnson’s predecessor as prime minister, Theresa May, Brussels officials are trying not to appear resigned to failure.

“For all the hype in the British media, the truth is that we have not moved an inch,” said an EU official who follows Brexit.

“We are presenting tactical openness, we will never be the ones pushing an EU member state out. We must not be blamed for any no-deal Brexit.”

Johnson has vowed to take Britain out of the EU on Oct.31 – with or without an agreement that would mitigate the ensuing economic disruption. On Wednesday, sterling fell after Johnson suspended parliament for five weeks, a move widely seen as making a no-deal exit more likely.

While the EU is worried about the chaos and damage it expects if Britain crashes out of the bloc, it is also keen to avoid any blame for such a scenario.

To ratify Britain’s stalled EU divorce deal, Johnson has demanded the bloc drop the so-called backstop, a rule that would keep the sensitive Irish border open after Brexit by requiring Britain to accept some EU rules unless another means is found.

For months the EU has refused to ditch or even water down the backstop. But German Chancellor Angela Merkel told Johnson last week that maybe a solution could be found in 30 days.

A UK government official said London felt there was also a softening in the EU’s rhetoric on the backstop after it stated repeatedly that it was ready to listen to Johnson’s ideas.

And, after a months-long hiatus in substantive Brexit talks between London and the bloc, Johnson’s Brexit negotiator David Frost was in Brussels on Wednesday to push against the backstop.

Officials declined to comment on how the talks went, but one EU diplomat said: “I would expect no swift breakthroughs.”

“We cannot look to be passive or stalling. But whether these talks get anywhere remains a very, very big ‘if’.”

However, the EU still insists that any new solution proposed by Britain must achieve the same objectives as the backstop.

While it expressed willingness to discuss London’s ideas, it has also sought to put the ball squarely in the UK government’s court in terms of finding solutions.

The bloc’s wording is that any proposals must still be “compatible with the Withdrawal Agreement” – suggesting they may be called something other than “the backstop” as long as they achieve the same ends.

“The EU 27 remain open to concrete proposals compatible with the Withdrawal Agreement: respect for the integrity of the single market and no hard border on the Irish isle,” Dutch Prime Minister Mark Rutte said after a phone call with Johnson.

“The alternative arrangements that have been discussed to date do not do the same job as the backstop, not even close,” he said.