This month, the pound remained weak against the majority of major currencies, including the euro, due to political uncertainty surrounding Brexit and in particular the possibility of a no-deal divorce. The pound-to-euro exchange rate recorded its lowest level since January when it fell to 1.1049 before recovering back above 1.11 last week. The new Conservative Party leader is set to be announced tomorrow, meaning either Boris Johnson or Jeremy Hunt will be the new British Prime Minister before the end of the week.

According to Michael Brown, of Caxton FX, if the new Prime Minister’s Brexit plan moves towards no deal, this will also “likely to weaken the pound”.

He told Express.co.uk: “Sterling closed largely unchanged against the euro on Friday, though slid to an 11th consecutive weekly decline, extending the longest run on record, as political uncertainties continue to exert downward pressure on the pound despite relatively resilient economic data.

“Politics will remain the main focus in the week ahead, with the new Conservative Party leader set to be announced tomorrow.

“Markets will be focusing on the new Prime Minister’s Brexit plan, with any moves towards a no deal exit likely to weaken the pound.” 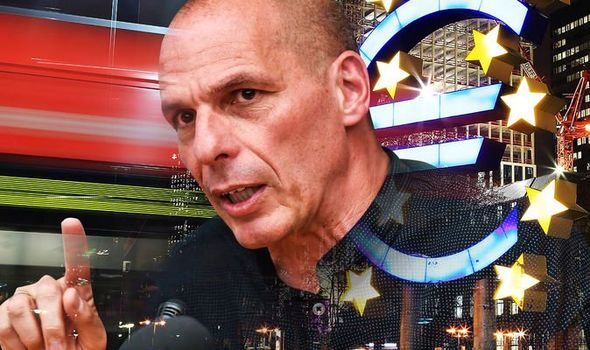 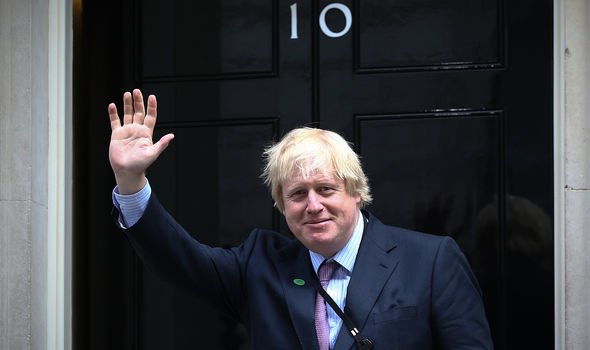 Despite the uncertainty, the euro has largely remained strong since the 2016 referendum but, according to former Greek Finance minister Yanis Varoufakis, there is a shocking reason why this has occurred.

In a 2018 debate at the Oxford Union, the Greek minister explained: “Why do the money markets value the euro so highly compared to the pound, the American dollar?

“Suppose you are a Singaporean, Chinese, American or even a German investor, and for some reason, you agree with me that the fragmentation of the Eurozone is at an advanced stage, and the euro has never been weaker or more problematic.

“Should you sell your euros?

“No, let me share a secret with you. You should shift your euros to a German bank account.”

Mr Varoufakis explained that if the Eurozone breaks up and all the countries revert to their pre-euro currencies, euros held in German bank accounts will be re-denominated into Deutschmarks, which will be stronger than any other European currencies because of the country’s “huge account surplus”. 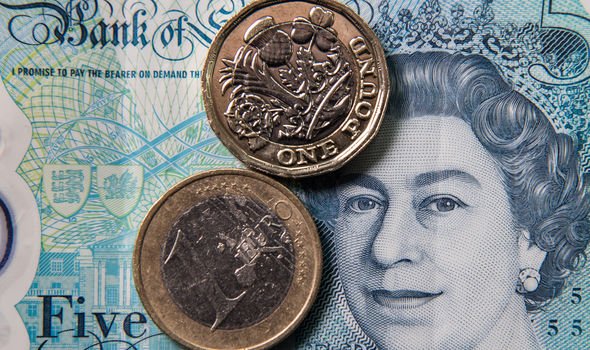 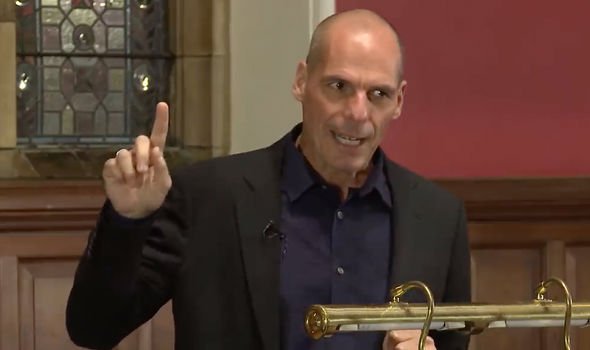 Mr Varoufakis added: “So if you happen to have euros in ‘Deutsche Bank’ in Frankfurt they are going to appreciate and you will get a magnificent windfall.

“So, can you see how the paradox dissolves?”

The economist argued the process has already begun as billions of euros have already started shifting from Italian to German accounts because of the risk of investors being left with their old and weaker currency, the Lira.

Mr Varoufakis is not the only one who believes there is an impending Eurozone collapse.

Talking exclusively with Express.co.uk, former leader of the House of Lords, Lord Salisbury, went even further, claiming the euro will make the EU “fall apart”.

He said: “It is not surprise that you had this ever closer union and the euro, which of course is the thing that will make it fall apart with appalling consequences for us.

“It is no surprise this has happened.”