Fans overwhelmed Wembley security across the stadium before Sunday’s Euro 2020 final between England and Italy.

A number of ticketless supporters successfully breached external barriers and the turnstiles to enter the venue, prompting violent clashes.

Sky News has determined when and where some of these incidents took place throughout the evening: 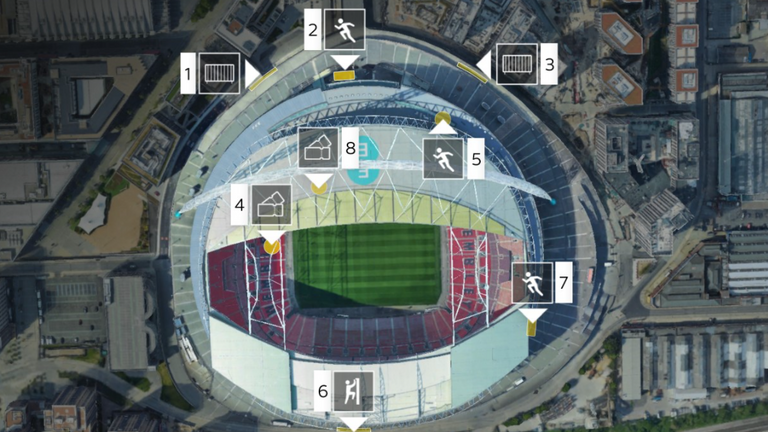 Fans rush barriers where stewards are carrying out COVID checks and an initial ticket screen. Police officers are overwhelmed and some stewards attempt to kick and trip the onrushing fans.