Edward Colston’s statue in Bristol was torn down and thrown into the harbour during a weekend filled with anti-racism protests across the UK. The incident came as protesters clashed with police in London and Prime Minister Boris Johnson tweeted that protests had been “subverted by thuggery” as protesters attempted to campaign for systemic change and bring about an end to racism.

Who was Edward Colston?

He was born in Bristol to a family of merchants and by 1680 he had become heavily involved in the slave trade.

In 1680 he became a member of the Royal African Company (RAC), which held a monopoly of the British trade in African slaves.

The RAC is believed to have sold about 100,000 west African people in the Caribbean and the Americas between 1672 and 1689 and it was through this company that Colston made the bulk of his fortune.

He used the profits he made off the backs of slaves to move into money lending. 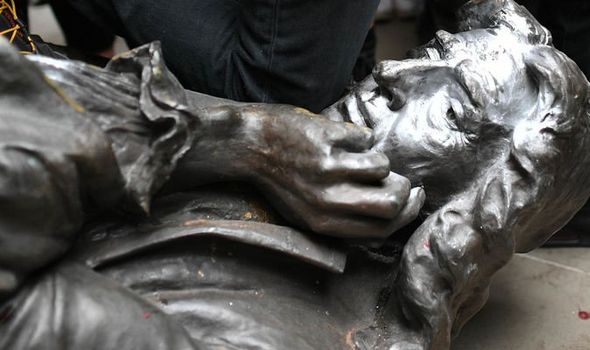 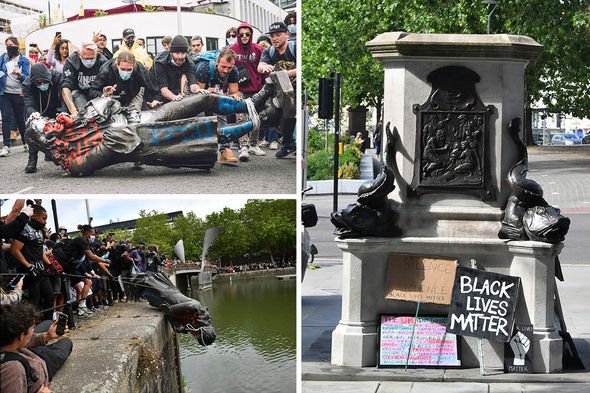 After his death in 1721, he bequeathed his wealth to charities and, despite human suffering on a grand scale making Colston rich, Bristol honoured his benevolence.

Dozens of buildings, institutions, charities, schools, sports clubs, pubs, societies and roads were named after him.

His charity is commemorated during processions and church services.

For hundreds of years, he has been unquestionably venerated despite the scale of abuse and suffering he profited from. 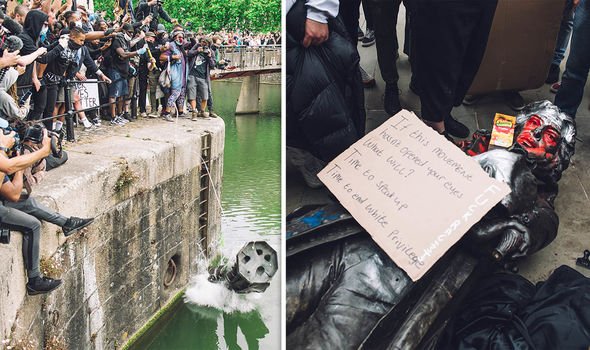 Why did protesters attack his statue?

The drive to reconsider Bristol’s celebratory attitude to Colston has long been gathering momentum.

For several years, band Massive Attack refused to play at the Colston Hall venue until the slaver’s name was dropped in 2019.

When this name was changed in 2019, the city’s poet laureate Miles Chambers said: “Some people don’t get that black people still feel the full impact of slavery today.

“The pattern continues and even though many people say slavery is over, because of those legacies we still feel enslaved.

“A name change or statue move is not going to rectify racism or eradicate the slave mentality that still exists, but it will help to say to black people: ‘You are equal to us, you are British, you are valuable and you mean as much to us as any other citizen.”

The 5.5m bronze statue has stood on Colston Avenue since 1895 as a memorial for his philanthropic work.

There is an inscription explaining the statue is a “memorial of one of the most virtuous and wise sons of the city”.

It was decided in 2018 to change the statue’s plaque to include mention to his slave-trading activities but a final wording was never agreed.

In the past week, an online petition calling for the removal of the Colston statue gained thousands of signatures.

The petition read: “Much of his wealth was acquired through the trade and exploitation of slaves.

“Yet we celebrate and commemorate him with a statue in our beloved city centre. He has no place there.”

The petition also read: “He does not represent our diverse and multicultural city.” 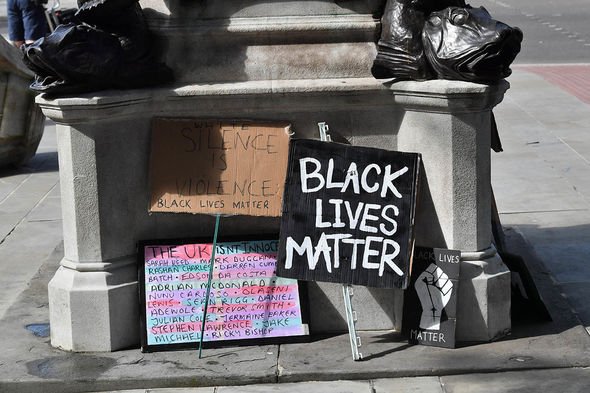 The statue was pulled from its plinth on Sunday and thrown into Bristol’s harbour.

Police are investigating the incident, which Home Secretary said was “utterly disgraceful” and ‘undermined” anti-racism protests.

But protesters have defended their actions, saying the statue represents “years of hurt”.

Bristol’s Mayor Marvin Rees has said the statue will be retrieved and put in a museum.

Speaking on BBC Radio Bristol he said: “It’s still underwater, at some point it will be fished out… we will obviously take the statue out.

“But we have a number of priorities in the city at the moment not least trying to face up to an £18million gap in our budget that we have been left with by national Government not funding us adequately for COVID.”

He added: “What’s happened to the statue is now part of that statue’s story. People in Bristol came together and said we don’t want that statue in the middle of the city.

“What I would also recognise though- and it’s important to do so – is that many people are dismayed by the tearing down of the statue and as a city, it is our job to unite those voices too.

“We do live in a country where some people feel like they are losing their grip on their history and identity, many people believe Colston represented their sense of Bristol.

“So we as a city need to now have that kind of discussion with ourselves about what we are as a city and how we all make sure we have a sense of place and ownership.”