One of the Little Ships used in the Dunkirk evacuations during the Second World War has been lost in a huge fire on an island in the River Thames.

Crews were called to Platt’s Eyot island in Hampton, Richmond upon Thames, at around 5.15pm on Monday after reports of two industrial units on fire.

The London Fire Brigade said its control room received 72 calls about the fire at the boatyard. 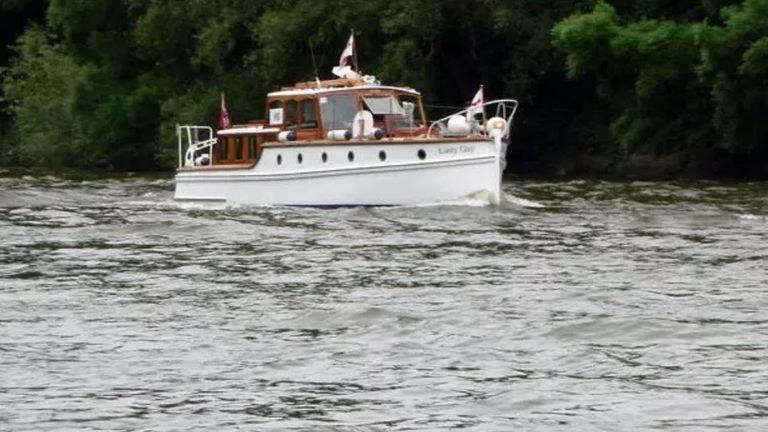 Some 15 fire engines were at the scene on Monday evening, with crews forced to carry their equipment to the blaze by hand as the island can only be accessed via a footbridge.

Footage from the incident showed two large buildings at the Hampton Boat Sheds on fire, while subsequent photos showed just the charred remains of the structures. One man was treated at the scene for smoke inhalation by London Ambulance Service crews.

Ian Gilbert, veterans cruise organiser of the Association of Dunkirk Little Ships, tweeted that it was an “absolute tragedy” that the Lady Gay had been destroyed in the blaze.

The boat had reportedly just been restored in preparation for the new season afloat and was on the slipway of Otter Marine when the fire broke out.

It was built in 1934 for Lord Alfred Dunhill, chairman of the tobacco company, because he wanted a motor cruiser. The Dunkirk evacuation was the evacuation of Allied soldiers from the beaches and harbour of the town in the north of France, between 26 May and 4 June 1940.

Around 850 private boats, including barges, fishing boats and pleasure steamers, sailed from Ramsgate to France to rescue the hundreds of thousands of soldiers.