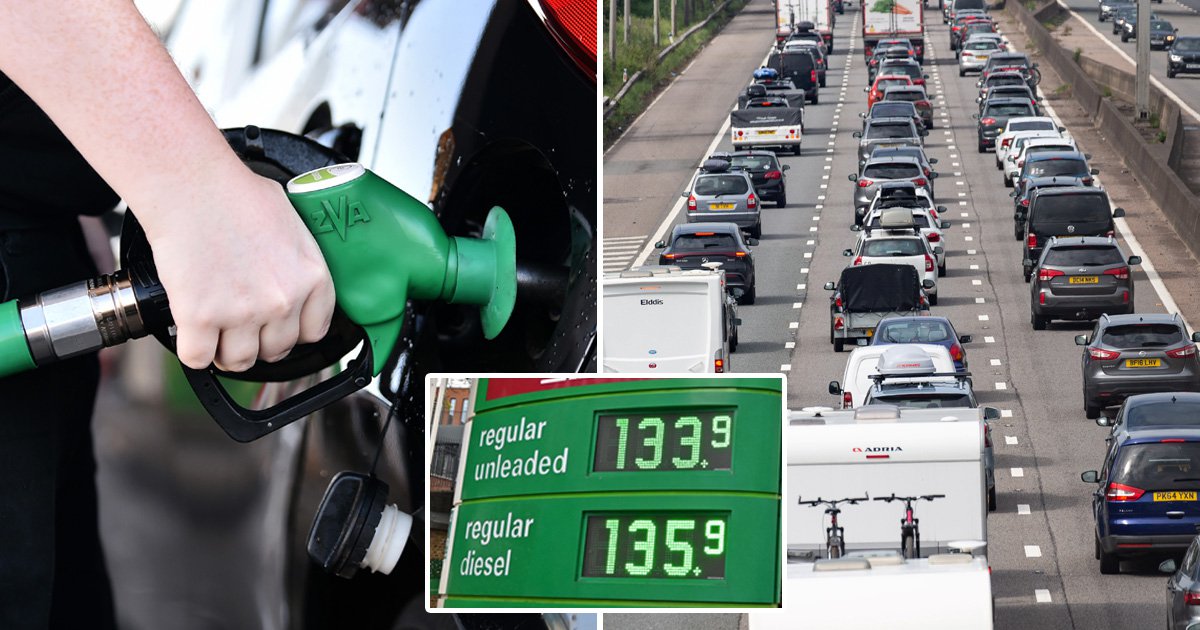 Petrol prices have seen their biggest annual rise in almost 10 years as a result of the coronavirus pandemic.

Transport policy agency the RAC Foundation revealed the average cost of petrol in the UK has risen by 22p per litre in the year up to May, from 107p to 129p.

Experts believe the increase is a result of a combination of lower road usage during lockdowns – including working from home and travelling less – and the rising wholesale cost of oil.

A fuel spokesperson for breakdown firm the RAC, which is separate to the foundation, said May is also likely to see an increase.

They added: ‘We have had six months of rising prices and we will probably have a seventh. It could be coming to an end.

‘But the smaller retailers have been squeezed.’

The previous biggest year-on-year increase was in the year from February 2016, which saw an average increase of 18p per litre.

Yet despite the recent rise, the current price of fuel is still not the highest it has been in 10 years.

Brian Madderson, chairperson of the Petrol Retailers Association, said current car usage is still only at 92% of the levels seen in January and February 2020.

But he added this could be an overestimate, as January and February are usually the quietest months of the year on the roads.

He said: ‘That has really been a tough problem and we aren’t quite sure when we will see a recovery.

‘In some ways [petrol stations] have had no choice but to keep pump prices high. A lot of them suffered quite badly last year where in some cases fuel usage dropped to as low as 40% to 50% of normal levels.

‘One thing they are looking to do now is invest in electric vehicles, but if their war chest is quite thin then they can’t really put prices down.’

It comes as the UK experienced its busiest weekend on the roads in the year so far, as the weather finally improved for the bank holiday weekend and lockdown restrictions have lifted.

Meanwhile millions of families were expected to hit the road over the Bank Holiday weekend, with many areas experiencing sunny weather.

The RAC predicted last week that 11 million car journeys would be undertaken over the three-day weekend.

The spokesperson said: ‘This weekend has seen an awful lot of travel, the busiest weekend of the year so far. It remains to be seen whether [fuel] prices will go up any further.’