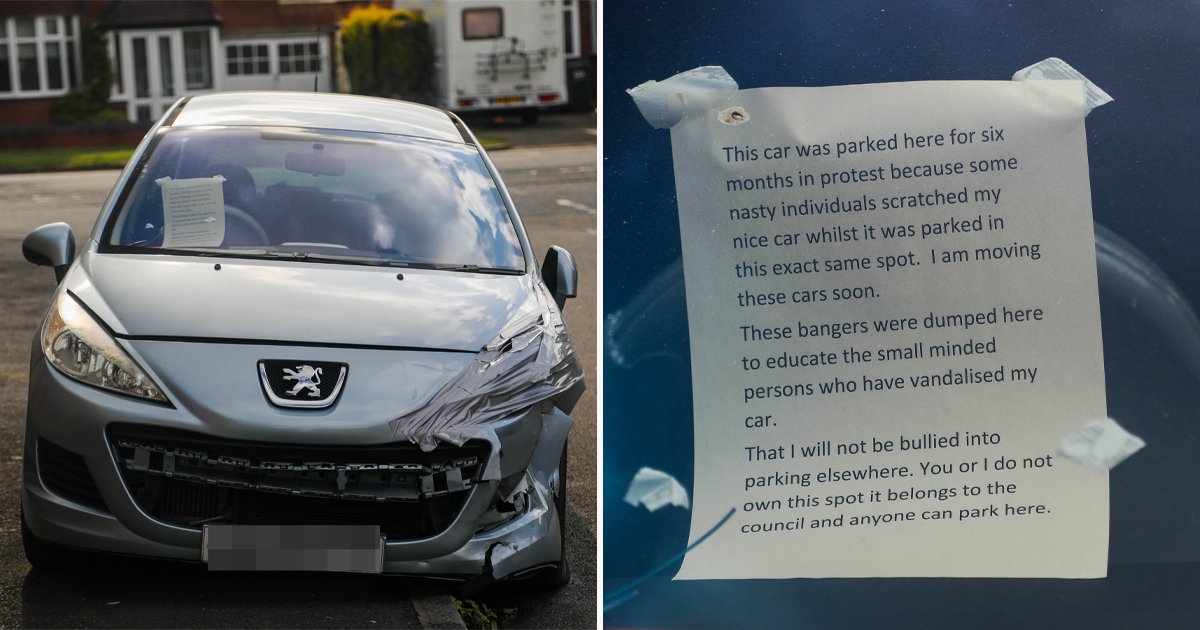 A fuming driver spent £700 on a pair of ‘old bangers’ in a war with a mystery vandal who keyed his car.

Ishfaq Hussain, 48, believes his ‘nice motor’ was targeted because the culprit wasn’t happy about where it was parked.

One of his neighbours and another nearby resident also reported that their vehicles had been damaged.

Ishfaq had to pay £600 for repairs, but he also decided to buy two beat-up Peugeot 207s for £700 and put them on the kerb in the very same spot in protest.

He left a note in the window explaining why he decided to dump the cars, which have been sitting there since before Christmas.

The message reads: ‘This car was parked here for six months in protest because some nasty individuals scratched my nice car while it was parked in this exact same spot. I am moving these cars soon.

‘These bangers were dumped here to educate the small-minded persons who have vandalised my car that I will not be bullied into parking elsewhere.

‘You or I do not own this spot it belongs to the council and anyone can park here.’

No one has touched them, so Ishfaq has now decided to take them away and says he has ‘proved his point’, plus CCTV has now been installed by the spot.

He says locals from Willersley Road, Birmingham, sometimes have to park on the kerb as their driveways don’t always have enough room for second cars or visitors.

But Ishfaq insists people do so sensibly and without blocking wheelchairs or pushchairs.

He told the BirminghamLive: ‘If someone was annoyed or wanted to park there themselves they could have just asked and I wouldn’t have minded.

‘It’s the principle – the kerb where we park is a bit of a “no man’s land”. It’s not blocking a driveway, it’s wide enough to people to still safely get past and yet someone is targeting drivers every time they park there.

The residential street has no double yellow lines or parking signs meaning any vehicle can park on the side of the road.

But locals say there have been ongoing rows between neighbours about parking and people using a nearby gym taking up too much space.

One woman, who did not wish to be named, said: ‘It’s pathetic really, nobody owns the right to park on the road. People act as if that public land is theirs.’ 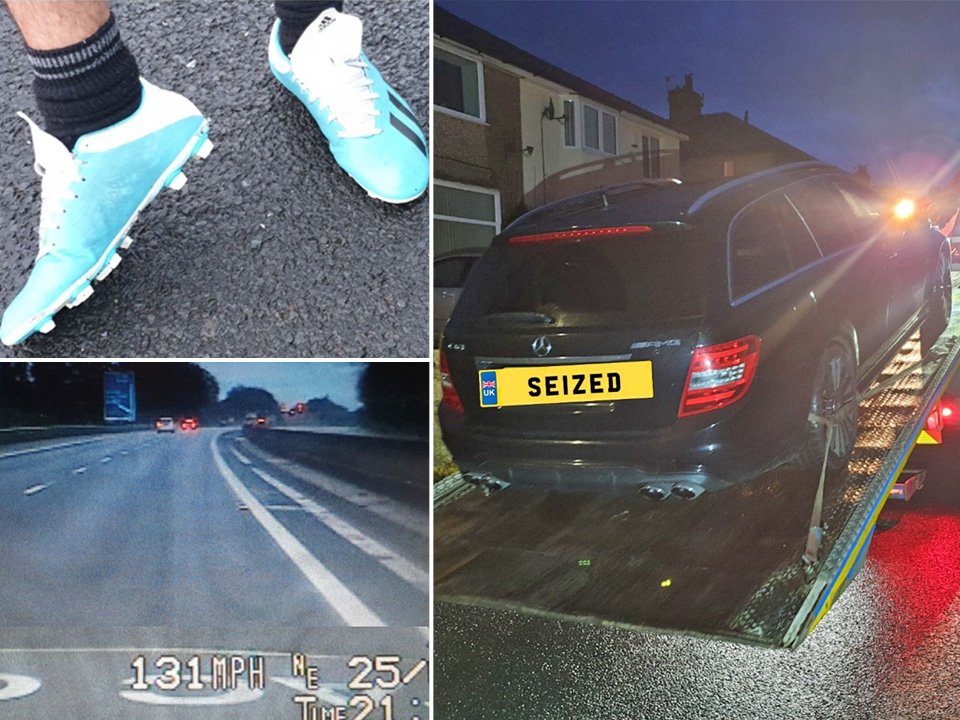 Another neighbour added: ‘Whoever he is, fair play to the man. That’s one clever way to reserve your parking space.

‘You get some stubborn people around here when it comes to parking. People get very protective over their spaces, or what they claim to be their spaces.

‘He has obviously done it to teach them a lesson and who can blame him? Those yobs wont touch that car now, its a wreck.

‘There was another car there for ages as well, so he really was trying to get his own back, but that seems to have gone now.’