The political blogger took to social media to highlight what he saw as hypocrisy from those who have attacked the Trump campaign for filing lawsuits in key battleground states.

He tweeted: “Commentators criticising Trump for challenging the election at the Supreme Court had no such reservation when it was Gina Miller.

“They had no such concern for democracy touring TV studios arguing we didn’t know what we voted for, or that we were duped by Russia or dodgy data.”

Ms Miller won a legal bid against the UK Government over its authority to implement Brexit without approval from Parliament in 2016 and in September 2019 successfully challenged the Government’s prorogation of Parliament. 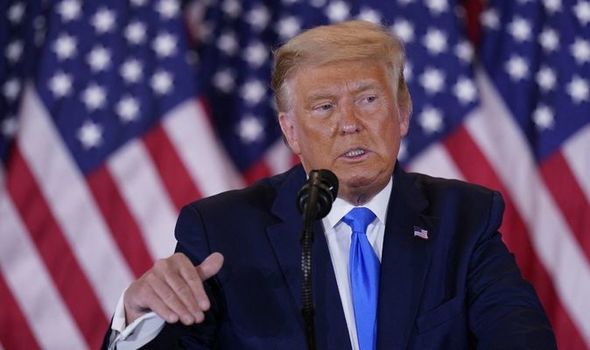 Mr Trump has alleged widespread voting fraud without providing evidence and accused Democrats of aiming to “steal” the election.

His campaign has filed several lawsuits and called for a recount in Wisconsin. His latest move was a lawsuit alleging voting fraud in Nevada.

Some legal experts have described Mr Trump’s challenges a long shot unlikely to affect the eventual outcome of the election. 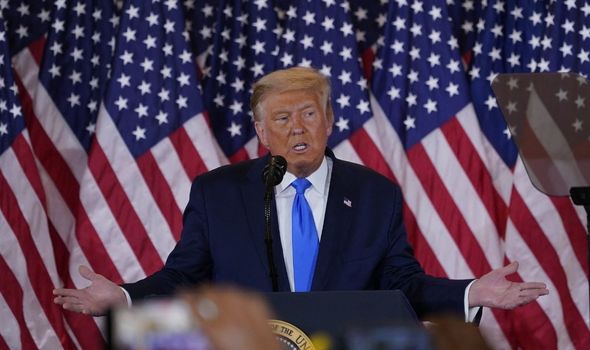 Multiple Trump lawsuits and a recount request would have to succeed and find in some cases tens of thousands of invalid ballots to reverse the result if Mr Biden does prevail.

The Democrat’s campaign manager Jen O’Malley Dillon said: “What we are seeing on these legal suits are that they are meritless, and nothing more than an attempt to distract and delay what is now inevitable: Joe Biden will be the next president of the United States.”

He tweeted: “STOP THE COUNT!” and “STOP THE FRAUD!” before declaring: “All of the recent Biden claimed States will be legally challenged by us.”

The Trump campaign said its Nevada lawsuit would allege a series of voting irregularities in populous Clark County, which includes Las Vegas, such as voting by people who left the state or were dead.

Former Nevada Attorney General Adam Laxalt and other campaign figures who announced the lawsuit gave no evidence to support their allegations and refused to answer questions from reporters.

In Pennsylvania, Mr Trump and other Republicans have already filed various legal challenges.

An appeals court in Pennsylvania has ordered that Trump campaign officials be allowed to more closely observe ballot processing in Philadelphia. 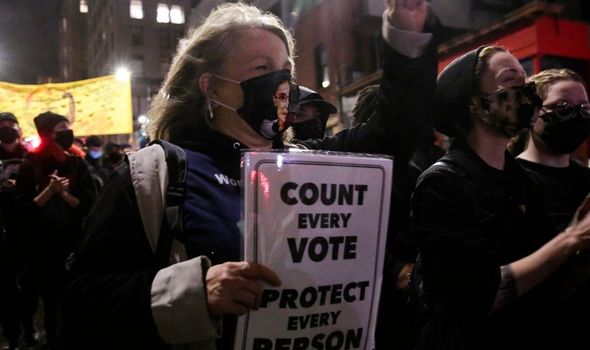 But a judge has rejected a lawsuit brought by Donald Trump demanding “meaningful access” to vote-counting sites in Michigan.

Michigan Court of Claims Judge Cynthia Stephens made the ruling during a court hearing today and said she planned to issue a written ruling tomorrow.

Campaign officials for Mr Trump said they filed the Michigan lawsuit to stop the counting there and gain greater access to the tabulation process.

Despite Mr Trump’s allegations, US election experts have said fraud in balloting is very rare.