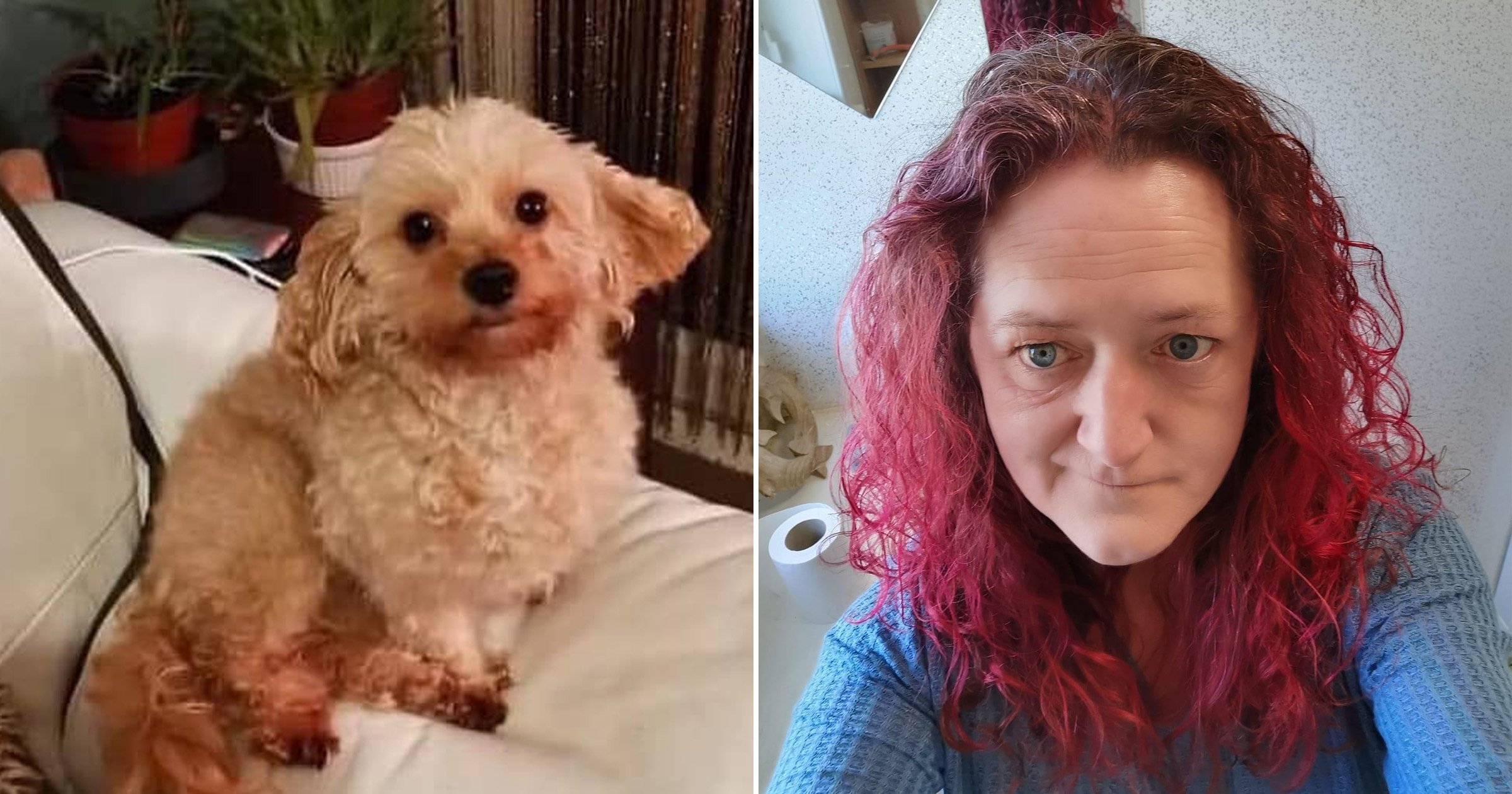 A woman whose dog was stolen from her as she suffered a heart attack in the street been reunited with the pet after it was spotted half-way across the country four days later.

Kat Conway, 50, said a man rushed over to when she collapsed while walking her Shih Tzu-Poodle cross, Jessie, near St Pancras Station in central London last Monday.

He behaved like he had come to help her but scooped Jessie up and ran off with the pooch before paramedics arrived, Kat claims.

A hunt was launched for Jessie after Kat was discharged from hospital and raised the alarm, providing a description of a curly-haired blonde man around 5ft7 tall.

On Friday, Jessie was spotted on a train passing through Wigan – 203 miles from St Pancras – by a passenger thought to have seen her picture on a widely-shared missing dog appeal on Facebook.

Police intercepted the train as it pulled into the nearest station and seized her from the man.

Jessie was taken to a local vet’s for the night before being reunited with Kat on Saturday.

Revealing the news on Monday, she said: ‘I can’t stop smiling.

‘I am getting thousands of beautiful messages, I am trying to answer them all.

‘It’s beautiful, I honestly don’t know how to thank everyone, there are some kind of humans out there.

‘Together they made a miracle happen.’

A spokesperson for British Transport Police said a theft investigation remains underway, adding: ‘The man was spoken to by officers and enquiries are ongoing.’

Vicki Hudson, who set up the Facebook appeal, said: ‘The most important thing is that she is safe and they can be together once more.

‘Thank you to everyone who has worked behind the scenes, and for every share that has lead to her being recognised and returned.

‘Thank you from the bottom of our hearts.’