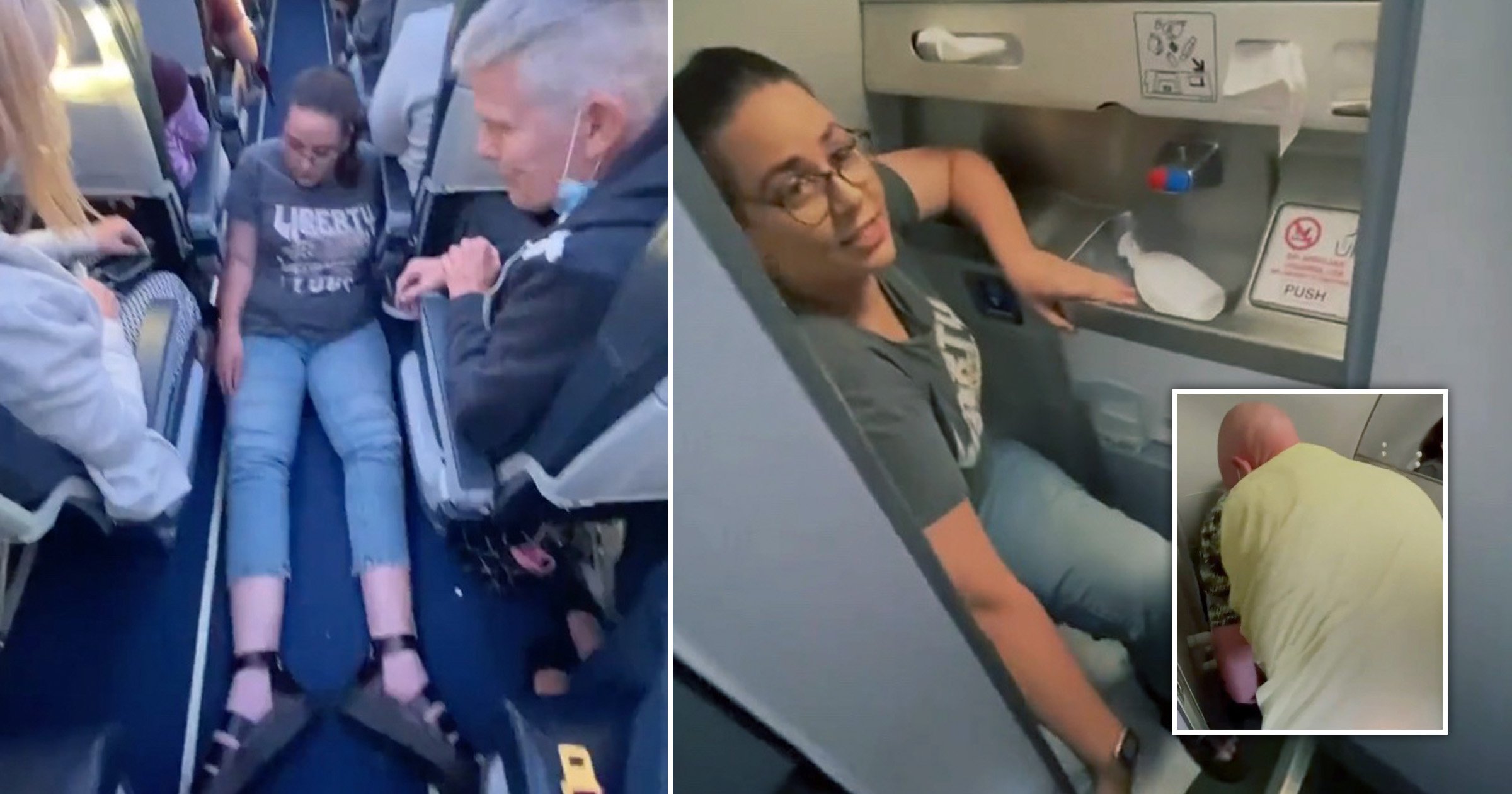 A woman paralysed from the waist down had to drag herself down the aisle of an airplane to use the bathroom.

A video shared on social media shows the passenger using her arms to shuffle her body towards the toilet at the front of the aircraft.

She said this was her only option as there was no aisle chair on board.

Instead of offering her assistance, she claims, staff continued to serve drinks and failed to help her.

Jennie, who is a disability rights campaigner, said: ‘I asked to go to the toilet and they just said “no we don’t have an aisle chair onboard”, with no suggestions of what I was to do.

‘As you all know – when you have to go, you have to go. Thankfully, I have good upper body strength, so I proceeded to drag myself down the aisle towards the toilet, whilst staff continued to serve drinks.’

After dragging herself past what appears to be least eight rows, Jennie can be seen finally reaching the small cubicle.

She was initially supposed to fly with TUI UK but a last-minute change meant she had to use Albastar on her way to her holiday destination.

Upon arrival at Newcastle International Airport, she claims staff told her she could not sit anywhere near the front of the plane.

Usually, this makes travelling easier for disabled people needing to use an aisle chair.

Jennie recalls the flight only getting worse ‘once in the air’.

She stressed that every flight she had ever been on has always had an aisle chair, while the crew has been ‘compassionate’ about the struggles disabled people face when flying.

In a separate post on her Instagram story, Jennie told her followers: ‘It is really important to remember that although I was able to crawl to the toilet not every disabled person is capable of doing that.

‘So, what are they expected to do? Other people in this scenario are just expected to piss themselves and that is just the policy? It is just absolutely absurd.’

She later added: ‘Without this footage, disabled people are simply not believed.’

Disability rights campaigners slammed the airline for the ‘disgraceful’ treatment, while others said it amounts to ‘discrimination’.