David Attenborough: COVID-19 may wake up world to global warming 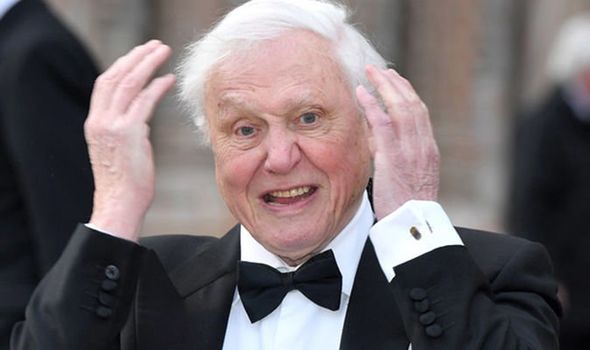 “There must be greater equality between what nations take from the natural world. The wealthier nations, such as those in western Europe, have taken a lot and the time, perhaps, has now come to give. It’s not really about saving the planet. It’s about saving ourselves.” The TV presenter said the pandemic would continue to cause “immense suffering” but he believed that the lessons learned would aid the battle against global warming.

He said that hope may emerge “from the whole world having experienced a shared threat and found a sense that we are all in it together”.

Speaking to Radio Times, Sir David recalled the moment he felt the Earth itself was at risk, instead of the survival of individual species.

He said that this moment of clarity came while swimming in a coral reef in 1998 while filming Blue Planet.

He added: “We’re facing nothing less than the collapse of the living world.

To find out the rates of coronavirus in your area, please fill in your postcode below.

“I was diving on a coral reef. I slipped into the water thinking I would see what I was accustomed to seeing, but instead I saw a white cemetery of coral that had simply died. That was truly frightening.”

Sir David’s new film A Life On Our Planet was shot before the pandemic and contains a line which may need to be revised following recent events.

It stated: “Humans have broken loose. Predators have been eliminated, we have food to order, diseases under control. There is nothing to stop us, unless we stop ourselves.

“Human beings have overrun the Earth. We have completely destroyed that world.”

Sir David has called his latest documentary his “witness statement” and his “vision for the future”.

But even though he is now well into his tenth decade he insists he has no interest in how he will be regarded after he has died.

He added: “I don’t waste any time at all thinking about how I will be remembered. It seems to me to be of no possible consequence.”

• David Attenborough: A Life On Our Planet premieres in cinemas on Monday. The film will then launch on Netflix globally on October 4.