A Covid denier who went into hospitals to film seemingly ’empty’ corridors and posted the footage on social media has been fined by police.

The 30-year-old woman was fined £200 after she uploaded images and videos from inside several hospitals which ’caused angst in the community’, said Portsmouth Police.

Hannah Dean, who describes herself as a ‘registered journalist’ from Portsmouth, posted images from hospitals across south-east England to Facebook in a bid to prove the virus is a ‘hoax’.

The photos of corridors were claimed to be taken at the Queen Alexandra Hospital in Portsmouth, Southampton General hospital, the Princess Royal University hospital near Bromley, Kent, and St Richard’s Hospital in Chichester, West Sussex.

Alongside a post of pictures allegedly taken at Queen Alexandra Hospital she wrote: ‘Hospital is the quietest I have ever seen it! I walked all over the hospital, including A&E!

‘I know this is hard to get our heads around, but the government are lying to us! And the reason why they’re lying to us….. is very disturbing!’

Hampshire Police and Portsmouth Police have not identified the woman issued with the fixed penalty notice, but said she had been ‘attending local hospitals, including Queen Alexandra Hospital in Cosham’.

Ms Dean shared an article about the woman who was fined and suggested it was referring to her but claimed she is ‘not under investigation’ by Hampshire Police. Metro.co.uk contacted Ms Dean for comment.

Alongside a screengrab of the article, she wrote: ‘There is not a warrant for my arrest! And I have not been fined!!!! I am a living woman, not a constitution… #mainstreammediapropaganda #thelosttruth’.

A spokesman for Western Sussex Hospitals NHS Foundation Trust, which runs hospitals in West Sussex, criticised the claims saying: ‘This is untrue and highly disrespectful to all the patients and families affected by Covid, as well as our staff who are working extremely hard in very challenging circumstances.

‘We must stress, pictures of empty corridors do not mean our wards and intensive care units are empty.’

Portsmouth Police said in a Facebook post: ‘Some of you will have seen the reports of persons attending local hospitals, taking photos of parts of the hospital that are not on the front line in the fight against Covid-19, and using the images to suggest hospitals are not being stretched.

‘These actions have caused angst in the community, and have prompted a number of calls to us reporting the posts’.

The fine comes after security had to remove several people from Colchester General Hospital, Essex, where the intensive care unit was at ‘capacity’, after they filmed seemingly quiet corridors to post on social media.

Chief executive of East Suffolk and North Essex NHS Foundation Trust, Nick Hulme, said the ICU of the hospital was ‘at capacity’ and said the individuals’ behaviour ‘beggars belief’.

He said elective and outpatient appointments had been reduced for safety reasons to help bring down footfall at Colchester Hospital.

Meanwhile, in Birmingham, three men filmed themselves touring hospitals without wearing masks and boasting of their ‘courage’ while describing themselves as ‘warriors’.

Prime Minister Boris Johnson said at a press conference last week: ‘The kind of people who stand outside hospitals and say Covid is a hoax and this kind of stuff, really I do think they need to grow up.’

And Sir Simon Stevens, NHS England chief executive, said people claiming the pandemic is a ‘hoax’ are responsible for potentially changing behaviour which will kill people, and are insulting to staff who have worked long shifts in the most demanding circumstances.

Sir Simon added: ‘Let’s just be completely straightforward about it. When people say that [Covid is a hoax] – it is a lie.’

‘A £200 Fixed Penalty notice has been issued to a 30-year-old woman under current Health Protection Regulations.’

‘We would like to take this opportunity to acknowledge the hard work of our colleagues across the NHS who have been working extremely hard throughout the ongoing pandemic,’ it added.

‘We are incredibly grateful for their continued efforts in fighting Covid-19 and keeping us all safe.’ 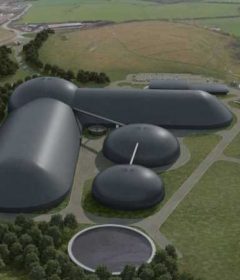 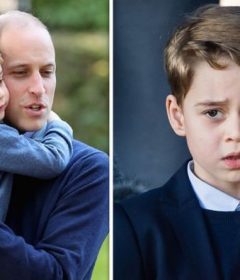 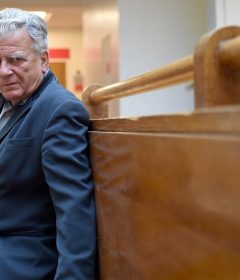 Incest Scandal Sets Off a New #MeToo Movement in France