Matt Hancock did not withhold key COVID data ahead of the decision to postpone the easing of restrictions in England, the justice secretary has told Sky News.

Robert Buckland defended the health secretary and said he has the “full support” of the government, denying reports that Mr Hancock held back data on the effectiveness of vaccines on the Indian variant.

Mr Buckland said there is “no question” PM Boris Johnson was not told about the data.

“Sadly I am afraid that that report is wrong,” Mr Buckland told Sky’s Trevor Phillips On Sunday.

“The data was provided to the prime minister and other members of that Cabinet committee in the most up to date way before the decision was made on Monday. 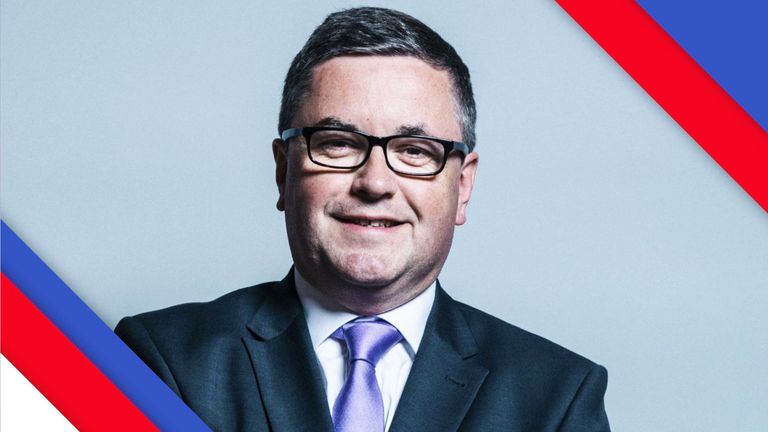 “And those taking part in the meeting had all the relevant data in the most up to date way before the decision was made.

“There is no question of the prime minister not being sighted on important data – it was provided to him and other members of that committee in the normal way as people would expect.”

“We know that two doses of vaccination really protects against hospital admission, about 94% overall and 92% for AstraZeneca and 96% for Pfizer. 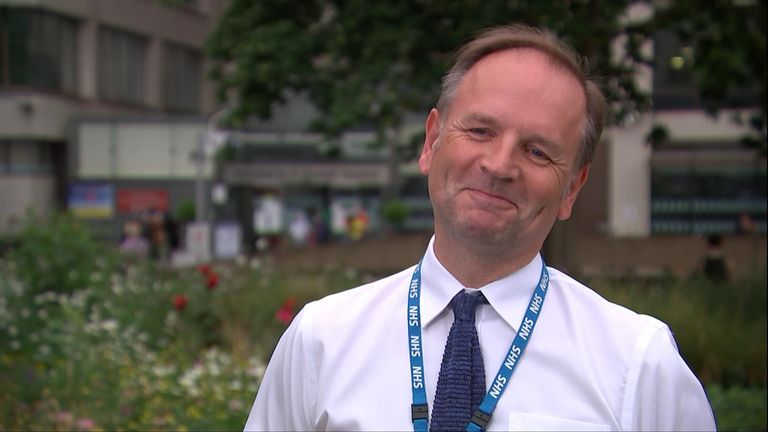 “Overall as many people getting two doses of vaccination would be really good.”

She added: “We should be able to hit the 70% figure having two doses before July 19.”

England had been due to end all COVID restrictions on 21 June, but the PM announced a four-week delay to the government’s roadmap out of lockdown on Monday following an increase in Delta variant cases.

When asked if the health secretary is “hopeless”, Mr Buckland told Sky’s Trevor Phillips on Sunday that Mr Hancock continues to fulfil his role “energetically” during the pandemic.

“To bandy around words like that I think does nobody any service at all. He’s been a most useful and dynamic health secretary who enjoys our full support,” he said.

Reminded that the remarks were allegedly made by the PM, Mr Buckland said: “I’m not going to get into text messages or WhatsApp messages sent between people and then disclosed in a rather unfortunate way.

“I don’t believe that’s actually a reflection of the reality. I’ve been working within Cabinet, within government, throughout this crisis and I don’t detect any suggestion that somewhere there is anything but the fullest confidence of what Matt has been doing and what he continues to do energetically.”

Asked the same question, former Conservative MP and Commons Speaker John Bercow, who has switched allegiances to join the Labour Party, said: “Well I think it would be fair for me to say that I would buy Matt at my valuation and sell him at his and realise a healthy profit in the process.”

Mr Cummings published the messages as part of a 7,000-word blog post which appears to include a series of claims about Mr Johnson and Mr Hancock, including that the prime minister considered removing responsibility for PPE from the health secretary. 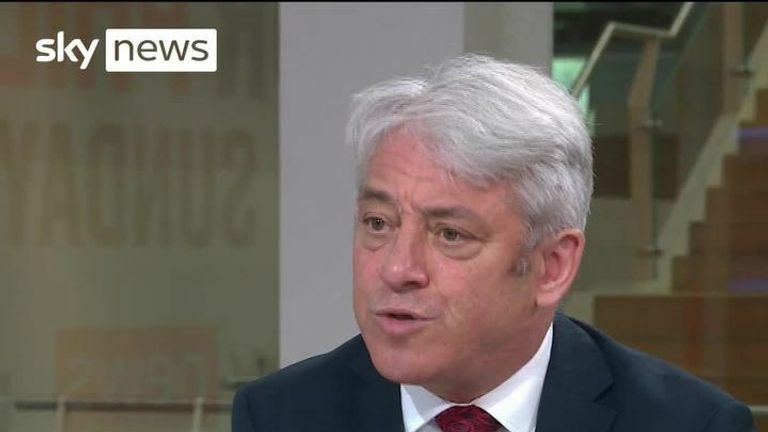 In one exchange, which Mr Cummings said was part of late-night messages on 26 March 2020, he and Mr Johnson appear to be discussing actions from “MH” in boosting the UK’s COVID testing capacity.

The screenshot shows a reply from the prime minister stating: “Totally f****** hopeless”.

At a lobby briefing, Downing Street did not deny the messages were authentic, but assured journalists that the PM has full confidence in the health secretary.

“I am not planning to engage with every allegation put forward, the prime minister has worked very closely with the health secretary throughout and will continue to do so,” the spokesman said.