It’s 10.40pm and a man has just bought some chicken wings in Oldham.

The pandemic has brought us to the point where moments later the police and council officials are ticking off the owner of the takeaway for breaking the law.

The police officers don’t really want to be curtailing someone’s livelihood, the council certainly hasn’t got the budget to be doing it, but the rules from central government introduced this week mean they are here in the chicken shop issuing a written warning. Next time it’ll be a £1000 fine. 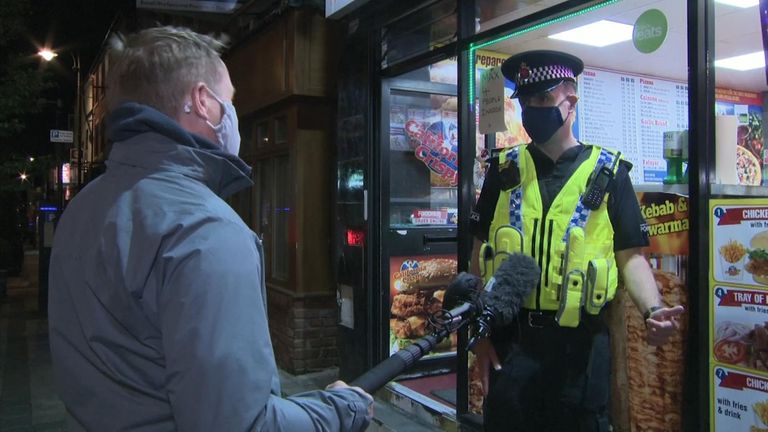 Oldham has had five weeks of tight COVID-19 restrictions but the infection rates are still rising. Now the curfew means a Friday night out in town is a soulless experience. The craic has gone.

Calling time at 9:30pm will never feel normal but the bars, pubs and clubs that were open had already been warned that 10pm is the new cut off. Doors closed at 10pm – not supping up and slowly winding up the conversation.

Every bar and pub we saw did what’s been asked of them.

The takeaways haven’t all got the message, some feigning ignorance, but their excuses aren’t cutting it with the licensing team who are issuing the warnings and penalties.

They’ve been told to make the curfew work. Encouraging and engaging first but making sure non compliance is called out. 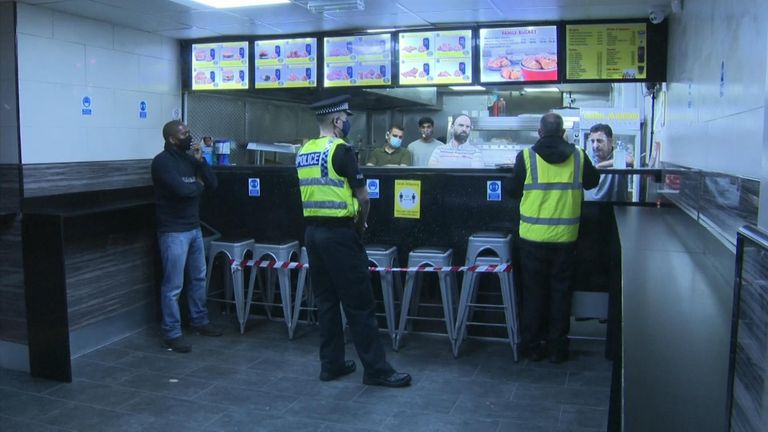 So they are knocking on doors and responding to reports of businesses operating late into the night. Takeaways can still do deliveries – so we saw some punters jumping into friend’s cars so the takeaway could be brought to them after 10pm.

Many drinkers had just crammed more drinks in between 9pm and closing time and then admitted they were off to meet at someone’s house nearby.

Empty town centres do mean people are less likely to come into contact with someone who has COVID-19 but the side effect is the slow death of the night time economy.

That’s jobs, livelihoods and more families struggling – it’s the price the government has reluctantly decided we will have to pay as the second wave of COVID-19 grows by the day.