LONDON (AFP) – British Prime Minister Boris Johnson said on Thursday (Sept 17) that he could close pubs earlier to “stop the second hump” of coronavirus cases, comparing the country’s trajectory of resurgent transmission to a camel’s profile.

His government is set to unveil new restrictions in England, which could also include greater social curbs, later on Thursday, initially targeting the north-east region where Covid-19 cases are surging.

It already imposed rules across England on Monday limiting socialising to groups of six people or fewer, as daily cases reach levels not seen since early May.

In an interview with The Sun newspaper, Mr Johnson said new measures may be needed as “the only way to make sure the country is able to enjoy Christmas” and an alternative to another full lockdown.

“What I don’t want to be doing is locking down sections of the economy,” he said.

“Dromedary or camel? I can’t remember if it is a dromedary or a camel that has two humps? Umm. Please check.” Dromedaries are Arabian camels which have only one hump.

Mr Johnson had compared Britain’s first wave of virus cases to a sombrero hat, imploring people to “squash it” by obeying the nationwide lockdown in place from late March until June.

But the prime minister has faced stinging criticism this week over the failure to achieve the “world-beating” testing and tracing system he promised by the summer.

The government admits that increasing demand for virus tests is posing problems, after hospital bosses warned that delays in the system were jeopardising healthcare services.

It has blamed people who do not need tests overburdening the system, with ministers vowing to unveil new prioritisation rules in the coming days.

“I really sympathise for those that can’t get the test that they want,” Mr Johnson added, conceding that “the system is really struggling with the real weight of demand”.

“Often, and I don’t in any way reproach people for doing this, but it’s a fact, a significant proportion of those people are asymptomatic.”

Mr Johnson vowed to “continue to ramp it up” and has promised to have the capacity to test 500,000 people a day in place by October.

Britain has been the worst-hit country in Europe from the pandemic, with the government registering nearly 42,000 deaths.

The Office of National Statistics, which uses broader criteria for counting Covid-19 fatalities, has said close to 58,000 Britons have died from the virus. 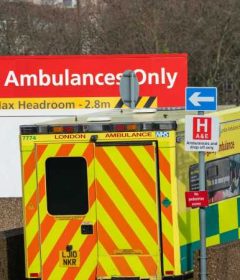 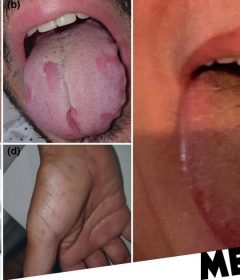