Travellers arriving into the UK from Belgium, Andorra and the Bahamas must self-isolate for two weeks from today as toughened quarantine rules come into force.

The restrictions – which are in response to an “increased prevalence” of COVID-19 in these three countries – mean that Britons are now advised against all but essential travel to these destinations.

Tougher rules concerning the use of face coverings also come into effect today. 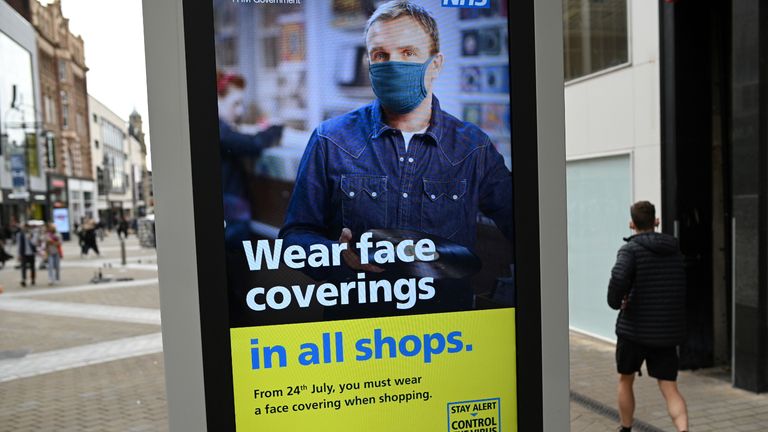 The new measures come as Preston became the latest part of the UK to see lockdown tightened once again.

And Bedford and Swindon have been added to the government’s “watchlist” of places where cases are rising.

Households mixing in pubs and houses has been blamed for the rise in coronavirus cases in Preston – with almost half of the cases reported among people aged 30 and younger.

Despite this – and in a marked difference to the lockdown in Leicester – shops, bars, restaurants and other local businesses in Preston have not had to close down.

As of today, people in Preston cannot:

Residents can meet in groups of up to six, or more than six if exclusively from two households, in outdoor areas such as parks and beer gardens.

Households can also visit indoor hospitality venues so long as they don’t mix with others.

Lancashire’s director of public health Sakthi Karunanithi said: “Don’t meet with members of other households in pubs and clubs.”

The restrictions on gatherings will be reviewed again next week, with any changes to be announced by 14 August.

Adrian Phillips, chief executive at Preston City Council, said: “The number of cases in Preston has increased rapidly in recent days leading to the government categorising the city as an area of intervention. It is also alarming to see that the under 30s are contracting it at a significant rate.

“It is clear that coronavirus is still here and we all need to work together to keep ourselves, our friends, families and communities safe from this virus.

“While some wards have recorded a higher level of cases, this remains a city-wide issue and it’s essential that we all do our part to fight the virus.” 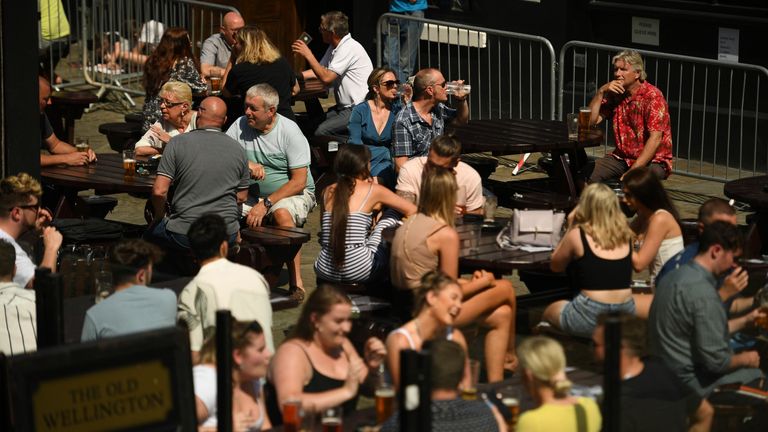 Meanwhile, councils have said they want more power to shut down pubs that fail to comply with social distancing guidelines.

It comes after images of crowded venues shared on social media drew criticism.

This weekend’s heatwave is also expected to see people cram themselves into bars and beer gardens to make the most of the weather.

While current guidance says licensed premises should take customer details and ensure they have infection control measures in place, it is still voluntary.

Now, the Local Government Association (LGA) is calling for the guidelines to be made mandatory immediately.

It also wants local authorities to be given stronger powers to enforce the do not have any specific powers to shut drinking establishments under the emergency COVID-19 restrictions.

Councils can only shut pubs and bars under the Health and Safety at Work Act, but only where there is a “serious and imminent risk” to public health.

However, the LGA argues that these laws are less specific and make it more difficult to take swift action.

It wants a temporary COVID-19 objective added to the Licensing Act which will allow councils to shut establishments that fail to collect tracing data or enforce social distancing, or even revoke their licenses.