A passenger has been knocked out by a man pushing a pram during an argument over face masks at a London train station.

William – not his real name – was arguing with South Western Railway staff by a ticket barrier at Clapham Junction station because one of the staff members was not wearing a mask, which is now a legal requirement on public transport.

Footage taken by a friend shows a white male in a grey hoodie, not wearing a mask and pushing a pram with a child in past the dispute. 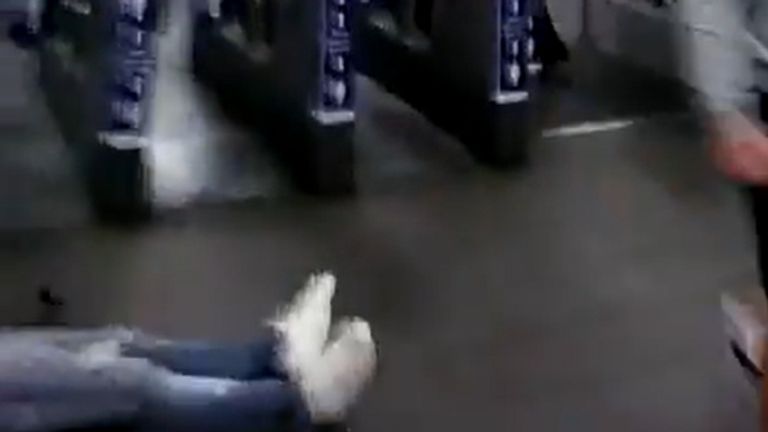 William can be heard saying “you’re not wearing one either”, which he claims was not directed at the man.

The man then walked away from the pram as he shouted “don’t f***ing start on me” and punched William, knocking him to the floor unconscious.

As William is seen bleeding on the ground, the man quickly left the area with his pram and child.

A member of rail staff can also be heard saying: “I told you both to go didn’t I?”

William required hospital treatment for a severe laceration and stitches for a head wound. 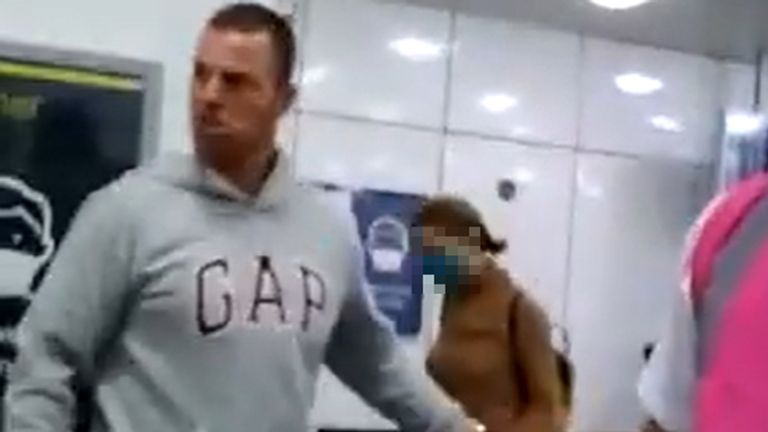 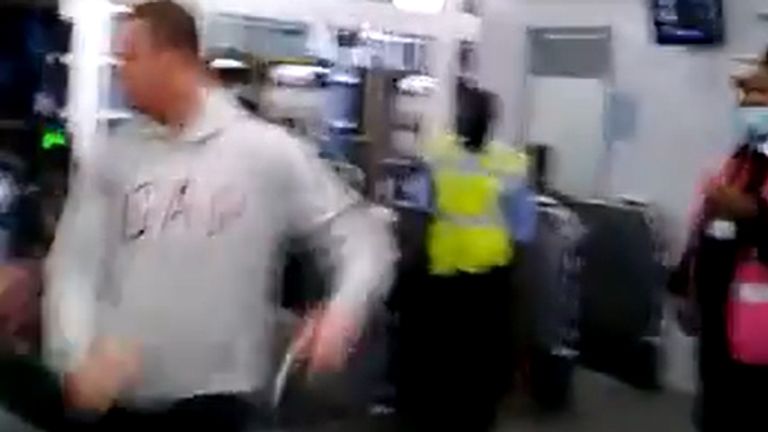 “My friend asked one of the station staff a totally reasonable and polite question ‘are you exempt from wearing a mask?’,” William told the PA news agency.

“She’d snapped back saying ‘none of your business’.

“Admittedly I lost my temper a bit.

“It escalated into a row with other station staff… then you can see the rest… thug leaves the scene, staff do nothing.

“No idea who he is, just some random person who was walking without a face covering assumed when I was talking to the guard just flew off straight away, bang.” 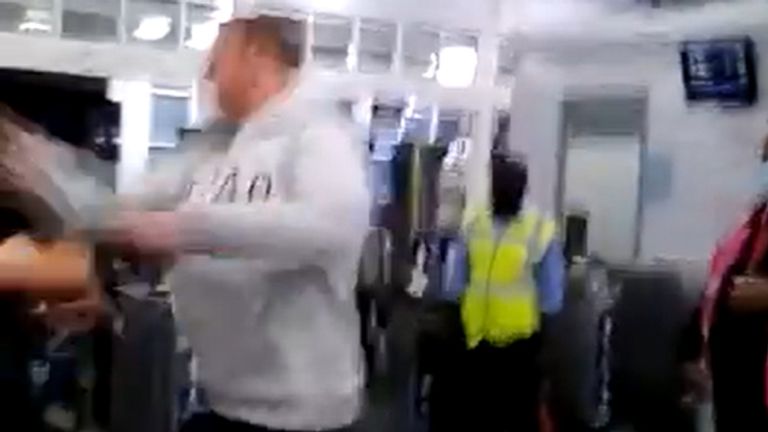 In the footage, staff did not pursue the man but could be heard saying they had called emergency services

South Western Railway said the member of staff who was not wearing a mask had a medical exemption.

It said the assault was an altercation between members of the public and staff had assisted with first aid and called the police. 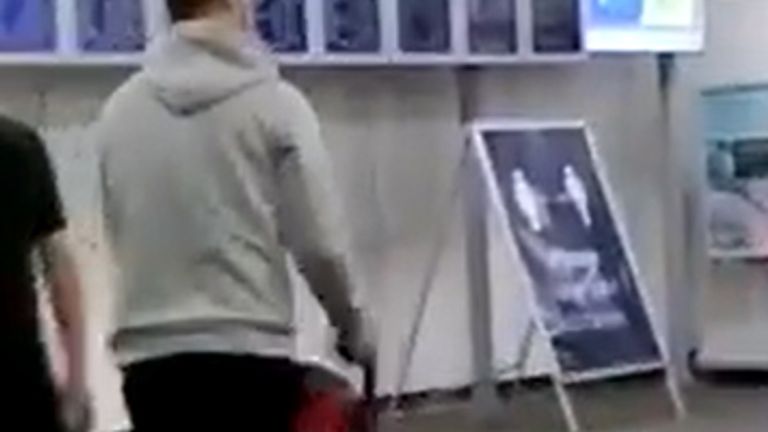 A South Western Railway spokesman said: “Our staff reported this incident to the British Transport Police who are now investigating this.

“We will co-operate in this investigation fully, but as it is ongoing it would be inappropriate for us to comment further.”