It is a very strange sight indeed, one of the UK’s most energetic cities calling time at 6pm on a Friday night.

In the George IV pub in Edinburgh drinkers booed – in a friendly manner – when the bell was sounded for last orders.

The Scottish government has ordered the closure of all pubs, bars and restaurants in the central belt of the country – where most people live – for the next sixteen days.

Outside those areas, venues can stay open open between 6am and 6pm – but there’s to be no booze served indoors.

For pub goers taking their last sip the measures have left a bitter taste, but for hospitality workers it’s much worse.

Publican Ruairi O’Neil says the industry is being unfairly targeted for the spike in infections and the economic cost will be huge.

He said: “People are losing their livelihoods and there’s not any jobs out there because we’re about go into a massive recession, so that’s one of the things we feel like, we’re being told to close but there’s no solution…. or light at the end of the tunnel.”

For many businesses what’s happening here feels like a massively backward step.

But the government says the “circuit break” is vital to get the virus back under control.

However, in a further blow to the hospitality sector, public health experts, like Professor Linda Bauld from Edinburgh University, are warning it may take longer.

She said: “I think these measures will have an impact but the big question is: is sixteen days enough?

“From an epidemiological point of view it may take a little bit longer and that’s so dispiriting for people to hear, but I think it will be a review after those sixteen days and then we’ll have to see.” 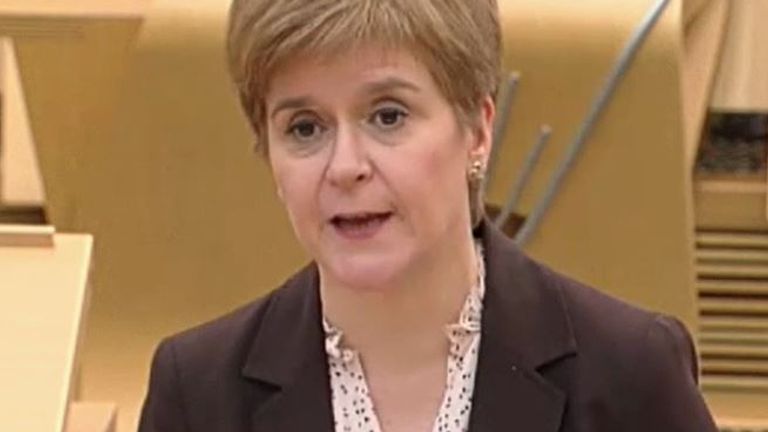 At 6pm sharp, the doors in the George IV were bolted and litres of beer were poured away – money literally down the drain.

It would be undrinkable in 16 days time.

A few minutes earlier the last drinkers were shown the door, tumbling into the cold streets to make their way home for an early night.

The Scottish government says the closures will be a short, sharp action.

But for Scotland’s pubs and bars – where many businesses are on their last legs – it feels more like a death blow from which many venues may not survive.