A study of more than 150,000 volunteers in England found the infection rate halved every eight to nine days, even as people could mix and nonessential shops reopened. At any one point between June 19 and July 8, there were an estimated 39,000 people with Covid-19, almost half the 74,000 figure in May. The swabs also revealed progress in protecting healthcare workers as there was no longer a significant difference in prevalence among key workers and non-key workers.

Health Secretary Matt Hancock said: “This research highlights how, thanks to everyone’s efforts and sacrifice, alongside targeted measures to counter the spread of this virus in health and care settings, we were able to keep rates low as restrictions were lifted.

“But we must not be complacent. I urge everyone to get a test if you have symptoms, self-isolate and provide your contacts to NHS Test and Trace so we continue to keep the virus at bay.”

The findings were shared in the second monthly REACT-1 report from Imperial College London and Ipsos MORI, who are tracking the virus in England.

Prevalence of infection had declined from 0.13 to 0.077 percent since the first round of testing in May. The overall reproduction number was estimated to be 0.58, similar to the 0.57 figure during May. 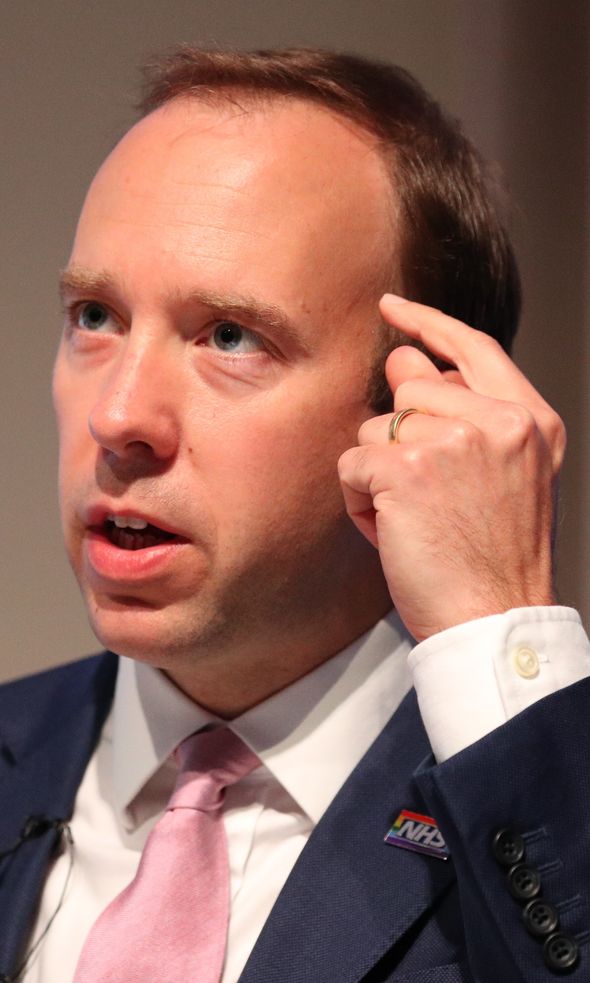 Steven Riley, professor of infectious disease dynamics at Imperial College, said: “The epidemic has transitioned out of lockdown phase but prevalence of swab positivity during the period of this study continued to decrease.”

The next report will crucially reveal the effects of further lockdown easing from July 4. Relaxation of some measures was put on hold last week amid fears infections are rising.

The increasing amount of testing is believed to be a significant factor behind a greater number of reported cases in recent days.

Some 950 new cases were confirmed across the UK yesterday, the highest since June 26. A further 49 deaths were confirmed, taking the toll to 46,413. The latest figures from NHS Test and Trace showed the number of people testing positive had increased by 17 percent in the week to July 29, while the number being tested was up four percent. Officials said the rise was partly driven by more targeted testing in areas with outbreaks but admitted it also reflected a rise in incidence.

Dr Joshua Moon, from the University of Sussex Business School, said: “Cases are going up faster than testing – this is not a good sign.” 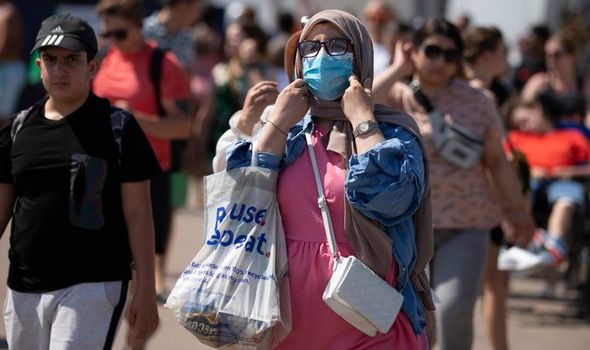 Contact tracers have reached almost 40,000 people to ask for details of contacts and alerted almost 200,000 that they need to self-isolate. In its ninth week from July 23 to July 29, NHS Test and Trace reached 79 percent of people who tested positive and were referred and asked them to share their contacts, down from 82 percent the previous week.

Some 72 percent of 19,150 contacts identified were reached, down from 76 percent the previous week.

But Prime Minister Boris Johnson yesterday stood by his claim that the NHS Test and Trace system was “world beating” and insisted it was “absolutely crucial” for the Government’s coronavirus strategy.

He said: “I think I’m right in saying that we are now testing more, per head of population, than virtually any other country in Europe.

“If you look at what we are doing with some of the local social distancing measures, that’s entirely driven by our ability to detect cases through test and trace, working with authorities to take the right local measures. “That is how we hope we will be able to keep the lid on the disease.”

Despite more than a quarter of contacts not being reached, chair of NHS Test and Trace Baroness Dido Harding said the service is working.

She added: “It has helped to prevent almost a quarter of a million people unknowingly spreading the virus. NHS Test and Trace continues to work hand-in-hand to support communities experiencing spikes in cases, through increased testing and additional contact tracing.

“Winter may seem far away but it’s what we do now that counts. So please, do play your part to stop the virus from flaring up again.”

Local health protection teams have been more successful than call centre workers at reaching people who may be at risk.

First Minister Nicola Sturgeon said there have been no Covid-19 deaths in Scotland for three weeks in a row.