Home » Europe » Coronavirus: Government pledges more than £100 million to keep homeless off the streets after lockdown

Coronavirus: Government pledges more than £100 million to keep homeless off the streets after lockdown

The government has committed more money to stop thousands of homeless people returning to the streets after charities warned they could be evicted from hotels as lockdown is eased.

Rough sleepers and those at risk of becoming homeless will be helped to secure their own tenancies with funding of £105m according to the Ministry of Housing, Communities and Local Government.

When lockdown was announced in March, the Government allocated £3.2 million to help homeless people self-isolate during the COVID-19 outbreak.

Around 15,000 people went into emergency accommodation, such as hotels, to keep them safe during the pandemic and relieve the crowding in hostels.

In some ways it has been an enormous social experiment to help reset the lives of rough sleepers, but charities feared it would end in July, when contracts between local authorities in England and hotels were expected to terminate due to current government money running out.

The announcement of the new money comes as one council told Sky News it has had remarkable success using the emergency COVID-19 investment to steer rough sleepers away from addiction.

Rather than use hotels, Somerset-West and Taunton Council put its homeless into disused university halls of residence and used much of the emergency government money to set up support teams with the YMCA.

Together they brought in a regular nurse and coordinated visits to their residents from the drug and alcohol services and mental health trust.

Heroin addict David Brown used to finance his addiction through daily shoplifting. He said: “I’m now clean off the drugs and that’s happened in three months. The habit’s gone. I don’t wake up Ill. It feels good. I’m not chasing my drugs anymore and I’ve realised I’m better than a drug habit.”

Alcoholic, Alistair Smith, a former secondary teacher became homeless because, as he puts it, he drank his rent. But the project appears to have turned things around for him too. He says he is drinking “a tenth” of what he was before. And adds: “You ask any of the addicts they’ll all say they are taking less heroin, less spice, less crack.” 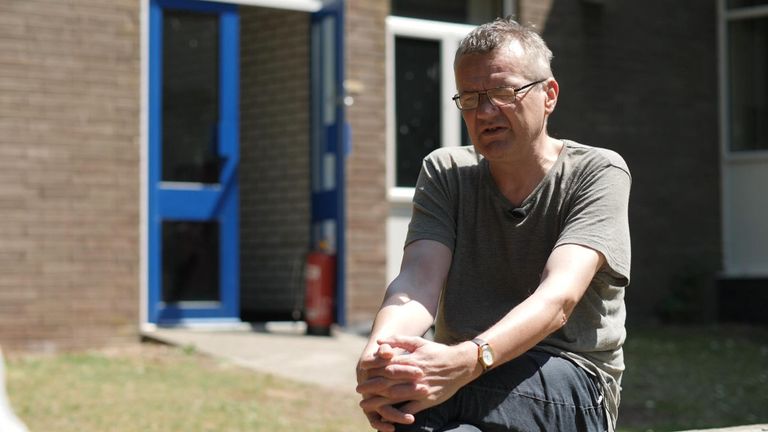 “To hear their stories actually made me cry because if you can hear someone telling you that they are no longer taking drugs – or their mental health is in a better state – that for me is a reason why I got involved in politics and that’s what all councils should be doing and that’s what the government should be doing – because you are turning someone’s life around.”

John Shipley, Housing Operator at the YMCA Dulverton group, who is helping run the Taunton project said: “One of the big differences this project has made is that our residents have started talking about their future, and that’s something most of them won’t have thought about in years.”

He added: “There needs to be the involvement of other agencies that are going to help them sustain that because are not going to live in a place like this for the rest of their lives they are going to move on to somewhere else and that for some people is the most dangerous step.”