A controversial plan to create a road tunnel near Stonehenge has been given the green light, despite opposition.

The two-mile road tunnel will be built near the prehistoric site in Wiltshire to help reduce congestion on the A303.

The decision, which was confirmed by transport minister Andrew Stephenson, contradicts recommendations made by planning officials who warned “permanent, irreversible harm” would be caused to the World Heritage Site. 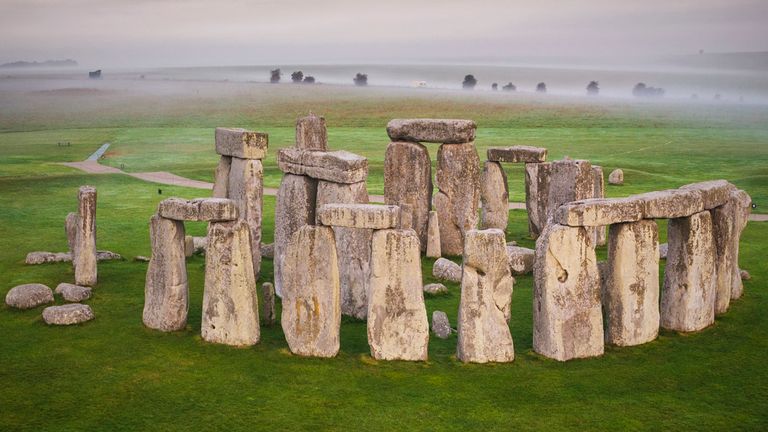 The Planning Inspectorate said the project would have a substantial impact on the integrity and authenticity of the area, “affecting not only our own, but future generations”.

Despite this, in a letter approving the project, Transport Secretary Grant Shapps said: “The Secretary of State agrees the benefits of the development would include enabling visitors to Stonehenge to see the stone circle without the visual and aural distraction of road traffic.”

There has also been opposition from environmentalists and archaeologists.

Professor David Jacques, from the University of Buckingham, has worked close to where the tunnel will be built since 2005.

He described it as a “gut-wrenching” decision, which will “clearly compromise the archaeology” in the area.

He added: “Stonehenge is precious for the whole of humanity, for our understanding of how we have adapted and evolved as a species since the Ice Age.”

In June, archaeologists discovered a large ring of around shafts within the World Heritage Site, only a short distance from the stones.

However, Highways England said these had been found “well outside the scheme boundary”.

The A303, a commonly used route for motorists travelling to and from the south west, can often become congested on the single carriageway which passes near Stonehenge.

Jim O’Sullivan, chief executive of Highways England, said the plans are “part of the biggest investment in our road network for a generation”.

He added that “this transformational scheme will return the Stonehenge landscape towards its original setting”, by removing the sight and sound of traffic in the area, with journey times also being cut. Sarah Richards, the Planning Inspectorate’s chief executive said: “There has been a great deal of public interest in this project.

“A major priority for us over the course of the examination was to ensure that communities who might be affected by this proposal had the opportunity to put forward their views.

“As always, the Examining Authority gave careful consideration to these before reaching its conclusion.”

Preparatory work is expected to start in spring next year, with the five-year construction phase scheduled to begin in 2023.

In March, Chancellor Rishi Sunak announced that there is funding for the project, which will be a part of £1.7 billion to upgrade the A303.