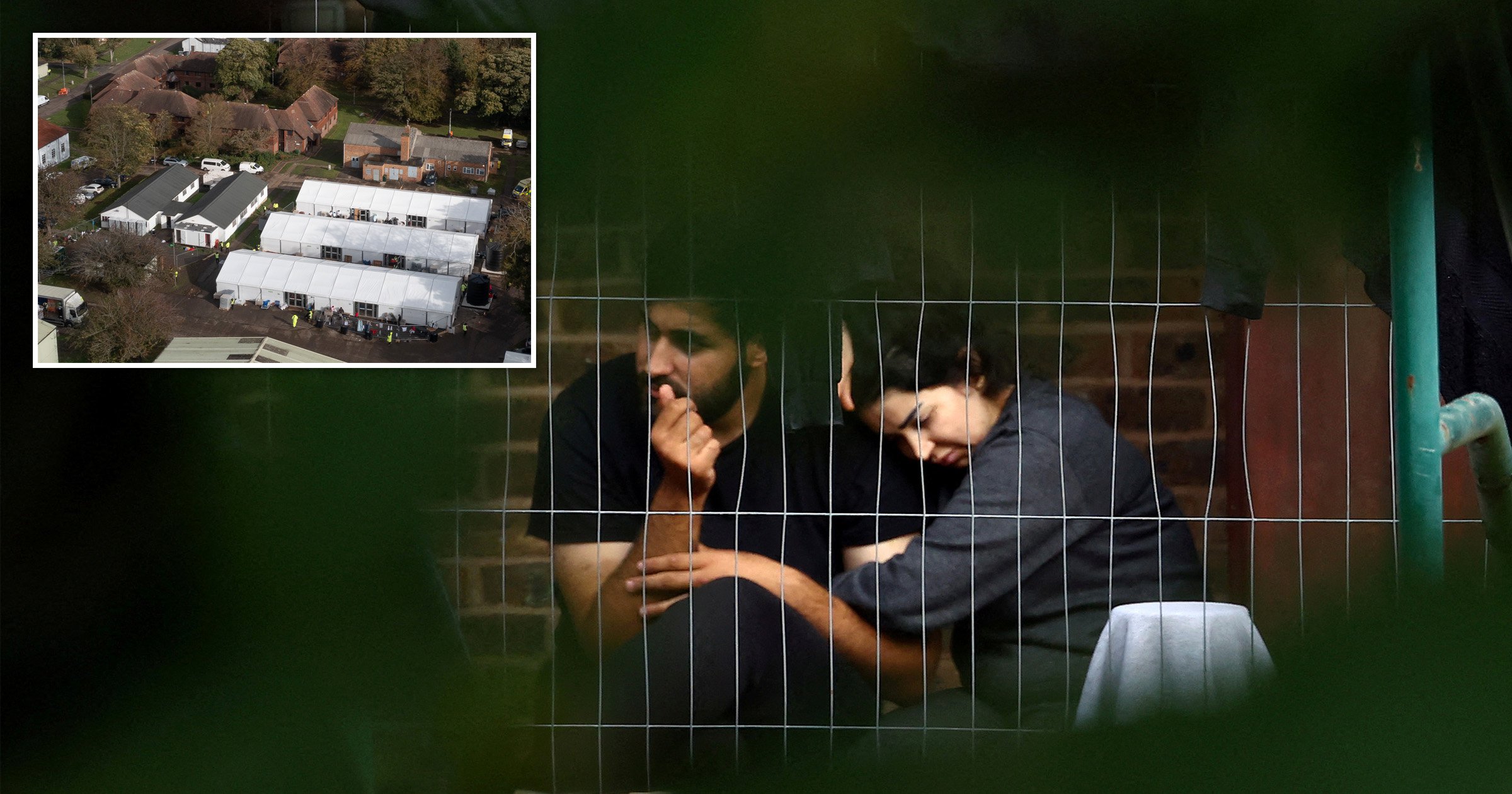 Hundreds of people have been moved out of the Manston immigration centre amid criticism it is dangerously overcrowded.

Ministers have admitted that conditions at the Kent site are ‘poor’ after a report found children had to sleep on floor mats and some people were stuck in the temporary processing facility for weeks at a time.

Infrastructure on the south coast is struggling to cope with the record numbers of people illegally cross the English Channel in small boats.

Almost 40,000 people have reached Britain via the perilous route so far this year, a record-breaking number that could hit 50,000 before the end of 2023.

The government will hope that deteriorating weather conditions will deter human trafficking gangs from launching vessels from the north coast of France in the coming days and weeks.

Immigration minister Robert Jenrick said the number of migrants at the Manston migrant processing centre had ‘fallen substantially’ on Tuesday.

There are expected to be further transfers of people throughout Wednesday as officials battle to work through a backlog of more than 4,000 people.

The Home Office has not confirmed how many people were taken out of Manston yesterday but the union representing Border Force staff earlier said there was a target of 400.

Sir Roger Gale, the Conservative MP for the North Thanet constituency which includes the facility, said ‘several hundred’ had already been moved.

Two coaches with heavily tinted windows were seen leaving the centre at around 4.15pm on Tuesday. It appeared the buses were full of people.

Another coach entered the site at around 4.25pm.

Mr Jenrick said: ‘Thanks to the hard work and professionalism of Home Office and Border Force staff, military personnel and our contractors we have made good progress.’

He continued: ‘Unless we receive an unexpectedly high number of migrants in small boats in the coming days, numbers will fall significantly this week.

‘It’s imperative that the site returns a sustainable operating model and we are doing everything we can to ensure that happens swiftly.’

It’s unclear whether those moved are being taken to another immigration site or being put into expensive hotel accommodation.

Suella Braverman told the Commons it costs the taxpayer £6.8 million every day to house illegal migrants and asylum claimants in private sector hotels.

The home secretary has also been forced to deny allegations she refused to sign off on extra provision, a move which critics say fuelled the Manston backlog.

The site, which is located at a former Ministry of Defence fire training centre, opened in January 2022 and was designed to hold up to 1,600 people for no more than 24 hours.

The British Red Cross said ‘the serious problems at Manston are indicative of the wider issues facing the asylum system’.

A spokesperson said: ‘Our country has a proud history of helping people fleeing war and persecution.

‘It doesn’t matter how you got here, everyone deserves to be treated with compassion and humanity once you’re on our shores.’