An “inconceivably macabre” tradition of keeping human remains as relics during the Bronze Age has been discovered by researchers.

The discovery by University of Bristol archaeologists revealed how the dead were commemorated 4,500 years ago.

In one case, a human thigh bone found in a grave near Stonehenge had been crafted into a musical instrument.

The findings were made using radiocarbon dating and X-ray scanning techniques.

Dr Thomas Booth, from the university, said: “Even in modern secular societies, human remains are seen as particularly powerful objects, and this seems to hold true for people of the Bronze Age.

“However, they treated and interacted with the dead in ways which are inconceivably macabre to us today.” 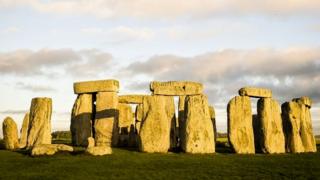 In the discovery made in Wilsford, near Stonehenge, the carved and polished artefact was found with other items, including stone and bronze axes, a bone plate and a tusk.

“Although fragments of human bone were included as grave goods with the dead, they were also kept in the homes of the living, buried under floors and even placed on display,” said Professor Joanna Brück.

“This suggests that Bronze Age people did not view human remains with the sense of horror or disgust that we might feel today.”

Researchers said the findings revealed human remains of those within living memory were regularly kept and circulated amongst the living.

The team also used micro-computed tomography at the Natural History Museum to look at microscopic changes to the bone produced by bacteria, to learn how the body was treated while it was decomposing.