Three people have been charged after violent scenes at an unlicensed street party in Brixton, south London.

Scotland Yard said 27 officers were injured and police cars smashed up during “significant disorder” at the illegal event in Overton Road on Wednesday.

Footage on social media showed a line of police retreating from crowds of people running at them with makeshift weapons near the Angell Town estate.

Bottles and other objects were thrown at the officers. 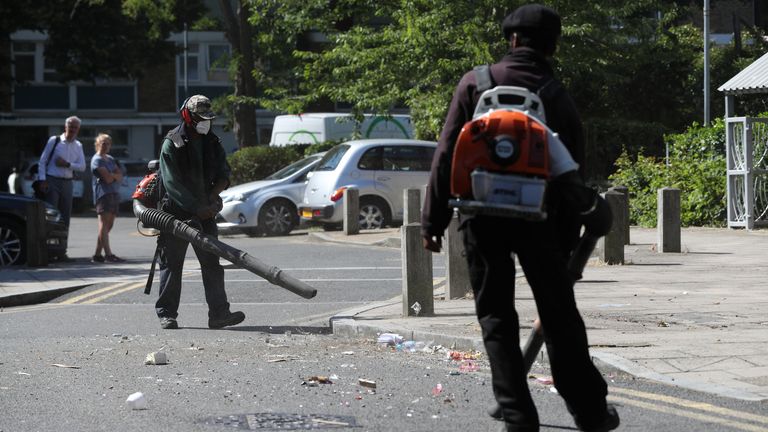 Police said they were called by concerned residents to the illegal street party.

Despite being encouraged to leave the scene, the crowd did not engage with officers and later became hostile, Scotland Yard said.

Donte Knight, 20, of Charles Barry Close, Clapham Town, south London, and a 16-year-old male from Brixton have been charged with violent disorder.

Both are due to appear at Croydon Magistrates’ Court on Monday.

Natasha Agyekum, 24, of Peckford Place, Brixton, has been charged with assault on an emergency services worker and will appear at the court on 20 August.

The Metropolitan Police has arrested a further five males on suspicion of violent disorder as part of the investigation into the incident.

Two of these men remain in custody, while an 18-year-old, 22-year-old and 28-year-old have been bailed pending further inquiries. 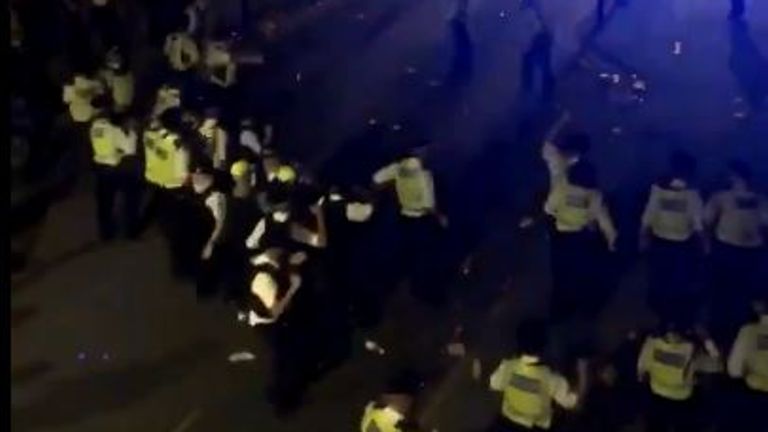 Boris Johnson condemned the violence at the time and said the government would shortly be launching a consultation on doubling the maximum sentence for assaulting an emergency worker.

“These were appalling scenes. Violence against the police will not be tolerated,” his spokesman said.

Mayor of London Sadiq Khan said: “I’m in touch with the Met about the completely unacceptable events in Brixton overnight.

“Violence against the police will not be tolerated. Large gatherings during COVID-19 are deeply irresponsible and risk others’ lives.”