Matt Hancock predicted the national effort to identify and isolate anyone infected with the disease will be “world class” despite just two thirds of the contacts of new Covid-19 patients being tracked down in its first week. He said the operation will become the country’s “radar” for detecting the spread of the epidemic after beating his expectations in the initial stages. But he refused to rule out making compliance with the system compulsory if too many people decline to voluntarily self isolate when told to do so by NHS contact tracers.

“You have your part to play, you must isolate and get a test,” the Health Secretary said in an appeal to anyone contacted through the system.

“You must work with test and trace to identify who you have been in contact with and if you are asked to isolate you must do so.

Data for the first week since NHS Test and Trace was launched showed 8,117 people who tested positive for coronavirus had their case transferred to the contact-tracing system over the period with 5,407 (67 percent) provided details of recent contacts while 2,710 (33 percent) were not reached.

A total of 31,794 people were identified as having come into close contact with the new patients during the initial stages of the disease.

Out of that figure, 26,985 (85 percent) were identified and advised to self-isolate. 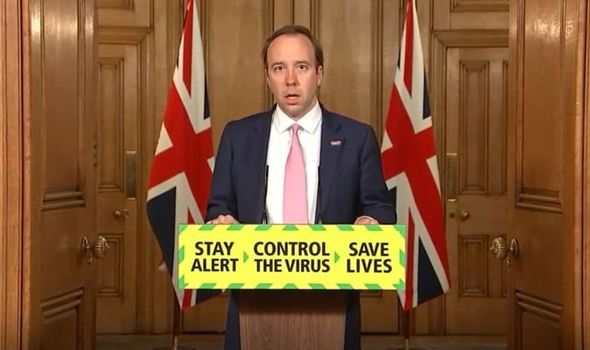 But a small minority, just over 4,800 people, either could not be contacted or refused to self isolate despite being warned they may have been infected.

Mr Hancock told last night’s Downing Street coronavirus briefing: “I think that the system has worked well and to get two-thirds in the first week of operation, it beat my expectations.

“Then to have the vast majority – 85 per cent – of the contacts that were given self-isolating, that beat my expectations too.”

Asked whether the order to self-isolate could become mandatory, the Cabinet minister said: “We’re not ruling it out but I don’t think we need it at the moment.

“What we’ve got to do it keep seeing those numbers going up, the numbers of people in the system and the proportion that we get to, because we think that is the best way forward.”

He added: “Testing for the virus and tracing how it spreads is critical for containing it locally, so that we can ease the national lockdown,” the Health Secretary said.

“It’s by isolating the virus that we can control it and we can stop it spreading through our communities.

“In this plan to lift lockdown, Test and Trace is our radar, if you like, it helps us identify where the virus is and trace how it is spreading through the community.” 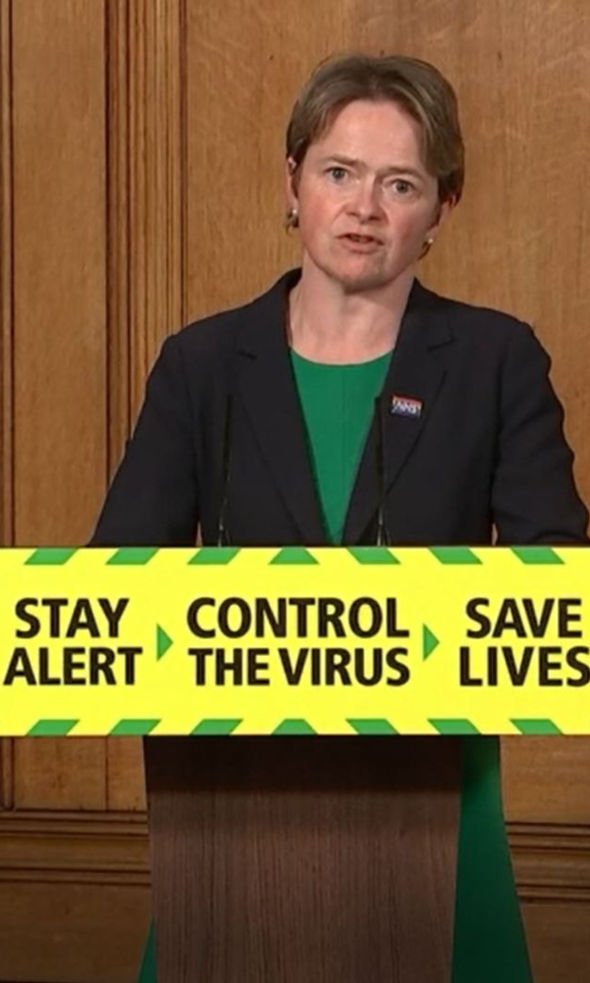 “We are not at the gold standard yet that we want to be, of isolating all contacts within 48 hours of someone requesting a test,” she told reporters.

“But you can absolutely see the path of how we are going to get there.”

Lady Harding said the “vast majority” of people were complying with the programme.

She added: “Making sure that we bring as many people as possible who have got coronavirus into the test and trace programme is the number one thing we need to improve over the coming weeks.”

Lady Harding said the scheme had “got off to a good start”.

She said the system had been “stood up in extraordinary time” and would get better through the summer.

“Is it completely perfect? No, of course it isn’t. Is there stuff that we all need to do better? Yes there is.”

She told the Downing Street briefing: “Given that it is still early days this is really encouraging, it means that the vast majority of people are responding positively and willingly, sharing information and self-isolating when needed.

“Our first week of data shows this partnership has got off to a good start but together we know there are further improvements we can make to the system.”

Lady Harding was unable to give a date for the launch of the mobile phone app, currently being trialled on the Isle of Wight, which will form part of the test and trace programme she leads.

“This is a multi-channel consumer service, it’s online, it’s on the phone, it’s face-to-face in local communities and, in time, it will have an app,” she said.

The app “is the cherry on the cake, it’s not the cake itself and what you are seeing today is the first baking of the cake is going reasonably well”, she said.