Boy racers with exhausts ‘like gunfire’ terrorise estate all night 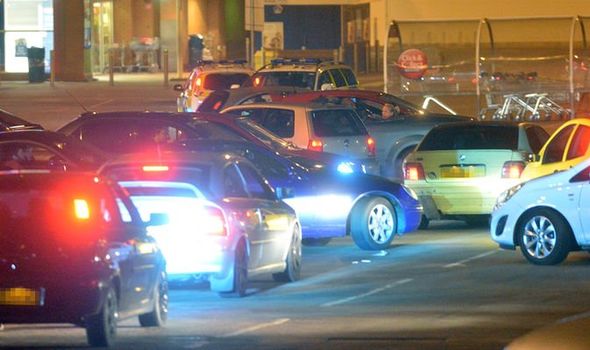 Those living near Northfield, Hull, say their roads are being used like race tracks by boy racers in modified cars. The young drivers also use an unsecured car park to show off their motrors late into the night, the community of largely pensioners added.

One resident told Hull Live: “They’re racing up and down the road there at all hours of the night in modified cars, when their exhausts are going it sounds like gunfire.

“My mum is 80 and lives around the corner here, she doesn’t understand what it is sometimes and it is absolutely terrifying for her.

“There are a lot of elderly people that live on this estate, it is generally quiet and it isn’t right that they should be having to put up with this noise in their old age.

“It frightens me, when you’re sitting relaxed in an evening and then all of sudden it sounds like there is a gun fight going off outside, it isn’t nice.

“The worst is late at night when they’re on the industrial estate doing doughnuts in their cars and having a meet-up with loads of them all there together. I struggle to sleep with the noise.

“I know we’re not the only area that is suffering with this sort of behaviour and I think that a lot more needs to be done to help residents because it isn’t right for us to be living on edge all the time.”

They’re racing up and down the road there at all hours of the night in modified cars, when their exhausts are going it sounds like gunfire

Councillors say the situation is being monitored and they are working with Humberside Police.

The estate lies in the Pickering ward of west Hull, which is represented by two Lib Dem councillors one of whom, Mark Leronimo, said: “As soon as residents reported these nuisance bikes in our area, we met with our local police team and reported it to the council straightaway. We’re working with both to find a solution.

“Summergroves’ residents deserve better than this disturbance, and the local Lib Dem team are working hard to make sure residents get this issue resolved as quickly as possible.

“Alongside my Lib Dem colleague Holly Burton, I’ll be raising the issue at our council committee meeting.”

The councillor said police have identified a particular car park in the east of the area as at the heart of the problem, and will patrol it more frequently.

Concerns about car meets involving young drivers grew after 17 people were injured at one gathering in Stevenage, Hertfordshire.