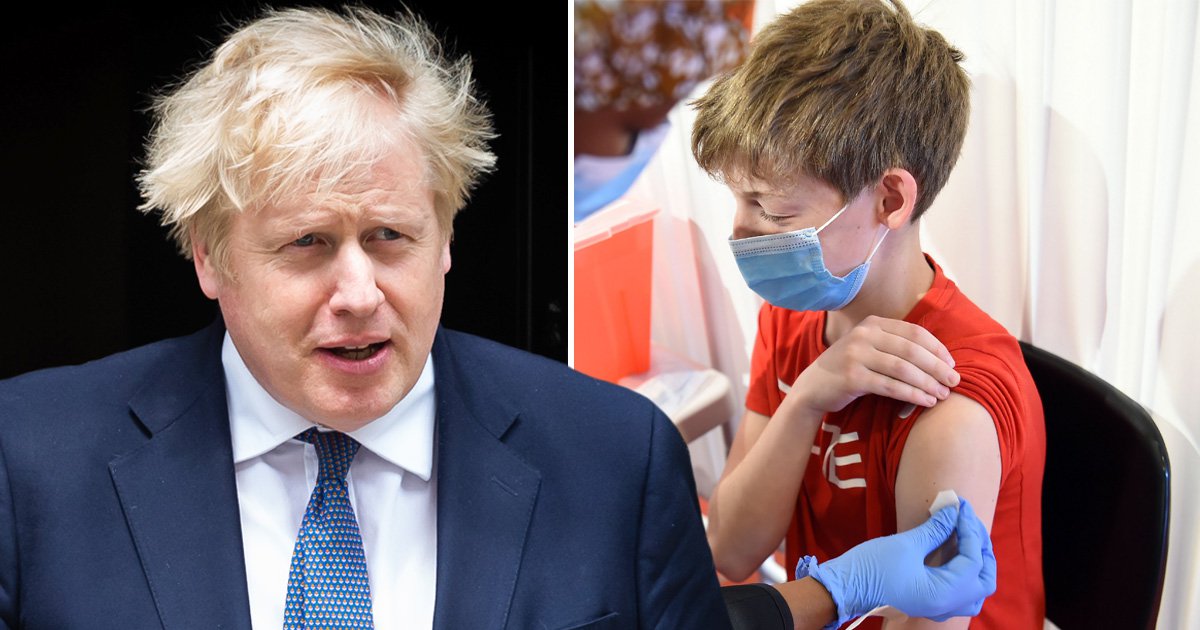 Boris Johnson is under increasing pressure to announce whether Britain will vaccinate children against coronavirus, reports suggest.

Medical experts are set to offer the Prime Minister a ‘menu of options’ but will stop short of making a firm recommendation, it has been claimed.

The joint committee on vaccination and immunisation (JCVI) is due to unveil the ‘options and consequences’ of administering the vaccine to children.

But doctors, MPs and parents have joined forces to launch a campaign against under 18’s being included in the vaccine rollout – urging the Prime Minister not to put children in ‘unnecessary danger’.

Mr Johnson is expected to make a decision before the end of June, according to the Telegraph.

However earlier leaked plans indicated children as young as 12 could get the vaccine from September – as the ministers face the prospect of another wave of infections over the coming winter.

A government source apparently conceded the plans were ‘controversial’ but said they were ‘necessary to stop the UK regressing in its remarkable fight against Covid.’

The European Medicines Agency has recommended the use of the Pfizer vaccine to be expanded to children aged between 12 and 15.

Both the Pfizer and AstraZeneca vaccines are said to be ‘effective’ against the Indian variant of coronavirus, which is highly-transmissible.

But last month the World Health Organisation revealed it is not yet recommending the Pfizer jab for under 16s.

‘It’s likely that the JCVI will come up with a menu of options saying what the consequences of each of them would be, rather than making an actual recommendation,’ a source said according to the Telegraph.

‘There are a lot more things to consider with this than with the adult vaccination programme.

‘What is the benefit to children versus the possible harm? What are the legal and ethical issues?

‘Could it be rolled out in schools if it went ahead? Should we be using vaccines for children when so many places are struggling to immunise adults?’

‘Clearly a lot of preparations have been put in train by the Government in case ministers decide to go ahead, but the JCVI is in no way bound by that.’

It comes amid fears the spread of the Indian coronavirus variant could jeopardise the Government’s plans to scrap all lockdown restrictions by June 21.

A map revealed 10 hotspots as the strain becomes dominant across England with cases doubling in just a week.

There is a ‘good argument’ for vaccinating children over 12, one expert said on Saturday morning.

Klaus Okkenhaug, professor of immunology in the department of pathology at Cambridge University, conceded the Prime Minister faced a ‘difficult’ decision to balance the benefits for children versus the wider population.

Children being vaccinated would reduce opportunities to transmit the virus to teachers, he told Times Radio.

And Professor Okkenhaug said the Pfizer vaccine could be a potential candidate due to its safety record.

‘I think the lower in age we go, the lower the risk from the virus is, then the more risk averse we become with relation to the vaccine.

He added: ‘But I think given the phenomenal safety records of some of the vaccines out there, there’s a good argument for going ahead at least with older children, say 12 and above.’