He admitted he used to be “too fat”, and was “way overweight” at 17 stone when he was struck down with the virus in April last year. It was his stint in intensive care, which he feared may have been due in part to his weight, that led to a health drive. He is now regularly seen on runs with the family dog Dilyn and has enlisted a personal trainer.

After Public Health England figures showed the clinically obese were 40 percent more likely to die of Covid, Mr Johnson said: “Losing weight is hard but with some small changes we can all feel fitter and healthier if we all do our bit.

“We can reduce our health risks and protect ourselves against coronavirus – as well as taking pressure off the NHS.”

During his bid for the Tory Party leadership in July 2019 he slammed levies on sugary, salty and fatty foods as sin taxes.

But after his near-death experience, he is said to have told ministers: “I’ve changed my mind on this.” 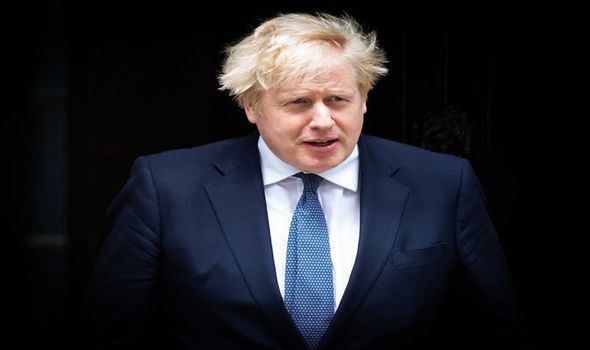 Mr Johnson lost more than 20lb after his scare. He admitted to taking a “very libertarian stance” in the past but said the effects of obesity cannot be “ignored”.

He added: “Compare this wonderful country of ours to other European countries, we are significantly fatter than most others. It is an issue. Everybody knows that this is a tough one. I don’t think politicians can treat it as irrelevant.”

Mr Johnson’s son Wilfred was born on April 29 – 17 days after Mr Johnson was discharged from hospital.

Asked if he feared he might not live to see his new child, he said: “Well, yes, of course. I won’t hide it from you, I was thinking about that, yes.”