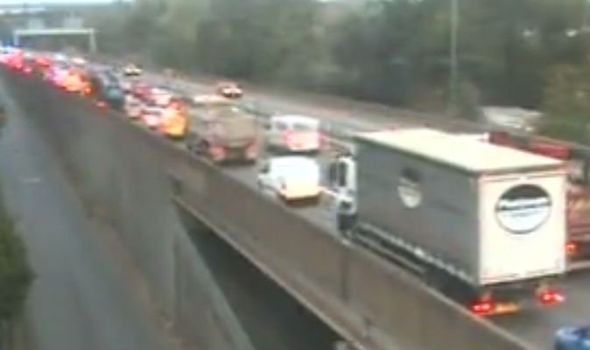 There are tailbacks of five miles on the A102 northbound in Greenwich, approaching the Blackwall Tunnel. There is also congestion on adjoining routes, including the A2 eastbound near Blackheath. It is understood part of the A102 is closed due to a suspected “police incident”, MyLondon reports.

Despite the road first closing at around 3am this morning, there is still no official reason given for the mysterious closure.

But Blackwall Tunnel is an important route into City of London and other central parts, including the Canary Wharf area.

The incident is said to be adding 40 minutes onto journeys today as drivers follow police diversions to cross River Thames on alternative bridges or tunnels.

Met Police’s Road and Transport Metropolitan Police Service wrote on Twitter: “A102 towards Blackwall Tunnel closed for a short distance, underneath Sun-in-the-Sands. Rejoin from the roundabout.”

The second bore of Blackwall Tunnel opened in 1967 and it now runs 1,350 metres under the river.

Just days ago, Insulate Britain protesters blocked off the Blackwall Tunnel and causes traffic chaos in the city.