The Black Farmer has praised Sainsbury’s for its Christmas advert which sparked boycott threats and called on rival supermarkets not to duck the controversy.

However a subsequent advert by the chain showing a black family enjoying a traditional British Christmas – the first of three festive promotions – drew criticisms on social media including claims that it is ‘virtual signalling’ and ‘unrepresentative’.

The Windrush-generation entrepreneur has been striving to increase diversity within the UK food, retail and farming industries.

In October, his Black History Month campaign, which was supported by Sainsbury’s, raised money for charities the Black Cultural Archives and the Mary Seacole Trust.

Mr Emmanuel-Jones said: ‘Supermarkets have to start doing a lot more to demonstrate that they represent all of Britain. For years I have been trying to get supermarkets to celebrate Black History Month.

‘This year, with Black Lives Matter, I thought if I can’t get them to do this now, it will never happen.

‘I wrote to every chief exec of every supermarket in the country to get them behind this.

‘The first people to get onboard were Sainsbury’s and Co-op, they have to be really credited for deciding they needed to bring about a change, although with others it was a struggle.

‘The backlash that Sainsbury’s has had is a demonstration of the job needs to be done.

‘They need to be commended and it’s ironic in this day and age that what they have done is considered brave. It is brave because they had a massive backlash.

‘What history has taught us is this. The people who stand by and do nothing are the ones who need to do some navel-gazing and ask themselves if it’s right to use competition as an excuse not to stand with Sainsbury’s.

‘It’s not acceptable for those other supermarkets to stay quiet, they need to demonstrate they are part of the change.’

Called Gravy Song, the Sainsbury’s advert shows the family in a nostalgia-tinged home video interspersed with festive pictures as a father and daughter talk on the phone.

One viewer tweeted: ‘Isn’t the UK supposed to be all about Diversity and Inclusion? Don’t see any of that here. Virtual signalling if ever I’ve seen it.’

Another commented: ‘Another reason to boycott Sainsbury’s.’

Mr Emmanuel-Jones, an ex-BBC TV producer and director, said: ‘I thought the advert was very good.

‘I spoke to someone who said they felt like an outsider because there were no white people in the advert.

‘I replied that actually that is how black people feel most of the time because there are no people representative of them. I see it all the time when I go into the head offices of supermarkets and major corporations, there are no black people at all. You think, “this is not right”.

‘One of the big things about the Black Lives Matter movement is that it is a Me Too moment.

‘Black people and white liberals have been able to stand up and talk about these things.

‘That’s why Sainsbury’s has to be commended. But this change also has to be represented where the power is, not just plastering over the cracks on television.’

The businessman, 63, argues that supermarkets have largely been beholden to their shareholders in trying to show they are exercising corporate responsibility in green and other issues.

He praised Sainsbury’s, who stock Black Farmer products including his premium pork sausages, for taking steps to reflect the modern British experience at Christmas.

‘Everything that Sainsbury’s has done has come largely from the top, the chief executive, who has sent a signal to all of his employees and shoppers about what they stand for,’ he said.

‘He has to be praised for doing that and the others need to learn some lessons that the top needs to be giving signals about what is important.

‘All too often when it comes to race big corporations have hidden by their human resources departments and statistics to hide the reality that even though they have black customers they are not representative.

‘That cannot be allowed to continue.’

Based in Devon and proudly flying the Union Jack on his products, the father-of-three is trying to reflect a modern British experience, rather than force a niche market into the mainstream.

He founded The Black Farmer after realising his childhood dream to own a patch of land in the British countryside, offering ‘flavours without frontiers’.

‘For example, when I was trying to get supermarkets to stock my products they couldn’t get their heads around a quintessential British sausage being made by a black guy, they thought it was being made for black people.

‘I don’t want to be stuck in the ethnic aisle, but to celebrate modern Britishness.’

Sainsbury’s said in a statement: ‘We want to be the most inclusive retailer where colleagues love to work and customers love to shop. 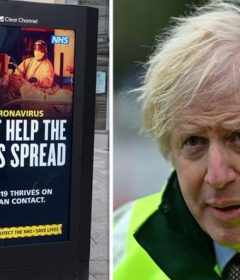 Lockdown end date: Will lockdown be over by Easter? 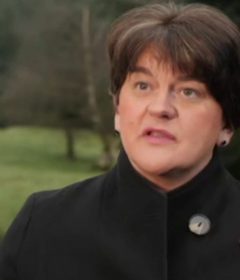