Laura Kuenssberg warned four Tory leadership contenders they are in the “danger zone”, claiming at least two will be eliminated in the first round of votes on Thursday. The BBC’s political editor added Boris Johnson is “way up ahead”, with over 80 nominations. Speaking on Radio 4’s Today Programme, Ms Kuenssberg said: “What we can say in terms of the public declarations is that Boris Johnson is way up ahead with well over 80 nominations at this stage. Then at the bottom, there are three of four candidates perhaps who have been struggling to get to the mark they need to stay in the race, which are 16 votes.

“Those are Rory Stewart, who of course has been pitching himself at the left of the Tory Party which has completely ruled out leaving the EU without a deal.

“Mark Harper, the former chief whip, and then two Brexiteers, Esther McVey and Andrea Leadsom on the other side of the party.

“Now all four of those are in the danger zone if you like, I think it’s likely at least two of them will go out.

“But it is really hard to read, it is unpredictable and it’s a secret ballot.” 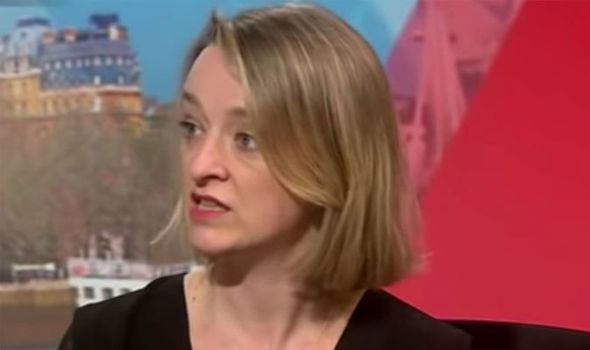 All four of those are in the danger zone if you like, I think it’s likely at least two of them will go out

The 313 Conservative MPs sitting in the Commons are called to cast their ballot at 10am today, in what marks the first real test of this contest.

Any of the 10 candidates failing to secure at least 17 votes will be eliminated from the race.

And last night, Health Secretary Matt Hancock seemed to have made it over the line, becoming the sixth Tory MP to secure a place in the next round, according to Politico.

But, as the vote is secret and more than a quarter of the MPs eligible to vote haven’t yet publicly backed anyone, everyone still has a chance to go through the second stage of the contest.

The next round of votes, which will likely take place next week, will eliminate from the contest those who can’t gather the support of at least 33 MPs.

But if all candidates pass this benchmark, the party will eliminate the person with the fewest votes.

The third round of the race will see members of the Conservative Party have their say via a postal vote.

The leader replacing Theresa May will be announced by July 22.

Today’s vote is taking place following the new rules agreed by the Conservative Party earlier this month, agreed to speed up the contest.

Singapore Budget 2020: $1b over next 3 years to shore up cyber and data security capabilities