Former football coach and serial paedophile Barry Bennell has been sentenced to another four years in prison for further sexual offences against boys.

Bennell, 66, is already serving a 30-year sentence at HMP Littlehey in Cambridgeshire after being found guilty of 52 child sex offences in 2018.

The former Crewe Alexandra coach, who is also known by the name Richard Jones, appeared via videolink from prison today after pleading guilty to three counts of buggery and six counts of indecent assault at an earlier hearing.

The offences were carried out against nine boys between 1979 and 1988 when the victims were aged between 11 and 14.

Sentencing him to his fifth jail term at Chester Crown Court, Judge Patrick Thompson said: “You had a respected position as a football coach for professional football clubs including Crewe Alexandra, Manchester City and Stoke City. “It was a position you grossly abused in order to use those boys as your sexual playthings.

“These were children whose parents trusted and respected you, when you were in fact a parent’s worst nightmare.”

The court heard how the former football coach abused the nine victims while they were staying at his homes in Crewe and Furness Vale, Derbyshire, as well as at a children’s home in Taxal Edge.

In a victim impact statement, one of them said he had given up football after suffering a panic attack while playing for his national team.

He told the court: “Bennell ruined my boyhood dreams and took that away from me.”

The sentencing hearing was told the 66-year-old has a detached retina after being attacked in prison and is in remission from cancer. 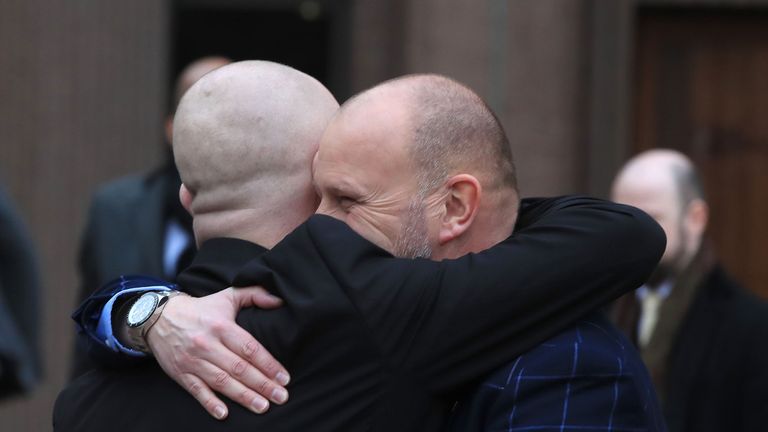 Defending, Eleanor Laws QC said Bennell had already been sentenced to a total of 49 years and been told by a previous judge – Clement Goldstone QC – that he “may well die in prison”.

He underwent an “intensive rehabilitation programme” while in prison in America and has not offended for 25 years, she added.

The Offside Trust, a charity that helps victims of sexual abuse in sport, said in a statement outside court: “We are delighted that more survivors have seen justice today.

“The sentence is to be welcomed and is a reminder of the horrific nature of what these men and so many others have lived through.”

It is believed he may have more than 100 victims, as 86 complainants came forward to say they were abused by him following his last trial.