Archaeology breakthrough: How ‘genesis of Stonehenge’ was found after Scottish bay scan

The find was made in the Bay of Firth, just a few miles of the mainland of Orkney, Scotland, by archaeologists Richard Bates, and Caroline Wickham-Jones. The pair used state-of-the-art underwater SONAR technology known as Teledyne Blueview to map out the entire bay for any evidence, after acting on a hunch due to the area being well-known for its archaeology. However, they stumbled across something far greater.

They informed well-known investigator Josh Gates, who showcased the finds on the Discovery Channel’s “Expedition Unknown” earlier this year.

He said in February: “As we navigate back and forth across the site, the computer begins stitching together the data and before long, something unusual begins to take shape.

“There’s no question there is a feature down there.”

Dr Bates told the cameras: “There is a definite step in the landscape, look at the curve, it’s circular,” before Dr Wickham-Jones added: “It is not ordinary.” 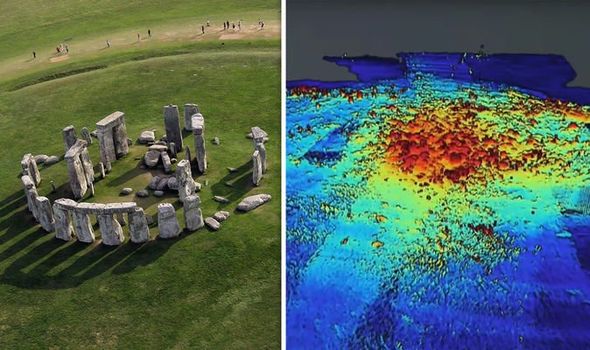 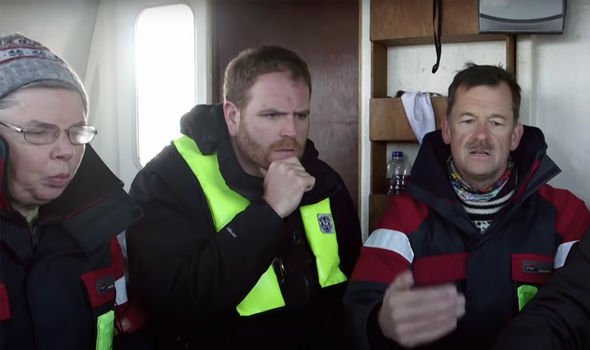 The remains we saw underwater, so reminiscent of the banks and ditches of Stoneheng

The archaeologists believed the stone dates back to the Bronze Age, which could age it as far as 4,000BC

Most researchers agree Stonehenge was constructed in 3,000BC.

Mr Gates explained why it was such a big find, before jumping in the water to get a closer look.

He added: “If Caroline and Richard can prove that people made or even modified the site it would mean that this is the earliest man-made henged stone-circle monument ever found.

“Perhaps the inspiration for all others that followed. 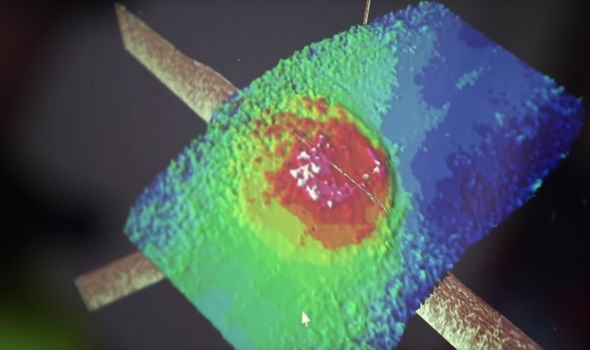 “So against my better judgement an open ocean dive in near-Arctic waters is on and John has brought another scanning set-up to document the site in even richer detail.

“The feature is only about 15 feet deep, but it feels like we’re on another planet.”

Mr Gates got a close look at the feature and he was stunned, to say the least.

He continued: “My first impression is it’s not really a flat sandy bottom, a lot of kelp down here and a lot of stone.

“We swim towards the centre and the ground beneath us begins to rise. 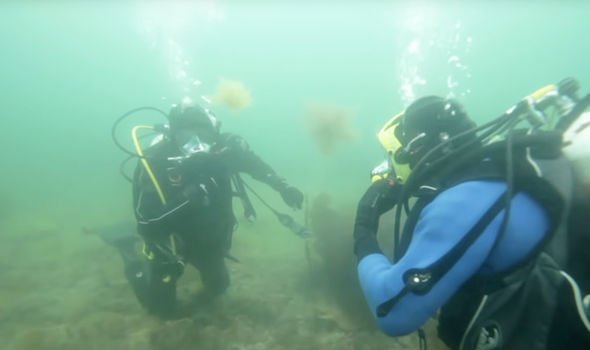 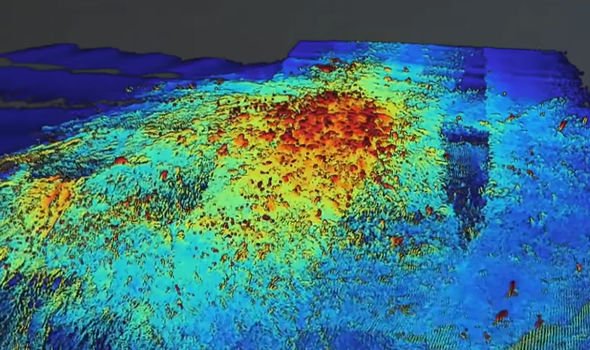 Dr Bates chipped in: “This is one of a kind, we just haven’t seen anything like this anywhere else.”

The team then took the SONAR cameras down beneath the water to map out the structure of the stones.

Dr Wickham-Jones, who was watching the results feedback in from a computer on the boat, was gobsmacked. 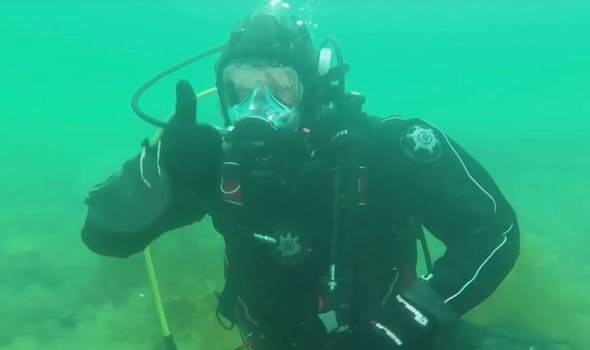 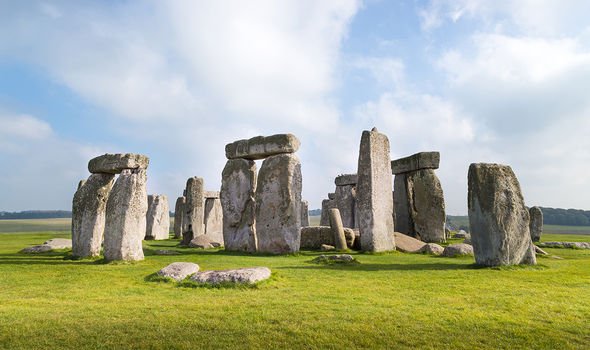 “Stonehenge mimics it so closely, it’s got platforms, ditches, stones are the same sort of size, but still natural.

“Is it a coincidence we get something like this where these sites were developed? It could be another henge.

“It turns everything on its head, you wouldn’t think it could be the genesis of something so magnificent as Stonehenge.

Mr Gates went on to conclude the find, adding: “The combine scans from above and below have come through crystal clear, giving Caroline and Richard the most accurate model yet of the mysterious underwater feature.

“The remains we saw underwater, so reminiscent of the banks and ditches of Stonehenge, may have been the reason for their existence.

“People migrating south may have sought to emulate the site here.

“It’s impossible to ignore how similar it is to Stonehenge.”

Later in 2019, Dr Wickham-Jones and Dr Bates published a paper titled “Drowned Stone Age settlement of the Bay of Firth,” where they acknowledged the shapes of the size and shape of the rocks are identical to Stonehenge.

They are now working to further clarify their understanding of how these stones are linked to the Wiltshire formation.