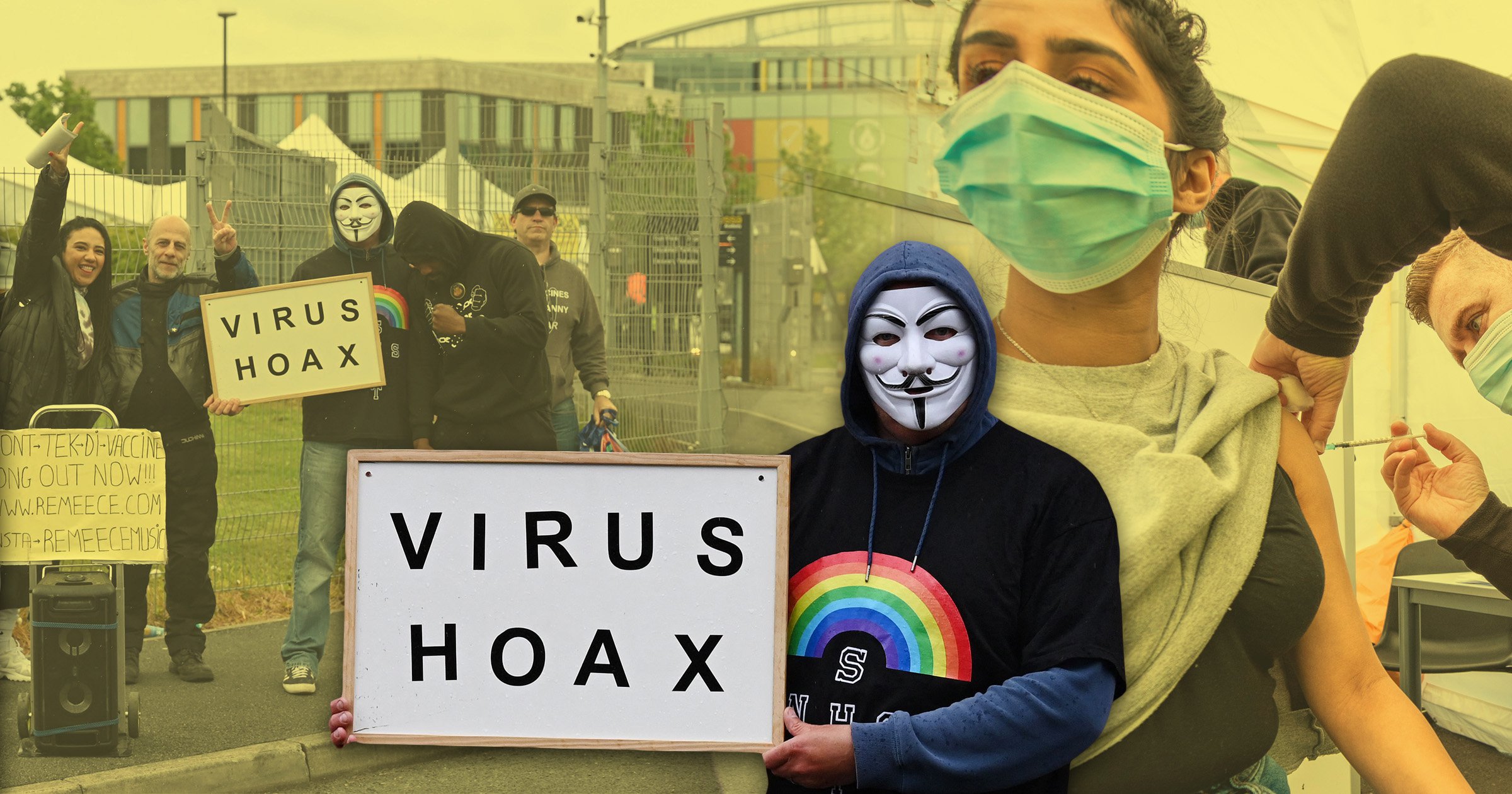 Pupils in a virus hotspot were confronted by anti-vaxxers as they arrived at a school for Covid tests.

Parents branded the protesters ‘disgusting’ after they shouted at students not to get vaccinated outside the ESSA academy site in Bolton.

The youngsters were from King’s Leadership Academy, where an outbreak has forced 200 Year 8 pupils into self-isolation.

On Thursday morning a group of around 10 Covid deniers gathered on the street outside ESSA testing and vaccine centre, where they shouted and handed students leaflets with anti-vaxxer sentiments.

The school’s headteacher, Martin Knowles, said that the protesters were there for about an hour with placards and a loudspeaker, but left as soon as the rain started.

‘There was a large staff and police presence at the scene to ensure our pupils safety. The protesters did not enter the school grounds.’

In a letter to parents, King’s Leadership Acadamy said students were ‘safe and supervised’ and ‘there was a high level of staff presence, alongside security at
the ESSA site and police.’

They said Public Health Bolton and the police ‘have been fully informed of the situation’ and children who were upset could speak to staff.

Bolton in Greater Manchester currently has the highest Covid infection rate in the country, with a rise in the India variant believed to be behind the spike.

The town’s transmission rate is now almost 17 times England’s national average and rates in children are higher than they have ever been than at any point during the pandemic.

Surge testing and vaccinations are being rolled out in a desperate bid to prevent a local lockdown.

Ministers have refused to rule out implementing local restrictions if cases don’t come down by June 21, when socially distancing was due to be scrapped across the country.

Health Secretary Matt Hancock said most people currently in hospital with coronavirus in Bolton were eligible for a vaccine but had not had one.

But local leader David Greenlagh warned that there could be ‘unrest’ if fresh restrictions were imposed.

He said that although cases are rising, there has not been an increase in severe hospitalisations.

He said: ‘I do think there is a danger of unrest. There is a great deal of resentment.

‘The people of Bolton have a great spirit and they come together when times are difficult, but [a lockdown] would be a very, very difficult situation to manage.’