Andrea Leadsom has claimed there would be no “legislative mean” for the UK to be forced to pay the estimated £39bn divorce bill if Brexit negotiations end in a no deal scenario. The European Union and the UK have agreed Britain should pay off the remaining contributions the UK pledged to European projects in addition to an extra fee for a 21-month transition period. Ms Leadsom, who is in the running to become the next Prime Minister once Theresa May steps down from Number 10, told LBC: “Clearly, if there is no agreement at all, then we are not making any payments of the £39bn to the European Union because there is no legislative means by which to do that.”

Ms Leadsom however conceded the UK would still seek to pay off money committed to joint projects with the bloc: “There are certain amounts of money we very clearly do owe the EU for plans, shared transactions and commitments what we’ve made as part of the EU we would honour.

“The commitments we have previously made to the EU we would be paying for. There would still be some payments to be made but significantly less than £39bn.”

Asked about how much the UK would then have to pay in the event of a no deal Brexit scenario, Ms Leadsom estimated Britain could fork out between £9bn to £20bn when leaving the European Union. 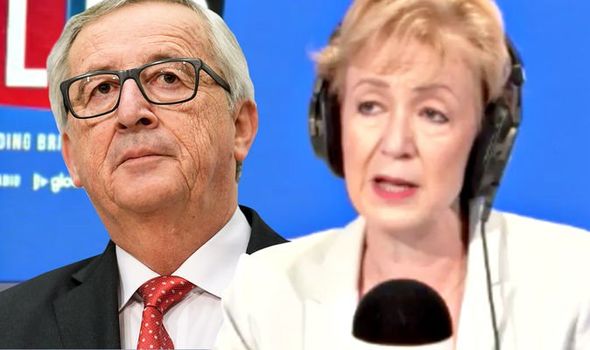 She continued: “It would have to be calculated – I mean, £39bn was always an estimate.

“Roughly £20 billion of the £39bn was our net payment to the EU for the 21-month implementation period and approximately £9bn to £10bn was the commitment we signed up to and there was another £10bn of the £39bn we’d be discussing whether that money was due or not.

“But certainly, if there was no deal, the £39bn would not be paid as a necessity to the EU.”

Speaking ahead of his three-day visit to the United Kingdom, US President Donald Trump said the future Prime Minister should refuse to pay the Brexit bill as he claimed it would not be too late “to sue” Brussels.

Mr Trump told the Sunday Times: “If they don’t get what they want I would walk away. 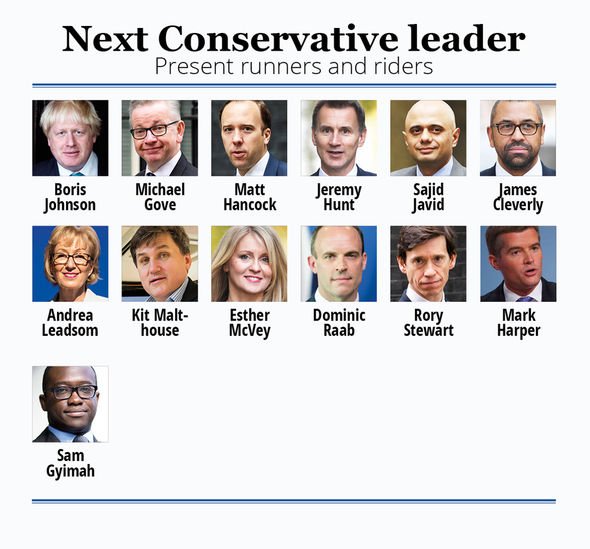 “I would not pay, that is a tremendous number”.

Theresa May is set to be replaced by a new leader after she announced two weeks ago she will resign on June 7 over her failure to deliver Brexit.

Ms Leadsom announced her candidacy shortly after the announcement and joined the folds of another 11 Tory MPs seeking to snatch the top job in the upcoming Conservative leadership contest. Another candidate, James Cleverly, announced on Tuesday he had withdrawn his candidacy.

Contenders in the race to replace Mrs May are divided by those willing to further delay Brexit and those who would welcome a no deal exit if no other solution to the deadlock was to be found.

Boris Johnson, a favourite to win the contest, has insisted Britain will leave the UK on October 31 “with or without a deal,” while Ms Leadsom has outlined plans to pursue a “managed no deal.”