After the candidate called for a “transition” away from oil and gas, executives said the country would need fossil fuels for decades to come. 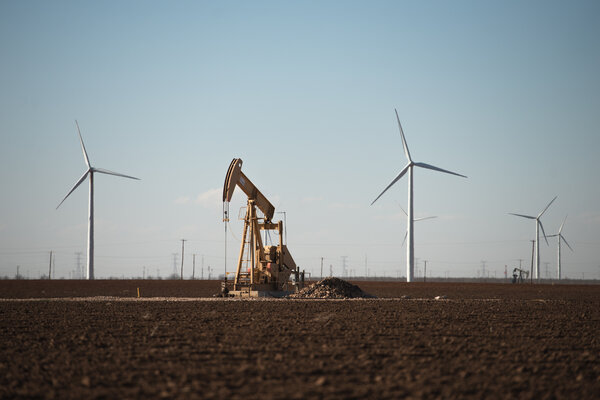 HOUSTON — Joseph R. Biden Jr.’s promise that he would “transition” the country away from oil and natural gas might hurt him politically in Texas and Pennsylvania, but it did not come as a surprise to many in the energy industry.

Oil and gas executives have been keenly aware that the world is starting to move from fossil fuels toward renewable energy, although they strongly argue that their industry will continue to provide cheap and plentiful energy for decades to come. And several of them said on Friday that while they did not like Mr. Biden’s comments, they were not alarmed by them, either.

What ultimately matters to the industry is not whether there would be an energy transition, but how rapid it would be and whether companies would be allowed to exploit oil and gas reserves by offsetting their environmental impact by capturing and storing greenhouse gas emissions.

Large European oil companies are embracing the change that Mr. Biden called for as concerns over climate change grow and investors begin to shun fossil-fuel businesses. For example, BP has announced that over the next decade it will shrink its oil and gas production by 40 percent and increase investments of renewables tenfold, to $5 billion a year.

But the U.S. oil industry, which has donated much more to President Trump’s campaign than to Mr. Biden’s, has been more reluctant to change its business models.

Executives note that natural gas is rapidly replacing coal, the dirtiest fossil fuel. Gas also complements renewables by providing power when the sun does not shine and the wind is still. Some energy executives have even endorsed levying a tax on the emissions that are causing climate change, arguing that it would create incentives for carbon capture and storage, which would reduce emissions.

“There needs to be a large workhorse, and ultimately that is what we are,” said George Stark, director of external affairs for Cabot Oil and Gas, which has extensive natural gas operations in Pennsylvania. “We complement wind and solar. You need something that can run on an ongoing basis.”

Mr. Stark, like others in the industry, said he found Mr. Biden’s comments concerning, but stopped short of criticizing the former vice president harshly. “The opportunity will be there for a greener dialogue that has to take place regarding this whole notion of a transition,” he said.

In Thursday’s debate, Mr. Biden said he would seek to replace fossil fuels with renewables “over time,” noting that the oil industry “pollutes significantly.”

But he had previously said he was against ending hydraulic fracturing of shale fields, a common practice in Pennsylvania, Texas and Ohio. And some oil and gas executives said they liked parts of an energy plan that Mr. Biden put out this summer.

After the debate, Mr. Biden sought to clarify his remarks by saying fossil fuels would not be eliminated until 2050. In remarks that seemed designed to appeal to Democratic progressives and working-class voters who rely on fossil fuel jobs, he added that he wanted to eliminate fossil fuel subsidies.

“Of course we were disappointed in the vice president’s comments,” Mike Sommers, president of the American Petroleum Institute, the industry’s leading lobbying group in Washington, said in an interview. “You can’t just snap your fingers and get to a place where you are suddenly no longer using natural gas.’’

But Mr. Sommers also noted that Mr. Biden had expressed enough ambiguity that a rapid change in oil and gas shale fields was not likely.

“Fracking right now is the political equivalent of Social Security,” Mr. Sommers said. “It is good news for this industry and the American people that both major-party candidates understand the importance of this innovation that has made the United States almost energy independent.”

How quickly the world moves from fossil fuels to renewables will depend on the policies of governments around the world. But it will also be driven by technological advances, including in electric and fuel cell vehicles, aircraft and shipping and in battery storage for power produced by wind turbines and solar panels.

While many energy experts believe that demand for oil and gas will begin to decline over the next five to 10 years, the fuels will continue to be used for decades. The International Energy Agency, a multilateral organization, for example, recently said it was “still too early to foresee a rapid decline in oil demand” given the policies that countries had adopted so far.

The timing of the transition is hard to pin down, in part because the energy industry has been undergoing rapid change in recent years. The United States was importing increasing amounts of oil and natural gas just 15 years ago when suddenly hydraulic fracturing produced a glut of both fuels and made the United States a large exporter.

Greater number of firms expected to wind up in coming months, say experts

How ‘The Emp’s’ clothing empire went from riches to rags