When will interest rates rise?

Economists will be looking for fresh clues this week when Reserve Bank Governor Adrian Orr delivers his second full Monetary Policy Statement of the year.

It’s a safe bet that there will be no change to the Official Cash Rate (0.25 per cent) when the statement is released at 2pm on Wednesday.

But there will be intense focus on the Governor’s tone as he, and the monetary policy committee, assess the risk of building inflation pressure.

The biggest bet in global economics right now is on whether post-Covid inflation will prove to be a short-term blip or a more persistent structural problem.

At issue is whether central banks, like the US Federal Reserve, will be able to hold the line on low rates or whether they’ll be forced to hike, to head off inflation.

Financial markets are already on edge and the debate is shaping up as one of the most divisive in a generation.

Locally, economists all acknowledge the Reserve Bank has built flexibility into its outlook – effectively hedging its bets.

But the pressure will be mounting for it to acknowledge inflation risk as labour shortages and price hikes start to bite.

But economists are divided on when a rate hike will come.

ANZ and ASB economists are now forecasting a move in August next year.

BNZ expects inflation pressure to build faster and is currently forecasting a hike in June next year.

“It’s hard to see how the RBNZ’s May MPS could be more dovish than its February equivalent. It could, however, display a distinct tilt to the less dovish side,” said BNZ chief economist Stephen Toplis.

“In our opinion, the labour market is turning out to be tighter than the RBNZ had expected and the outlook for CPI inflation higher. If the Reserve Bank has come to the same conclusion then it would also be consistent to conclude monetary conditions don’t need to be as easy as previously assumed.”

Westpac meanwhile is picking the Reserve Bank will be able to look through a short-term inflation trend. It sees no move for the OCR until 2024.

“That might seem like a long time to wait, but it’s important to note that there will be an effective tightening of financial conditions between now and then,” said Westpac acting chief economist Michael Gordon.

“Longer-term interest rates are already rising around the world as the path out of the Covid-19 pandemic becomes clearer. And the RBNZ is likely to allow its unconventional policy measures to expire before returning to its normal policy tool.”

The RBNZ is expected to lift its economic forecasts to reflect signs of stronger growth in the past quarter.

“In the months since the RBNZ’s last MPS, the economic outlook has continued to improve,” said ASB economist Nat Keall.

“The international backdrop looks a little brighter: global growth forecasts have been revised upwards and vaccination rollouts are proceeding at pace in many parts of the world.”

On the domestic front, business surveys have pointed to a surge in activity.

“Most importantly for the RBNZ’s mandate, the labour market has continued to surprise with its strength,” he said. 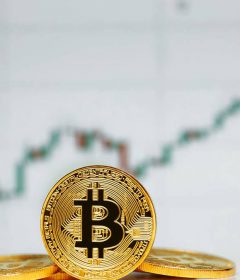 One in five Kiwis plans to or has invested in cryptocurrency 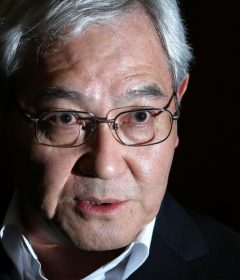 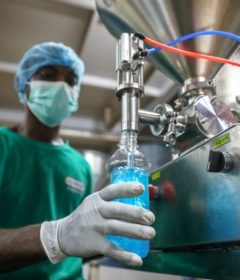