Mr Jones said: “Prince Harry has teamed up with the new hero of woke Oprah Winfrey to produce a TV series called ‘The Me You Can’t See‘. “The series shows the pair opening up about mental health. In the first episode, Harry says ‘I feel as though I’m outside of the system but I’m still stuck there’. He then says his son’s first words were ‘grandma Diana’. First words? Harry, have you gone completely bonkers under the Markle spell?” During the Apple documentary, Prince Harry explained why Archie’s first worlds made him upset. He said: “I’ve got a photo up in his nursery… and it was one of the first words that he said. “Apart from ‘mama’, ‘papa’, it was then ‘grandma’, ‘grandma Diana’.” 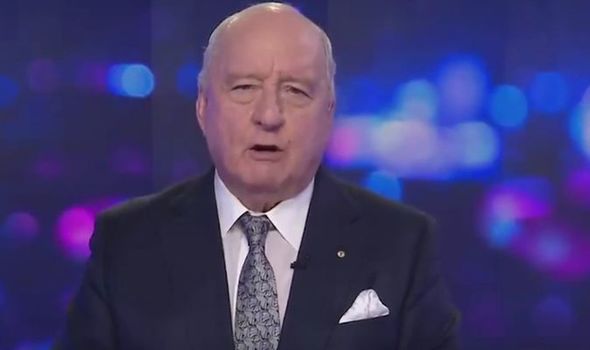 “It’s the sweetest thing but at the same time makes me really sad.”

“I wish she [Diana] could have met Meghan. I wish she was around for Archie.”

Prince Harry has also drawn criticism from royal expert for candidly talking about his upbringing and his feelings towards the Royal Family.

He said: “I am not sure he can sell his mental health to make money for much longer, I think we are exhausted by it.

“You are quite right, what he went through was horrendous but there are interviews that he did many times about how much support he got from his father and how they tried to help him.

“So I think sometimes that he is being disingenuous and at times you have just got to say shut up now.”