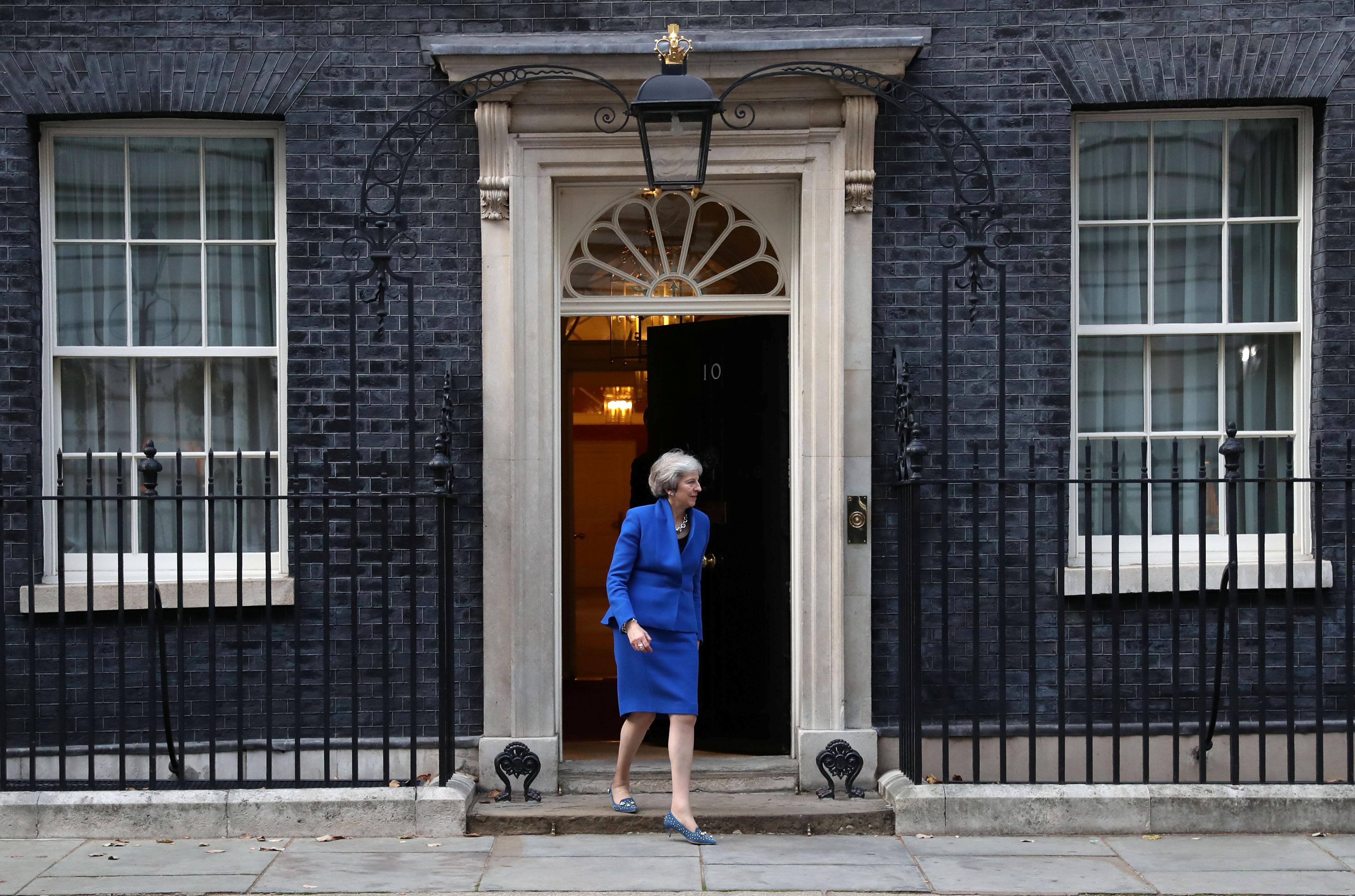 LONDON (Reuters) – A report suggesting an all-UK customs deal will be written into the legally binding agreement governing Britain’s withdrawal from the EU to avoid the need for an Irish backstop is “speculation”, Prime Minister Theresa May’s office said.

The Sunday Times said the plan would avoid the need to treat Northern Ireland differently, which has been the main stumbling bloc to securing an agreement on Britain’s exit from the bloc, due in March 2019.

Reuters reported on Friday that the EU has suggested that a backstop post-Brexit customs arrangement covering all of the UK could give mainland Britain some scope to set trade rules while keeping the province of Northern Ireland aligned with the EU.

May’s cabinet will meet on Tuesday to discuss her plan, and she hopes there would be enough progress by Friday for the EU to announce a special summit, The Sunday Times said.

Preparations for a final deal are “far more advanced than previously disclosed”, the report said, and will lead to a document of 50 pages or more being published.

Asked about the report, a spokesman at May’s office said:

“This is all speculation. The Prime Minister has been clear that we are making good progress on the future relationship and 95 percent of the withdrawal agreement is now settled and negotiations are ongoing.”

More than 70 business figures are calling for a public vote on the final terms of Britain’s exit from the European Union, warning that the country faces “either a blindfold or a destructive hard Brexit”, the newspaper reported.