PORT MORESBY (Reuters) – Leaders of Asia-Pacific economies were unable to agree on communique at a summit in Papua New Guinea on Sunday as deep divisions between the United States and China over trade and investment dominated the meeting. 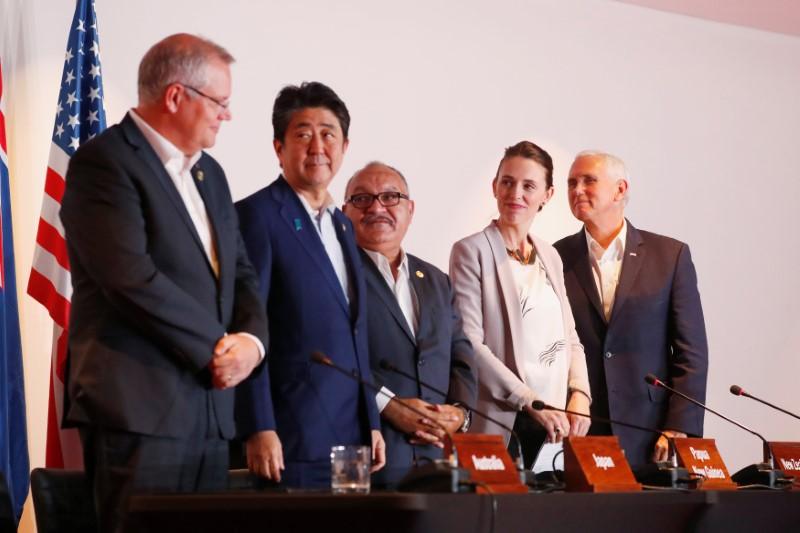 “You know the two big giants in the room,” Papua New Guinea (PNG) Prime Minister Peter O’Neill said at a closing news conference, when asked which members of the Asia-Pacific Economic Cooperation (APEC) group could not agree.

A Leaders’ Declaration has been issued after every annual APEC leaders’ meeting since the first in 1993, the group’s website shows.

O’Neill said as APEC host, he would release a Chairman’s Statement later on Sunday.

Competition between the United States and China over the Pacific was also thrown into focus at the meeting in Papua New Guinea with Western allies launching a coordinated response to China’s Belt and Road program, promising to jointly fund a $1.7 billion electrification and internet project in PNG.

Tonga, on the other hand, signed up to the Belt and Road and won deferment on a Chinese loan, a Tongan official said.

U.S. Vice President Mike Pence, as he left the PNG capital of Port Moresby, listed U.S. differences with China, a day after he directly criticized its Belt and Road program.

“They begin with trade practices, with tariffs and quotas, forced technology transfers, the theft of intellectual property. It goes beyond that to freedom of navigation in the seas, concerns about human rights,” Pence told reporters traveling with him.

Pato also confirmed to Reuters that Chinese officials had see him on Saturday over the communique, adding they were refused because they had not made “necessary arrangements” for a meeting, but denied media reports they had barged into his office.

At a Pacific Islands Forum in September, there was a similar dispute when China’s envoy demanded to be allowed to address the forum before the prime minister of Tuvalu.