Home » Asia » 15 new Covid-19 cases in Singapore, including 1 in community

SINGAPORE – There were 15 new coronavirus cases confirmed as at Friday noon (Jan 22), including one in the community, taking Singapore’s total to 59,250.

The 14 imported cases had been placed on stay-home notices on arrival in Singapore, said the Ministry of Health (MOH).

There was none from workers’ dormitories.

More details will be announced on Friday night.

On Thursday, three of the four community cases reported were linked to a cluster at BS Industrial & Construction Supply.

The first case recorded was a salesman who tested positive on Monday. The firm is located in Kallang Place.

Two of the new cases in the cluster live in the same households as infected employees from BS Industrial & Construction Supply.

One, a 43-year-old Singaporean woman, is the spouse of the 39-year-old permanent resident who was the first case.

She works as an online trader and does not physically interact with her clients. She tested positive on Wednesday.

The second is a 46-year-old Malaysian work pass holder who works in sales at Toppan Merrill in Church Street. She also does not interact directly with clients. She lives with a 28-year-old finance employee at BS Industrial & Construction Supply who tested positive on Wednesday.

The third new case in the cluster is a 35-year-old permanent resident who also works in sales at BS Industrial Construction & Supply. He developed a sore throat on Monday but did not seek medical treatment. He tested positive for the infection on Wednesday while under quarantine.

The final community case is unlinked. He is a 42-year-old Singaporean who works as a diver at Ocean Works Asia.

He is asymptomatic and his infection was detected when he took a test as part of the requirement for shore-based personnel.

The total number of community cases continues to rise, with 21 cases in the past seven days, compared with three in the previous seven days.

There were also 34 imported cases, making a total of 38 new cases reported on Thursday.

Of the 34 imported cases, 33 had been placed on stay-home notice upon arrival in Singapore.

The 34th case, a permanent resident who was in Singapore for work, tested negative for Covid-19 upon arrival on Sunday, and was on a controlled itinerary during his stay here. He subsequently tested positive for Covid-19 on Wednesday.

With 33 cases discharged on Thursday, 58,944 patients have fully recovered from the disease.

In all, 43 patients remain in hospital, including one in the intensive care unit, while 204 are recuperating in community facilities.

Globally, the virus outbreak, which began in December 2019, has infected more than 96.8 million people. More than 2 million people have died. 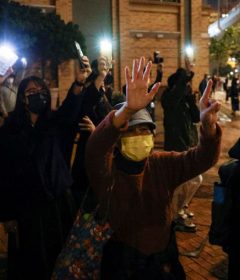 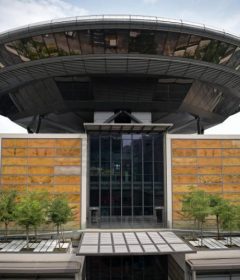 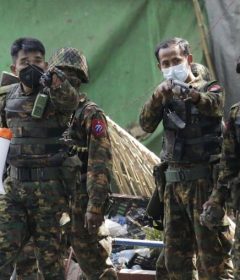