Home » Analysis & Comment » Opinion | What Our Thanksgiving Story Has Left Out

Opinion | What Our Thanksgiving Story Has Left Out

The pilgrim William Bradford tells us about the first Thanksgiving. Winter was brutal. Snowbound in their hastily built houses, nearly every settler got sick; all were hungry, and half died. Spring followed, and with the help of Indians, the survivors reaped their first American harvest. English hunters went fowling in the woods, Massasoit brought in deer and about 90 Wampanoags, and everyone played games together and feasted for three days.

No matter when our families emigrated to America, we acknowledge these spiritual ancestors in a national rite every November, when we crowd around our dining room tables and feast on a traditional Thanksgiving meal of turkey and fixings.

As Nathaniel Philbrick put it in his best-selling “Mayflower,” those odd, quaint fellows who had big-buckled shoes and hunted turkey with blunderbusses have come to “symbolize all that is good about America.”

But the pilgrims (Bradford called them “saints”) weren’t the only settlers at the feast. Troublesome “strangers” who did not confess the Puritan creed were there, too.

One of the strangers was the historical figure you should be thinking about this Thanksgiving. You’ve probably never heard of Stephen Hopkins. He might change the way you think about the national holiday.

We don’t know very much about him. Hopkins was born in 1581, about the same time Shakespeare married Anne Hathaway in Stratford. His family was neither poor nor rich. As a young man, Hopkins leased a farm, married, had children and lost his lease, and perhaps to mend his fortunes in 1609 he joined 500 other settlers headed for Jamestown, Va.

They sailed into a hurricane. Most of the ships staggered into Chesapeake Bay with shaken passengers and sea-sodden cargoes, but the flagship, the Sea Venture, never arrived. Its disappearance triggered the notorious “starving time” at Jamestown.

The Sea Venture didn’t sink. Sailors and passengers bailed water for three days and nights until their tired bones could work no more. Just as they gave in to drowning, the ship ran aground on a shoal in the Mid-Atlantic. Across a lagoon, about a mile away, the cedars of Bermuda beckoned.

One hundred-fifty survivors found themselves marooned in a Garden of Eden. The uninhabited islands were full of pigs, fowl, fruit and fish. No turkey but plenty of pork to roast. Why not stay?

Reasoning things out, Stephen Hopkins stumbled upon the idea that made America. The Virginia Company failed to deliver the settlers to Jamestown, he argued, which released the settlers from their contract. The shipwreck dissolved it. The castaways were free to work for the company if they wanted, or they could choose to work for themselves. 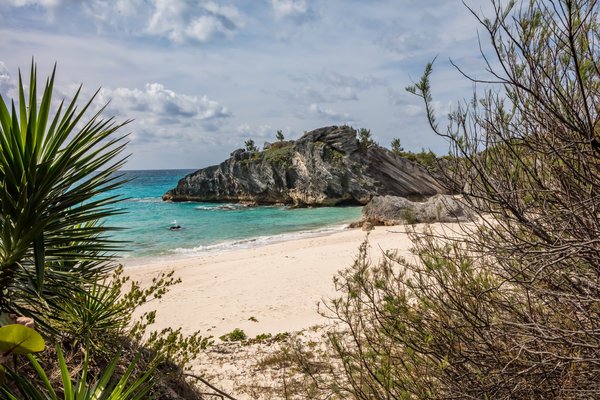 In the wilderness of Bermuda, Hopkins persuaded most of the settlers to form a fledgling democracy.

But the company wouldn’t have it. The governor insisted they were still under contract and must help build a ship that would carry them to Jamestown. He gave orders. The settlers dragged their feet. He threatened. They fled into the woods. Finally, the governor and his cronies turned Bermuda into a slave labor camp, and after nine months, under the threat of guns, the castaways were forced to embark for Virginia.

For his part in the “mutiny,” Hopkins was sentenced to death, but he talked his way to clemency. He kept his head down. He served out his term of years, and then he returned to England. Shakespeare mocked and misrepresented his political theory in the last play he ever wrote, “The Tempest,” but otherwise Hopkins fell out of history. At least for 10 years.

Anchored off the coast of Massachusetts, William Bradford tells us, some “discontented” strangers started spreading a “mutinous” argument: Because the Mayflower had drifted so far off course, it was beyond the scope of the company’s patent. “When they came ashore,” the strangers insisted, they could “use their own liberty” to form a new government.

On Nov. 21, 1620, a remarkable document did just that. “We whose names are underwritten,” it said, “covenant and combine ourselves into a civil body politic.” We know this document today as the Mayflower Compact, a flagstone on the road to the United States Constitution. Forty-one men signed it, both saints and strangers.

Bradford said the “saints” wrote the compact to bring the “strangers” in line, and Philbrick claims that the compact was modeled on the “spiritual covenant” that had bound the pilgrims together in Holland. His later book, “Bunker Hill,” treats the American Revolution as if it were the end of a pilgrims’ progress. Boston in 1776 was the “shining city on a hill” prophesied by John Winthrop.

There’s nothing radical about this version of history. Scholars have been telling us for the last hundred years that we can thank the pilgrims for democracy.

And yet, I’ve always thought it was a little odd that those secular ideals of natural rights so perfectly articulated by Thomas Jefferson started with people who outlawed dissent. Was freedom of religion really invented by people who hunted witches? Did our distinctly American notions of economic liberty come from people who scolded the poor for being discontent? Did democracy grow out of righteousness?

Probably not. It turns out that one of the Mayflower Compact’s signers was a man named Stephen Hopkins. Most scholars today think he was the same Hopkins who was marooned on Bermuda, and that puts a new spin on the story. After all, the strangers’ complaints about invalid company “patents” and settlers’ liberty sound exactly like Hopkins’s argument in Bermuda. And the Mayflower Compact itself establishes the same government of mutual consent that Hopkins nearly died trying to secure.

We’ve taken the Mayflower tale as gospel truth ever since it was rediscovered in the 1840s. But Hopkins’s story suggests that we ought to take Bradford with a grain of salt. If we read with the slightest suspicion, we’ll give credit where credit is due: More than likely, the Mayflower Compact was designed to protect the liberty of strangers from the tyranny of saints.

Maybe it’s time to start thinking of ourselves as the descendants of strangers, the castaways of Jamestown and the unanointed of Plymouth Plantation. Starting this Thanksgiving, maybe we should eat barbecue.

Joseph Kelly, a professor of Irish and Irish American studies at the College of Charleston, is the author of “Marooned: Jamestown, Shipwreck, and a New History of America’s Origin.”