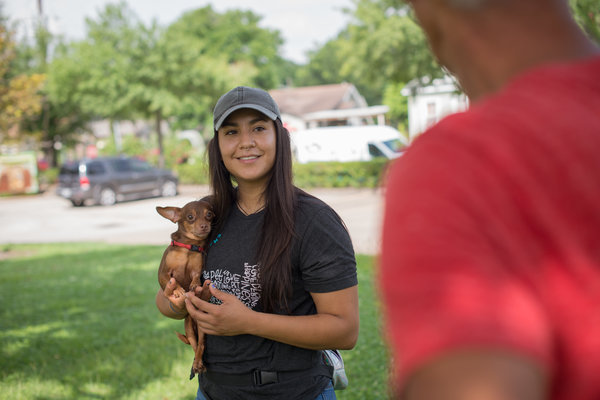 Here is another sampling from our inbox:

We take issue with Kate Murphy’s characterization of the practice of animal relocation, which didn’t mention vital facts about the critical role it continues to play as part of a multifaceted approach to saving homeless animals and its positive effect on local communities.

While keeping animals in their local communities is preferable, that becomes impractical and dangerous when a shelter can’t find enough homes for the populations it has and continues to receive.

Relocation contributes to significant decreases in euthanasia in chronically under-resourced shelters and enables shelters to place animals and simultaneously build up surrender-prevention, spay/neuter and innovative adoption programs, reducing the need for relocation in the long term.

Over the years, the animal welfare community has safely transported hundreds of thousands of animals, with the A.S.P.C.A. transporting more than 100,000 in the last five years. We and other organizations require participating shelters to meet health, behavioral and safety standards, including up-to-date vaccinations and health certificates. We also support laws ensuring animal transport best practices.

So many animals rely on relocation for survival; it deserves our sustained collaboration and support.

Matt Bershadker
New York
The writer is president and chief executive of the A.S.P.C.A.

Kate Murphy’s news analysis raises many questions that beg for answers. We need to find a new paradigm.

The states able to accept the transported cats and dogs are, as mentioned, states that have long embraced the idea of prevention. Spay and neuter services are available and affordable, and more recently, cats in these states have been spayed or neutered before five months of age. This ensured that truckloads of unwanted animals (or the desirables, for that matter) would not have to be shipped long distances.

The need for these prevention programs — and education about them — is still great in the South. Although these programs have been very effective in the past, funders now tend to support transport over spay/neuter programs, perhaps assuming that the problem is solved. As your article shows, it has not been solved; it has only led to more problems, now concerning transport.

Only when we end the surplus can we have a compassionate, thoughtful system that ensures that there will be enough good homes for all, or nearly all, litters born. It can be done, but animal welfare groups need to put the welfare of the animals first.

Esther Mechler
Brunswick, Me.
The writer runs a small nonprofit that addresses the surplus pet problem.

The ‘Rules’ of Diplomacy

Let me get this straight. President Trump calls every world leader vile names (except for his despotic heroes) and stays in office while a British diplomat, Sir Kim Darroch, the British ambassador to Washington, who speaks the truth about the ineptitude of the Trump administration, is forced out.

Wake up, Britain! If Boris Johnson becomes prime minister, you, too, will be the laughingstock of your allies around the world.

Re “As Billionaires Snap Up Open Land in West, Public Is Fenced Out” (front page, June 23):

Private owners of large swaths of the American West justify gating roads and guarding boundaries in the name of conservation. We must not accept the false choice between protecting clean water, productive forests and healthy wildlife and giving people access to nature.

While some conservation easements are necessarily aimed at restricting activities, others compensate willing private landowners for guaranteeing public access to trails, trout streams and scenic vistas on their properties.

These access easements are legal tools that can help achieve a more equitable vision for the future of the West: one in which conservation and public enjoyment are mutually compatible.

Diane Regas
San Francisco
The writer is president and chief executive of The Trust for Public Land.

Eilis O'Hanlon: 'Are career women secretly envious when a 'tradwife' drops out of the rat race?'

Billy Keane: 'Three times a lady – I'm happy to take my chances dressed as Dolly Parton, but a padded bra is a must'

Sinead Moriarty: 'Let's call time on our phones and listen to what people have to say '