Jeffrey Epstein, the financier facing sex-trafficking charges in New York, has been described by prosecutors as a man of enormous wealth: He owns a $77 million mansion on the Upper East Side, a $12 million estate in Palm Beach, Fla., a private island in the Caribbean and a private jet, they said.

And on Thursday, Mr. Epstein, 66, asked a federal judge to allow him to use some of his wealth to stay out of jail while he awaits trial, filing a detailed bail proposal with the court.

Mr. Epstein asked the court to release him on substantial bond and pledged to put up his palatial Manhattan townhouse and his private jet as collateral. He also proposed he be allowed to remain under house arrest in his Upper East Side house, and said he would agree to electronic monitoring of his location. He said he would surrender his passport and ground his jet.

In addition, his lawyers proposed that Mr. Epstein would hire private round-the-clock security guards who would “virtually guarantee” that he would not flee his house and would show up for court. They argued that he had lived a law-abiding life for 14 years.

A handful of superrich defendants have sought and occasionally obtained, over sharp objections from the government, similar bail provisions that allow them to finance a kind of personal jail rather than being held in a government lockup.

Such bail packages have prompted intense debate about their fairness. The judge in Mr. Epstein’s case, Richard M. Berman, rejected a similar proposal in 2016 from a wealthy Turkish-Iranian gold trader in a money laundering case.

At the time, Judge Berman wrote that the proposal was “unreasonable because it helps to foster inequity and unequal treatment in favor of a very small cohort of criminal defendants who are extremely wealthy.”

Prosecutors had said on Monday after the charges were announced that they would ask to have Mr. Epstein held in jail until his trial. They said in court that he posed “an extraordinary risk of flight and danger,” and that he had “nearly infinite means” and “tremendous incentives to use those means to flee prosecution.”

Judge Berman of Federal District Court in Manhattan is scheduled to take up Mr. Epstein’s bail proposal at a hearing on Monday.

Mr. Epstein was arrested Saturday night aboard a private jet at Teterboro Airport after arriving from Paris. He has been detained at the Metropolitan Correctional Center, a high-security facility in Lower Manhattan where accused terrorists, mobsters and, most recently, the Mexican drug lord known as El Chapo, have awaited trial.

If convicted, Mr. Epstein faces up to 45 years in prison on sex-trafficking and conspiracy charges. In the indictment unsealed on Monday, the office of Geoffrey S. Berman, the United States attorney in Manhattan, said that between 2002 and 2005, Mr. Epstein recruited dozens of underage girls to engage in sex acts with him, after which he paid them hundreds of dollars in cash.

The indictment also accused Mr. Epstein of encouraging some of his victims to recruit other underage girls that he could then abuse, and paying his “victim-recruiters” hundreds of dollars for each girl that they brought to him. “In so doing, Epstein maintained a steady supply of new victims to exploit,” the indictment said.

In the bail memorandum, Mr. Epstein’s lawyers made it clear their client would fight the charges and gave a preview of what his defense might be. They argued that even though the government may have witnesses — some younger than 18 at the time — who said Mr. Epstein had paid them for sexual massages, prosecutors could not prove he had committed the federal crime of sex trafficking. They contended that Mr. Epstein should have been prosecuted in New York State court.

“There is no indication in the indictment that Mr. Epstein trafficked anybody for commercial profit; that he forced, coerced, defrauded, or enslaved anybody,” the lawyers, Reid Weingarten, Marc Fernich and Martin G. Weinberg, wrote. “No one seeks to minimize the gravity of the alleged conduct, but it is clear the conduct falls within the heartland of classic state or local sex offenses.”

Mr. Epstein’s team also argued an agreement that Mr. Epstein had reached with federal and state prosecutors in Florida in 2008 covered the crimes charged in the new indictment, even allegations that he sexually abused a minor in his Manhattan residence.

In Florida, the then-United States attorney in Miami, Andrew Acosta, agreed not to prosecute Mr. Epstein on federal sex trafficking charges if he pleaded guilty to two state prostitution charges and registered as a sex offender. Mr. Epstein served 13 months in jail, but was allowed to leave each day for 12 hours to work, except Sundays.

The lawyers said Mr. Epstein understood that agreement to be “a global resolution of any charges arising from the alleged conduct at issue here, including conduct in New York.”

The lawyers accused federal officials in Florida of trying to circumvent that plea agreement by encouraging Mr. Epstein’s victims to pursue prosecutions in other districts, including New York.

Mr. Berman said on Monday that his office was not bound by the promises prosecutors in Florida had made. The indictment unveiled on Monday mentions three victims without naming them — one young woman who was abused at Mr. Epstein’s mansion in Manhattan and two at his house in Palm Beach. It remains unclear if those victims were among the women involved in the 2008 Florida case.

Mr. Epstein’s lawyers cited other cases in which federal judges had granted similar home detention with privately paid security guards. In one, Judge Jed S. Rakoff allowed a Manhattan lawyer charged in a fraud scheme to remain in his East Side apartment with electronic monitoring and armed security guards, paid for by his family.

Judge Rakoff acknowledged such arrangements gave people of means “an opportunity for release that poorer people could never obtain.” But, he added, “it is not a reason to deny a constitutional right to someone who, for whatever reason, can provide reasonable assurance against flight.”

Mr. Epstein’s lawyers noted the objections Judge Berman had expressed in denying house arrest for the Turkish-Iranian gold trader, Reza Zarrab. They argued that Mr. Epstein’s case, as a United States citizen whose assets were mostly in the country, was different. 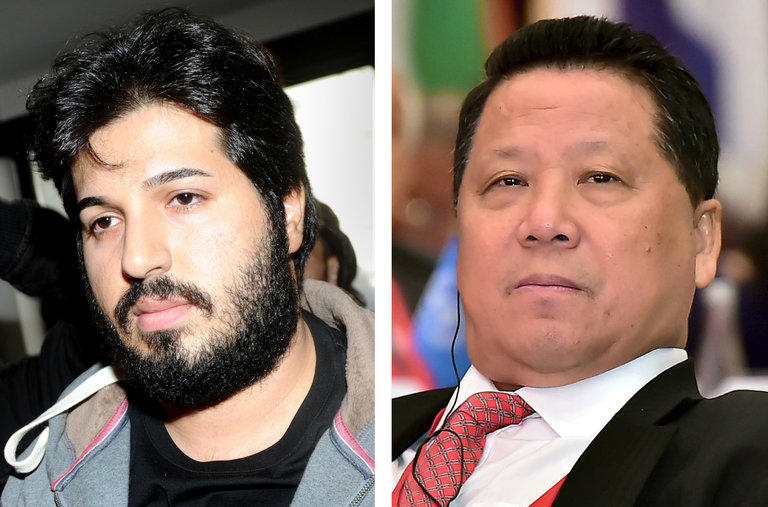 Due to an editing error, an earlier version of this article misspelled the given name of a lawyer for Jeffrey Epstein. He is Martin G. Weinberg, not Margin.

Benjamin Weiser is a reporter covering the Manhattan federal courts. He has long covered criminal justice, both as a beat and investigative reporter. Before joining The Times in 1997, he worked at The Washington Post. @BenWeiserNYT