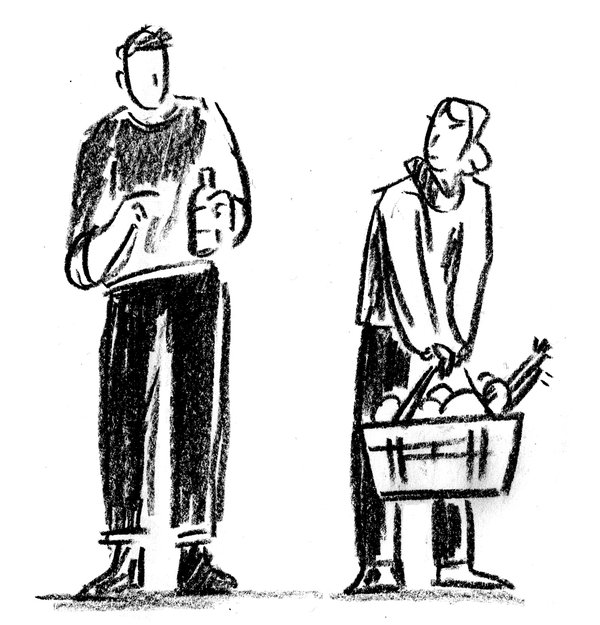 Out for a Ride

After a business meeting in New Rochelle, Nate and I had a couple of hours to kill before catching our flight home. We decided to take the rental car for a spin around Manhattan.

At one point during our drive, Nate parked in front of a small grocery store and ran inside for a soda.

When he went to pay, he found himself in line behind an older woman with a basket full of groceries.

Having just one item, he asked whether it would be O.K. if he jumped ahead of her.

The woman looked him up and down. 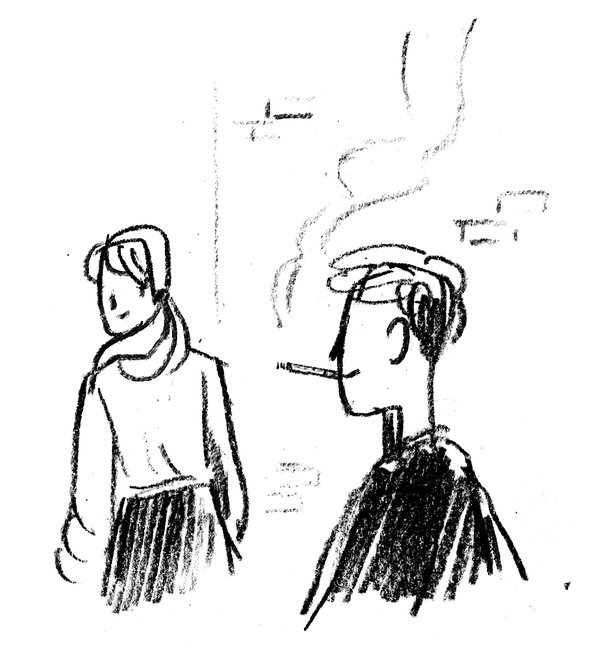 I was walking from the East Village to Chelsea to meet an old friend at a bar. I had moved to the West Coast and hadn’t been home in a while.

When I was almost there, my friend called.

“We’re going to a club on Avenue A,” she said. “Meet us there instead!”

I walked back and waited in line at the club. Inside, I said hello and introduced myself to her friends, and then went to get a drink.

As I wove back toward them with my overpriced vodka soda, I spotted her in the corner wrapped tightly around one of the men I had just met.

Annoyed, I stepped outside. Although I don’t usually smoke, I asked a man by the door for a cigarette.

He handed me one, and then a lighter. We started to talk.

“Would you want to go out with me sometime?” he asked.

“I’m sorry,” I said, smiling and beginning to walk away. “I have a boyfriend.”

I lived on West 109th Street near Columbia University in the mid-1980s. I was a student there at the time. Money was tight, and treats of any kind were rare.

In my reduced circumstances, I could not help noticing the parade of people routinely walking up and down my block carrying neon-pink cake boxes. As far as I knew, there was no bakery in the immediate neighborhood, at least not on my street. The cake boxes were a total mystery to me.

One day, I entered my building just as a woman walked out of a first-floor apartment carrying a neon-pink cake box.

It turned out that the tenant of the apartment was quietly operating a thriving cake-baking business. She had apparently put some kind of powerful filtering device on her oven that minimized the delectable aroma of her wares.

A friend who was a medical student was about to travel to Sierra Leone to work in a community health clinic. I splurged and ordered a chocolate cake shaped like the continent of Africa from the stealthy baker.

Oh what a day when I walked the four flights down from my apartment, knocked on her door and retrieved my very own neon-pink cake box. 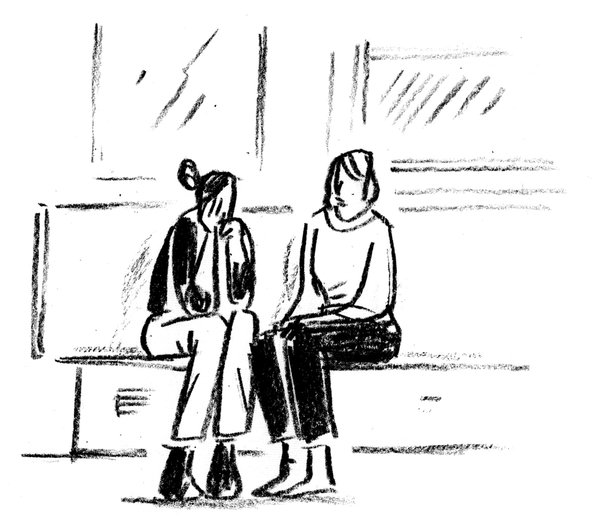 I was on the No. 4 one evening when a young woman entered the car, crying in loud and convulsive sobs.

Other passengers, obviously uncomfortable, looked away. I respect others’ privacy, but after a stop or two, I felt I had to do something.

I walked over to the woman and asked if she would like me to sit next to her.

I settled into the seat, and then waited a while.

“It looks like you’ve had a pretty bad day,” I said.

It was as if my words had unlocked a dam that was ready to burst. The woman began to spill forth a story of unrequited love.

I didn’t say much beyond the occasional “uh-huh.” She had my attention and that was what mattered.

As her tale wound down, she asked if I could do something for her.

I had no idea what she might want, but I said yes.

“Could you give me a hug?” she asked.

Really? A hug from a stranger? Well, O.K.

Wrapping my arms around her, I could feel her emotional upheaval subside.

My stop was coming up. Breaking away, I asked if I could buy her a cup of tea.

No, she said, she was good. And she did seem changed. She looked O.K. 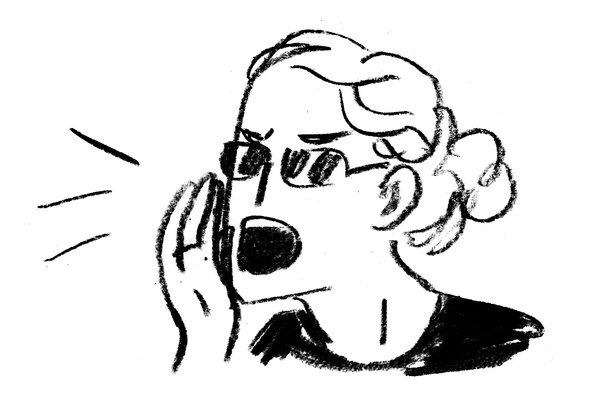 I was walking along 57th Street toward Sixth Avenue when I heard a man shouting.

“Miss, Miss, “ he called to a young woman who was walking up ahead. “You dropped your phone.”

I decided to try a different approach.

The woman turned around immediately, realizing it was her phone the man was yelling about. She walked toward him to retrieve it. He looked at me and smiled.

“You must be a native New Yorker, ” he said.

The Bronx in me smiled back.

Read all recent entries and our submissions guidelines. Reach us via email [email protected] or follow @NYTMetro on Twitter. 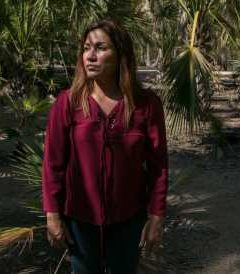 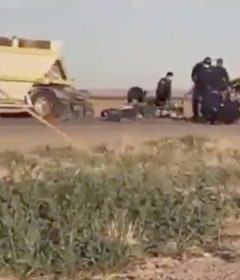 At Least 15 Killed in Crash in Southern California, Officials Say