What did you do during the pandemic?

Tzali Reicher, who is 24 and lives in Crown Heights, Brooklyn, met his future wife, got married, traveled among three continents and embarked on a project to track every Jew who died of the coronavirus.

He counted colleagues, neighbors, people he admired, including the rabbi he hoped to pray with at his wedding. Another rabbi, who worked one floor below Mr. Reicher on Eastern Parkway in the headquarters of the global Chabad-Lubavitch movement, died after nearly 10 months in the hospital.

All went onto the list that Mr. Reicher has compiled for Chabad.org, which, at more than 1,800 names and growing, is still just a fraction of the total lost. Some get short obituaries, others just a bare account of a life:

They were Holocaust survivors and family patriarchs, educators and mothers and butchers. One, Alan Hurwitz of Detroit, left teaching after 30 years and became a prolific bank robber known as the Zombie Bandit, later succumbing to Covid-19 while on compassionate leave from federal prison in Butner, N.C. 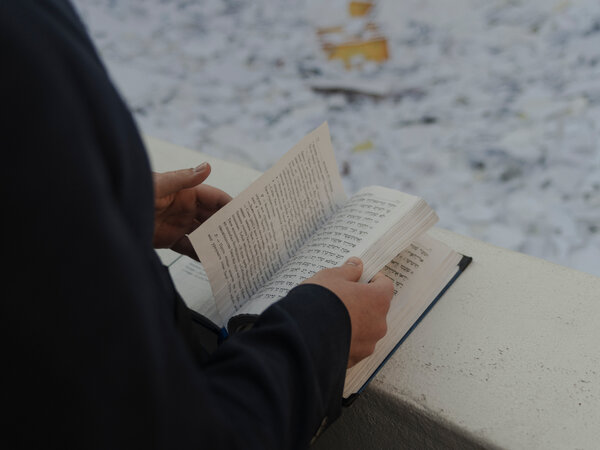 For Mr. Reicher, all became part of a year-plus project he did not ask for, and did not expect to continue for more than a month or so. “I thought, it’s so impossible,” he said the other day, seated outside a bakery in Crown Heights. “Also, I was scared of dealing with death, scared of confronting this loss.”

Before Covid hit, Mr. Reicher, who grew up in Australia, was just finding his path in life. He was 23, newly ordained as a rabbi, working as a researcher at Chabad.org and living with friends in a basement apartment in Crown Heights.

“It was really the life,” he said.

On March 8, 2020, as the neighborhood was preparing to celebrate Purim, Mayor Bill de Blasio advised that it was safe to gather, as long as no one had symptoms of the new virus. New York had recorded its first confirmed case a week before.

“We didn’t know that it was already rampant in the community,” Mr. Reicher said. Within a few weeks after Purim, infection rates among Orthodox Jews soared.

Mr. Reicher, worried about possible restrictions on travel, soon flew to Australia to be with his family for Passover, expecting to return in a few weeks. (He ended up staying five months.) Back in New York, the virus was sweeping through Orthodox communities, even as many members continued to hold large gatherings, without masks or social distancing. Mr. Reicher called the Chabad office in Brooklyn late that March and learned that three of his immediate colleagues were ill — young, sturdy men with children, laid low. They recovered.

Amid this turmoil, Mr. Reicher’s employer set him to work on the list, not just to mark each death, but to encourage the living to learn from each person’s life, said Rabbi Zalman Shmotkin, the executive director of Chabad.org, a far-reaching Jewish website.

“The conventional demarcation line between life and death, that the demise of the body represents an absolute end to life — we prefer to focus on the soul’s next stage,” Rabbi Shmotkin said. “What’s the person’s continuing impact on this world? What can we learn from their lives to apply to our own?”

It was early enough in the pandemic that each death made the news. The first confirmed Jewish death Mr. Reicher could find was on March 15. He made note: “Daniel Scully, 69, Las Vegas, Nev.; Chicago Cubs fan and all-around happy person.” In early April, during Passover, he opened his computer and saw that at least 30 people from the Hasidic community in Williamsburg, Brooklyn, had died over a period of two days.

His head filled with names and numbers of the dead. From a wedding in Morocco, 20 people dead. On some days last year in April, he would get 70 new names. He worked alone in the middle of the night from his parents’ house in Melbourne, away from his nine siblings, so he could maintain contact with New York. The names came from Israel, Argentina, England, Russia, Iran, but especially from Brooklyn, the source of 266 names so far. Their families, often denied the normal rituals of mourning, were grateful to talk, he found. The dead were becoming people to him, not statistics.

“These stories I was hearing from all over the world, they stuck with me: the names, the Holocaust survivors,” he said.

As the numbers rose, he watched a livestream of 2,500 Orthodox Jewish men in Williamsburg mourning the death of a revered Brooklyn rabbi, despite restrictions on large gatherings. Other large funerals followed. His work made him keenly aware of the likely consequences, but also of the human need to come together in loss.

“I remember thinking, ‘Please be smart,’” he said. “With each one, I thought: This is the last of the great rebbes from before the Holocaust; this is the rabbi who rebuilt his community and his family’s traditions from the war, when he started with no one in New York. He rebuilt the community and the infrastructure.

“And they were expected not to mourn. I remember sympathizing a lot. I was counting the death toll and seeing these people who just wanted to mourn. It was very hard to reconcile. I don’t think I’ve reconciled it. It looks like there’s one right answer. You say, No mourning. But we’re only people.”

Melbourne went into lockdown, came out, went back in for 100 days. When friends introduced Mr. Reicher to a South African woman who was studying in Australia that May, he thought immediately of marriage. But how? He couldn’t meet her family. Maybe no one could get to South Africa for a wedding.

His work, focused on death, permeated his courtship as well. On dates with his future wife, he said, he would say things like: “Tonight I wrote about 11 people who passed away, and talked to this father who was crying on the phone. How was your day?”

He returned to Brooklyn later that month, to a community that had lost hundreds of members. Before the couple could marry, the bride’s great-grandmother was on his list.

Their wedding was held in Johannesburg on Nov. 30, the wedding anniversary on the Hebrew calendar of Rabbi Menachem Mendel Schneerson, known simply as the Rebbe, a towering figure in 20th-century Judaism and builder of the modern global Chabad-Lubavitch movement. This Sunday, June 13, adherents around the world will commemorate the anniversary of the Rebbe’s death in 1994.

Mr. Reicher and his wife, Tali, both came down with the virus in February after a visit to a cousin in New Haven, Conn. They are waiting before getting vaccinated, because people who recently had the virus may be more likely to experience vaccine side effects.

He is eager to get on with the next chapter of his life. The names have slowed to a trickle of two or three a day, he said.

“I’m looking forward to it being over because there shouldn’t be people dying,” he said. “We’ve had a year to get better at Covid, to adjust. It’s still here. It’s still a reality. People are still going to be passing away.”