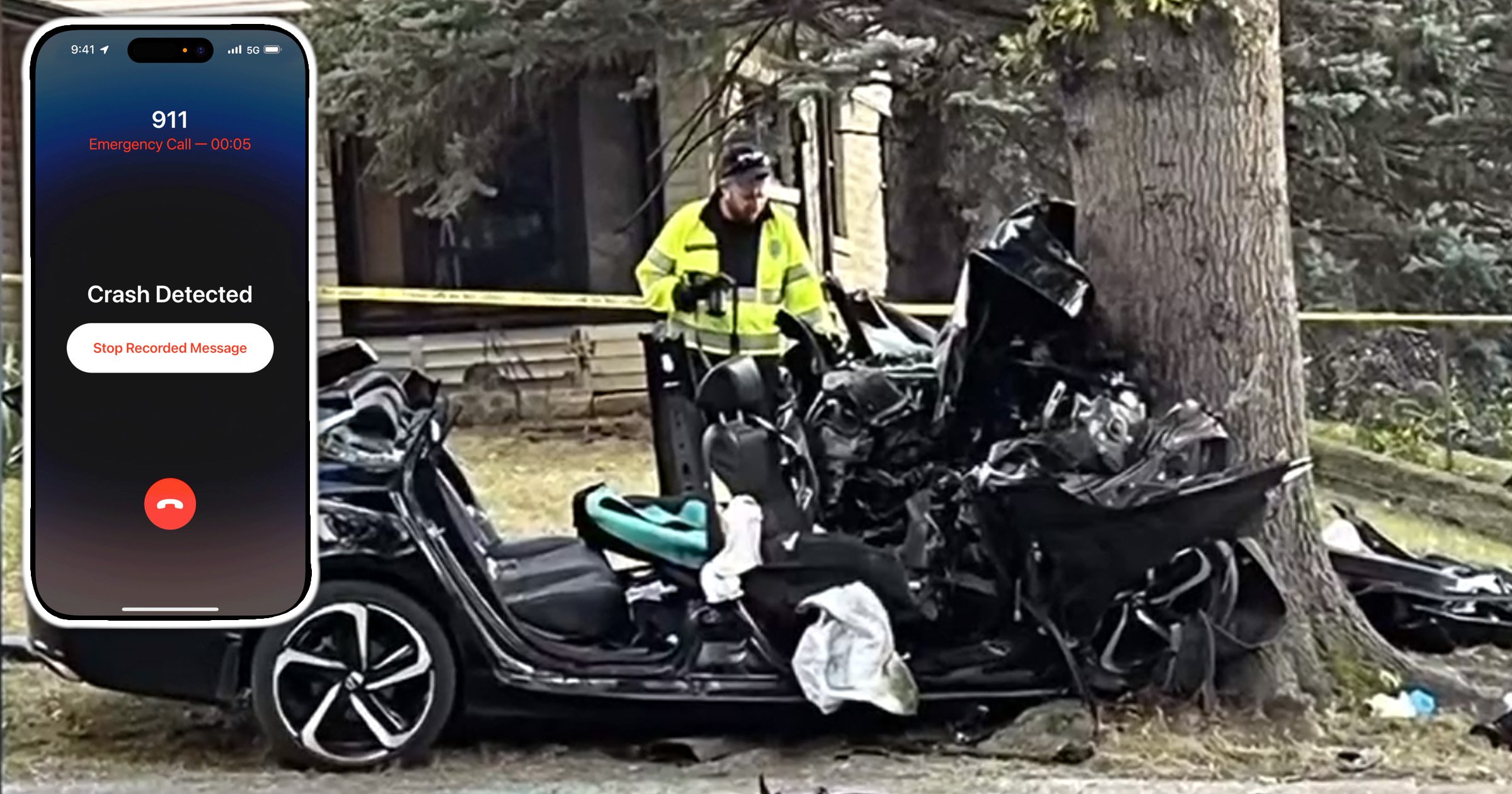 A feature on the new iPhone 14 reportedly dialed 911 to alert police of a horrific crash that killed six young adults.

The accident early Sunday was the ‘worst crash in Lincoln in recent memory’, according to cops in Nebraska.

A recording from the recently released iPhone indicated that its owner was not responding to the device at 2.16am after being in a serious crash, police said.

Responding officers found what appeared to be a black Honda Accord stuck in a tree in a yard from the impact.

A 26-year-old man who was driving, as well as four male passengers aged 21, 22, 22 and 23, were pronounced dead at the scene, Fox Business reported. A fifth passenger, a 24-year-old woman, was transported to a hospital, where she died shortly after.

Two of the victims have been identified as Nick Bisesi and Jonathan Koch, both 22, according to the Daily Mail. The other four victims had not been named as of Monday night, pending notification to their families.

Bisesi was a student at the University of Nebraska-Lincoln, majoring in advertising and public relations, and set to graduate in 2024. Koch had graduated and was working in human relations.

The iPhone 14 is equipped with a sensor that includes a high-G-force accelerometer that picks up when its owner is involved in a side impact, rear-end or rollover crash. The ‘crash detection’ feature only switches on inside a moving vehicle.

‘We’ve been trying to think of another accident this bad and we haven’t come up with anything. I’ve been with this department for 25 years and can’t remember anything as horrible,’ said Morrow.

‘The cause of this accident is going to take us some time to pin down.’

Morrow added that investigators ‘are looking at all possibilities, including alcohol, speed or distracted driving’.

The iPhone 14 went on sale in mid-September.